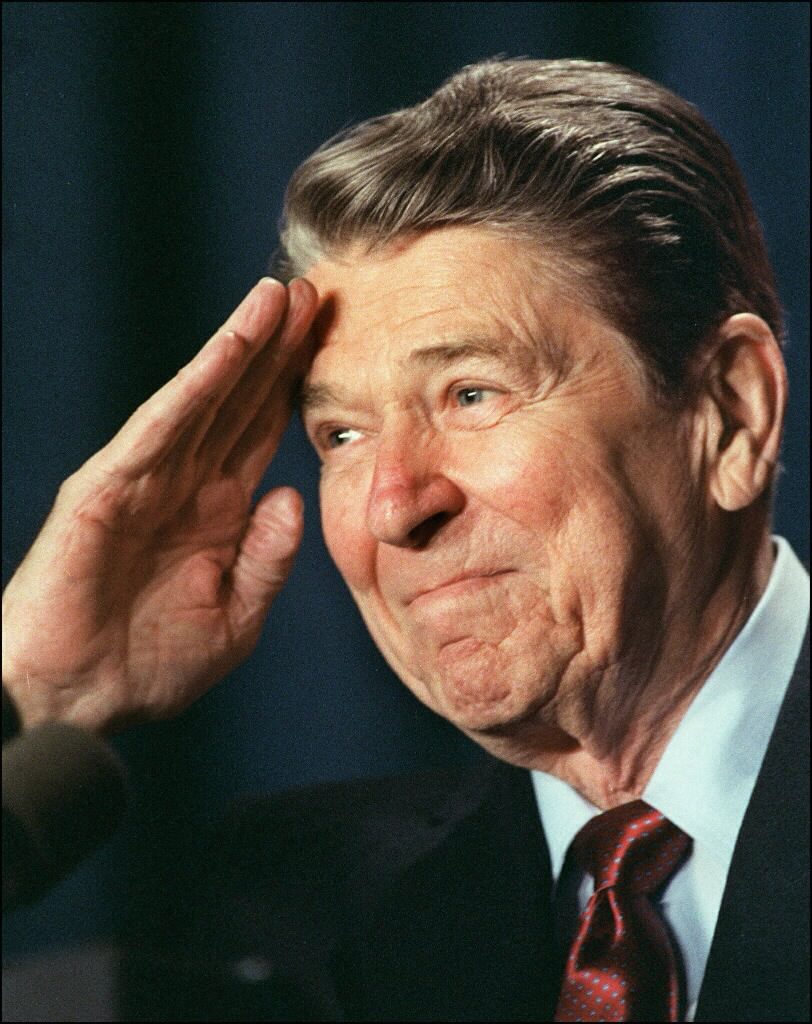 The postmodern landscape of the West has been scorched by the unforgiving fires of secularism. Aleksander Solzhenitsyn wrote of its desolate wasteland. He had seen it in the Soviet gulag only to see its hideous and dark spirit appear in late twentieth century America and Britain:

“The entire twentieth century is being sucked into the vortex of atheism and self-destruction. We can only reach with determination for the warm hand of God, which we have so rashly and self-confidently pushed away…There is nothing else to cling to in the landslide.”

As we wind our way through the early years of the twenty first century the secular state seems to grow unabated and many fear that the landslide is inevitably leading to disaster. It is dangerous to ever disagree with Solzhenitsyn, but I do think there is something to cling to in the landslide. There is, of course, as the great Russian freedom man reminded us, hope in the very God we deny. Time and time again, He has proven that His love and grace are greater than all our disregard. But speaking of those instruments that he has provided for us, signposts to His grace, if you will, I think that we have the legacy of the 40th President of the United States to hold onto. I believe that President Ronald Reagan’s legacy of religious liberty is a strong branch to hold onto in the secular landslide and spiritual erosion of our own day. Let me explain what I mean, briefly, by pointing to two enduring areas of Ronald Reagan’s legacy that help us today to strengthen our grip on religious liberty and thus have the optimism and hope that President Reagan had against all odds.

We all know that President Reagan often used the John Winthrop phrase “city on a hill” phrase taken from his sermon aboard the Pilgrim ship Arbela, sailing to America from England. The phrase became the very hallmark of President Reagan’s political vision of America’s past and America’s future. It was a vision grounded in his understanding of the American dream. America was a nation of men and women who had covenanted with God to do great things for others if God would give His blessing to them and their posterity. President Reagan believed that we lived on the spiritual capital of those prayers and promises. He once said,

“While never willing to bow to a tyrant, our forefathers were always willing to get to their knees before God. When catastrophe threatened, they turned to God for deliverance” (National Day of Prayer Proclamation, 3/19/81).

We need to remember that we don’t live in a secular state. We live in a nation where the government was guarded from meddling with the free expression of worship of a faithful people. This is the first clause of the first amendment of the Bill of Rights. For President Reagan, it was first in his life also.

In his first year in office, during his first Christmas address to the nation, the President took the opportunity to share his own faith with the nation. Ronald Reagan knew that he was addressing a  nation filled with a host of people expressing their faith in many ways, as it should be in America. Yet as president he modeled that one did not have to leave faith at the door just because you worked in a government building. So he shared his faith that the child in the manger born that night was more than a baby. He believed that He was the Lord. The Washington Post printed the President’s address, but did not print that part of his address. President Reagan’s pastor at National Presbyterian Church in Washington D.C. was flabbergasted. He wrote to the Washington Post to protest what they had done. Nothing happened. So the pastor printed the entire address in the church bulletin. He was surprised when the received a note from President Reagan thanking him for printing his address, including his testimony about Jesus Christ. Having recently transferred his membership into the church from Bel Air Presbyterian Church in California, President Reagan added in the hand written note that he wanted never to embarrass the pastor or congregation or let them down. The pastor could not believe that the POTUS was reading the church newsletter! Yet it revealed what President Reagan felt was of supreme importance: religious liberty.

He would later demonstrate this in his dealings with Mikael Gorbachev and with other world leaders. He would prove this with seeking the asylum of Jews who wanted to leave the Soviet Union to immigrate to Israel. He would prove it in his support of Roman Catholics in Eastern Europe.

And this is what we learn: we must not muzzle anyone of any faith, including evangelical Christianity and conservative Jews and Roman Catholics who so often do get muzzled. If those, whose voices represent the main voices of freedom in Western Democracy are shut up, then other religions will soon be silenced as well. Islam flourished here because Christianity and Judaism is strong. If the faith of the Bible on which Western Civilization is silenced, then all faiths, and those of no faiths, will be subject to harassment or worse.

Religious Liberty is the first right of all rights. That is the first legacy lesson of President Reagan. The second is like unto the first.

This is very close to the first legacy lesson, but it is somewhat different. What does it mean that religious liberty is fundamental to all other rights? It means that when the founders placed religious liberty as the first of all of the Bill of Rights, the other rights derived their existence from this right. Freedom of conscience in expressing faith in the world towards the ultimate questions of a Creator, of the existential questions of “Who am I? Why am I here? And Where am I going? What is life all about?” gives worth and value to what it is to be human. If that is taken away, then all other rights are lost. As President Regan put it,

The only president to write a book on the value of human life in the womb was Ronald Wilson Reagan. In his classic book, Abortion and the Conscience of a Nation, President Reagan wrote,

“Despite the formidable obstacles before us, we must not lose heart. This is not the first time our country has been divided by a Supreme Court decision that denied the value of certain human lives. The Dred Scott decision of 1857 was not overturned in a day, or a year, or even a decade” (p. 19).

In that book, Reagan also wrote,

“The question today is not when human life begins, but, What is the value of human life? The abortionist who reassembles the arms and legs of a tiny baby to make sure all its parts have been torn from its mother’s body can hardly doubt whether it is a human being” (p. 22).

We live in a day when Statism, an unhealthy and unwise dependence upon the State, is replacing our dependence upon self, the family, the community, the Church and synagogue, the grassroots government systems, and in many cases, God. It is no wonder, then, that the State seems to march unimpeded through increasing layers of our lives. There seems to be a veritable welcome mat at so many front doors. But there is a Faustian deal and a devil’s debt to be paid for trading our freedom for security from the government. It was a deal that President Reagan warned us against. The deal usually involves the taking of religious liberties first because the State, a beast-like force that is operated by an elite hierarchy, sometimes unwittingly doing the bidding of unseen powers, strikes first at the fundamental of all rights, religious liberty, in order to deal a blow to all liberties. Reagan knew this. The city on a hill reminded him of the fundamental nature of that liberty. That city must continue to shine in our own commitments and we must never allow her gates to be opened to any who would offer us safety if we just stop letting the light shine for just one second. It is, as the President would say, still the last best hope for mankind.

In 2004, Jerry Newcombe interviewed Dr. Paul Kengor for a TV piece on President Reagan’s faith. Dr. Kengor said, “What the historical record has overlooked is that Ronald Reagan was carried by a set of Christian convictions that go back to the 1920’s that carried him even longer, and that, in fact, informed those political convictions that came later. And that’s the side of Ronald Reagan that we all missed.”

I happened to believe that the famous Reagan optimism is grounded in the faith of Ronald Reagan, a faith that grew stronger through the years. Ronald Reagan believed that only one thing could ever hurt this nation and that would be if we finally forget that we really were the city on the hill that Winthrop prayed for us to be on that ship in the Atlantic ocean that day. If religious liberty, the first of all liberties, the fundamental liberty that feeds freedom itself, were taken for granted, then we would lose the connection with the One who has secured the blessings of freedom for America. In days like these it is good that we recall these prophetic words from President Reagan: “If we ever forget that we’re one nation under God, then we will be a nation gone under.”

I don’t believe we are there. I believe that there are still many who pray for God to stir our hearts to seek His face and turn to Him for guidance in these days. Amidst all of the social engineering that the current administration is doing with our military I still see soldiers turning to God. As a Christian minister I still pray with soldiers to receive Christ. I still lead people in prayer in civic gatherings in our country. I still see the expressions of faith that are present in the many immigrants coming to our shores. America is not forgetting God even if some in our government may be and some elites may want us to. The problems are too great. The challenges of life are too complicated. The landslide is happening too quickly.

But there is something to hold onto. There is a legacy. There is a city on a hill still shining. Thank God. And thank God that every now and then He exalts righteousness in our midst and gives us a leader who reminds us that the city is not made with human hands, but is an eternal city that we seek. I can think of no more powerful words in this regard than words Ronald Reagan declared when asked about the greatest need of our nation. His reply?

“I think our nation and the world need a spiritual revival as it has never been needed before … a simple answer … a profound and complete solution to all the trouble we face.” (1972, Governor’s Prayer Breakfast, Sacramento, CA)

I hope you will allow me the license at a time like this to say “Amen.” For the sake of all men and women of all faiths I pray that too. May God bless you and may God bless America with such vision again. Thank you.