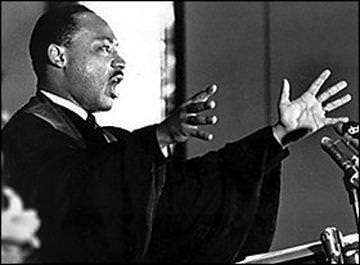 A pastor I know recently told me that he was criticized for being “too political.” He has heard such an indictment all his ministry, he said. Today he leads a major ministry in America and battles daily for the rights of pastors to speak so that believers can speak. Recently, he has preached of the evils of and disastrous consequences of same sex marriage and the repeal of “Don’t Ask, Don’t Tell.” His prophetic word upsets the establishment. His voice is prophetic. His heart is pastoral. Can the two co exist?

I have heard the similar charges in my ministry through the years. I accept the critique. However, if the matter is important enough for me to address in preaching or writing, I believe I am just being pastoral to God’s people. I cannot compartmentalize the Lordship of Christ to only one area of life. He is Lord of all.

So, is it right that pastors should remain silent about important matters in society that are being debated in the public square because someone is trying to establish in our culture that there is no place in politics for religious beliefs or moral convictions that have been born out of a faith commitment? Because people (and fellow pastors)squirm when sin is exposed in politics or culture, does that mean we should refrain from preaching? No. It may mean just the opposite.

Is a pastor solely limited to sharing the Gospel to his flock on Sunday mornings? Or was the late Dr. John Stott right that one of our identities as Gospel preachers, in a faithful Biblical portrait of a pastor, is a “herald”? The pastor is not a prophet, yet he most certainly does carry a prophetic voice and speaks with Biblical authority to other Beast-like powers when there are souls at risk or the honor of Christ and His Church under siege.

I have an intuitive concern that the liberal professor who won’t let the young believer raise her hand in a state university and speak from her conviction is now trying to govern public discourse. Well, I am not governed by political correctness that has been born out of a liberal educational system or by the pressure of a liberal press but by the one and only true God. The public square is not the university professor’s classroom nor is it the TV news studio. This is my Father’s world. Therefore, I speak, and I speak publicly, as the Lord gives an open door, through media, because I am compelled by compassion for souls that may be victims of systems that will ultimately enslave them.

I believe that pastors must speak to our declining culture, whatever their pulpit. I am pastorally concerned that that there are dangerous idols masquerading under the banner of politics in this increasingly secularized culture. These heaven-rejected powers prefer that we keep quiet. But when the powers move beyond the Machiavellian machinations of politics to the advocacy of principles at odds with God’s Word we must call them out.

The prophets and church fathers of old spoke forth concerning the actions of governments, individuals yielding power, and the idols of culture. Our Lord Jesus did when he said of Herod “Go tell that Fox” (Luke 13:32), St. Paul did, the church fathers did, and the Reformers did. In the Twentieth Century I thank God that J. Gresham Machen (1881-1937) was not afraid to speak to the ungodliness in his culture (read Stephen Nichols‘ fine biography of Mechen). And what of Bonhoeffer opposing the idolatry of Statism and the ungodliness of the Church being subservient to National Socialism? How about Solzhenitsyn exposing the inhumanity of Soviet Communism and the horrendous conditions of the gulag?? What about the preaching of Martin Luther King, Jr as he warned of the evil of a racism that had to be eradicated from our own culture? Today pastors like Ugandan Archbishop Henry Luke Orombi preach against the powers of darkness, expose evil in government, and even in churches in our own nation as missionaries to America, and warn people while compassionately inviting them to Christ. Why? Because pastors are like watchmen on the wall (Ezekiel 33) required by God to sometimes we must warn of coming danger, even if others cry “Off limits!” To do otherwise is to be disobedient to our calling. God says if there is harm to his people because the watchmen were silent they will have the blood of the people on their hands. This is a sobering warning to pastors and trumps any criticism of being “too political.”

Yet the challenge of discernment is acknowledged. What must we do?

(1) Pastors must represent no man but God and party but His Kingdom. We therefore refuse to be used as pawns by any political party. We are aware of Psalms 2 that the rulers of this world conspire against God and His Son. We study. We pray. We speak, therefore, when we must, on behalf of the truths of God’s Word to help people.

(2) Pastors must diagnose the presenting ill to discover the real issue beneath it. Only then do we speak. Diagnosis requires prayer, wisdom, courage, and the leading of the Lord. Speaking requires courage and counting the cost. If it is a real or potential spiritual harm coming from the presenting issues of culture or politics, then we must deliver the diagnosis and offer the cure in the Person of Jesus Christ and His Word. If I happen to yell “Warning!” and the demon under the cloak of culture is a straw-man then I have expended my pastoral capitol, perhaps compromising my ability to preach into real or more critical situations. But if it is not a straw-man, and instead an instrument of the “devil, the flesh or the world” that would further mar the image of God in man or further distance us from God, then woe to me if I speak not.

So we must preach, even when the culture labels our message “off limits.” We will live with that criticism because we are pastors and we follow One and His disciples who also were criticized (and crucified) for assuming an authority that challenged theirs.

(3) Pastors must pray for each situation that startles our shepherding instincts, and weigh whether a given issue is an assault on our conscience worth exposing. It is understood that some matters are just politics or a reflection of a sick culture, and a pathology more ably addressed by other men and women.

(4) Pastors must ground their preaching in God’s Word, the Bible. We have no authority apart from His Word. We must also always offer the way out through the Gospel of Jesus Christ. To do less is to be embroiled in the political debate. But preaching with an conclusion that leads to freedom in Christ is above the storm, where it should be.

My pulpit (including this column) is not for sale to any political party. I care not a whit for using my position to promote any political agenda. I do care for souls. That is my job. And I will preach. That is my calling.

Jesus said that we need to be as wise as serpents and harmless as doves (Matthew 10:16). Thomas Watson, one the most pastoral of 17th century Puritans said of this passage in his Body of Divinity, “To understand worldly affairs is the wisdom of the serpent; yet to not neglect the soul is the innocence of the dove.”

Dangers exist on all sides for the pastor. But, who said the job would be easy? Yet to silence the pastor in any realm is to cause the Church to retreat into a secluded ghetto where we can no longer be salt and light in the world. And that cannot be. We are pastors. We are shepherds. We comfort the afflicted and on occasion may afflict the comfortable, as it is sometimes put. The ground of our ministry is love from a pure conscience. Let us not abandon our post as long as God gives us the strength to stand. Let us be silent no more.