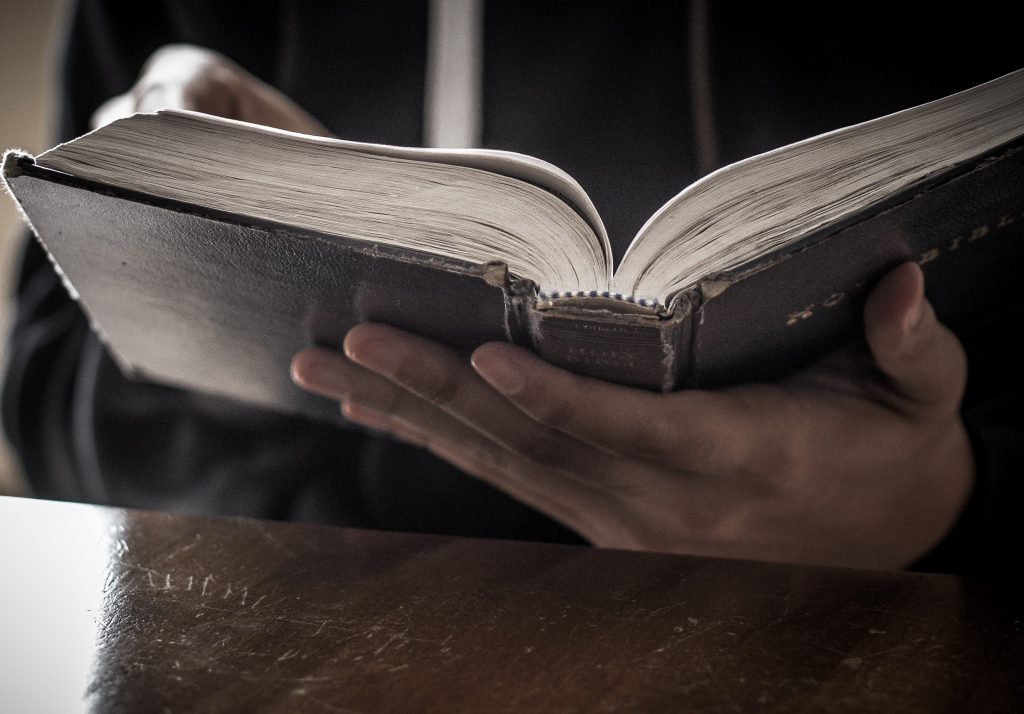 I offer a homiletic method that I have used in both seminary, mentoring younger pastors, and in teaching Chaplains in the United States Army. I call it “the Expository Sequence.” Adapting, including, and applying the insights from expository and rhetorical masters, which we list in the bibliography, we have sought to demonstrate an approach that identifies the mind of God in the passage, presents that divine wisdom through a sermon outline that is based on the logical movement of ideas culminating in a closing argument: a time of application, a moment of decision.

Goal: To unfold God’s revealed Word to others with faithful clarity and spiritually effective means of communication.

Summary: By sequencing the sermon through careful exegesis of the text the Preacher is better positioned to obediently preach the Word of God.

Section 1: From Attention to Interrogatory Sentence and Response

Questioning the Text: “What is this passage about?”

Arrest attention immediately. State the presenting issue (an adaptation of Dr. Bryan Chapell’s Fallen Condition Focus) that will lead to the resolution in the Scripture. Your first words may be a startling statement or a provocative question. Don’t begin with the opening illustration. Use this opening moment of the sermon time to draw the listener into the presenting issue in the Scripture. Re-create the tension in the text.

The transition must be made carefully. Avoid, “This reminds me of . . .” Build anticipation by silence before illustrating the presenting issue.

Questioning the Text: “What does this sacred text say to me and our People?”

Lead to the Biblical response with a transitional statement.

Questioning the Text: “What is the story in the text?”

State how God addresses the presenting issue in the exegetical statement. This is not the “Argument.” This is a summary of the sacred text emphasizing the presenting issue and promising a resolution or God’s response (the resolution may be a response but not a full “how-to” as in God’s answer to Job). This need not be fully realized in this movement. This leads to the Expository Statement.

Transition by announcing that God has provided a response to us today from this Biblical story.

Questioning the Text: “What is God saying to the Preacher and the People?”

Show how the presenting issue (a universal human need, a wrong that must be righted, a problem, or a universal theme) can be met or satisfied.  This sequence may utilize an argument framed by objections, hortatory statements, or “proofs” (Puritans).

The major transition from Expository Statement to the Argument is created by the formation of the Interrogatory Statement with Key Word (James Braga) and the Response.

The answer to the Interrogatory may be stated or not. You will answer “who, what, how, when, where” of the text. The Interrogatory Response binds Section 1 of the sermon to Section 2.

You can implant conviction by proving that you have the answer to all known objections (Keller). This is a very useful approach to establishing the Argument in a Secular Age (Charles Taylor).

You may also call for action from the text via “hortatory” (Jay Adams) headings (“You and I must admit that we are sinners. You and I must receive God’s love.”). In the hortatory approach to the Argument, further questions must be asked of the text and the context.

Alternatively, you may “argue” with conviction, from the text, by establishing “proofs’ from the text (“God is love. God is light. God is calling.”). This may be the most popular rhetorical method employed in church history.

Be careful to avoid a staccato pronouncement of the Expository Statement. Movements (Buttrick) allow for a more conversational presentation and, thus, more easily received by the listeners. The Post-it™ note statement of A-B is the fruit of the movement.

Section 2: From Argument to Close

Questioning the Text: “What is the Biblical response to the Interrogatory Statement?” (Divine Truth Exposited)

Questioning the Text: “Lord, how does this part of Your Word guide me in composing Your answers to Your presenting issue?” (Divine Truth Proclaimed)

Each heading is (ordinarily) a Scriptural response to the interrogatory (which is tethered to the Expository Statement, which is generated through prayer and meditation from the Exegetical Statement, which is stated following an arresting introduction about the Presenting Issue of the Biblical text). Each heading is explained by (1) Discussion of the Text (that establishes your “authorization” to preach the Application to the People); (2) Illustration of the Text; and (3) The Application from the text.

The exception to the order of the argument (Discussion, Illustration, Application) is a Comparison. The comparison is an adjunct teaching step that follows the Discussion. The Preacher adds Scripture comparison if the passage contains difficult or provocative concepts. Vindicate the obscure by the plain.

The Preacher may add an adjunct component to the Discussion. The Textual Comparison allows for the additional buttressing of concepts by overcoming possible distractions within the text.

Illustration (“How can we relate to this argument heading?”)

Application (“What does this mean for you and me?”)

The headings in the Argument are connected by the Interrogatory Response.

The close is a continuation of the main body Argument. The close will summarize the expository statement and argument before moving to the “vision of the sermon.” This is followed by a call to action. The close is the pause before prayer or an ascription of praise.

Questioning the Text: “Lord, what does faithfulness in the text look like?”

Recapitulate the Expository Statement and the Argument headings in a conversational expression.

What is often labeled the “Concluding Illustration” is here recast as “visualization (Alan H. Monroe, 1920s, at Purdue University).” The Question of the text is: “What does this look like?”

Picture the benefits of following God’s response to the presenting issue from the text. Paint the closing narrative of what life could be like if “you followed God’s gracious way and received His power for doing so,” with a compelling story, allusion, or metaphor (“Consider the lilies of the field . . . “).  Logical conclusions must be expressed in human emotion, not syllogistic equation. Human emotion untethered from the text produces an unBiblical emotional response. Emotion (conviction, burden, love, longing) that is authentically experienced by the Preacher, in the power of the Holy Spirit, is the spiritually effective way to elicit the longing for God’s will in the sermon.

Ask for a definite decision or action.

Close the sermon with a pause before prayer. Wait for God. Wait for the power of God’s Word to hit. Only then offer a Trinitarian close or a Prayer of Response.

Old, Hughes Oliphant. The Reading and Preaching of the Scriptures in the Worship of the Christian Church. Grand Rapids, Mich.: W.B. Eerdmans, 2007.