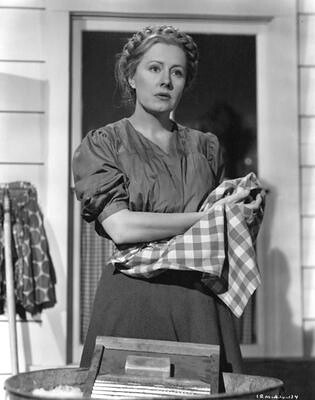 This Mother’s Day was a wonderful day. I am on some time down, seeking healing from a little condition that we are praying the Lord will heal. In fact, I awoke feeling quite healthy, “like a million dollars,” I told my wife. I went out in my pajamas and gathered flowers for her from our rose garden—”Elsie Mae,” “Mr. Lincoln,” and some yellow yarrow snipped and placed in the bunch to top it off. My son and I gave my wife her gift. We were all dressed, with a fresh Elsie Mae rose bud pinned on my wife’s dress for a homemade corsage, ready to go to church. At the last-minute, the “million dollar” feeling proved to be a bad check. I felt faint again, slumped a bit, “slowed down” (as my son says); so Mae, wisely, advised that I stay home. Dressed in my Sunday best, I lay down on the couch to recover, even as I watched my wife leave for church. I hated that. I hated that my wife had to go to services on Mothers’ Day, of all days, without me! But my son escorted her with the most chivalrous of attention, which gave me great joy.

The afternoon was better for me. We sat outside together, in the garden, drank iced tea and talked. It was the most wonderful time with the most wonderful mother and wife, and the most interesting woman I have ever known. It is an honor to be her husband. I am sure the happy husbands reading this all understand. We all “married up” didn’t we fellas? Well, we ended the day by all gathering around the television to watch a movie we had been anticipating for several days, “I Remember Mama,” with our favorite actress, Irene Dunne. We just finished watching it and now we are headed for bed, after devotions. The movie, one of the best I have ever seen (ranking in my top five list up there with “It’s a Wonderful Life,” “Mr. Smith Goes to Washington,” “The White Cliffs of Dover,” and “Penny Serenade” (the former two movies also starring Irene Dunne). The movie, based on the remembrances of one of the daughters of this 1910 Norwegian family, Kathryn Forbes (in her book, Mama’s Bank Account), features Dunne in an Academy Award nominated role as Marta Hanson. Directed by George Stevens, the movie tells the story of a godly woman, who gave herself for her family and in doing so became the symbol (I am not sure if Stevens intended this) for immigrants who made this country great. It is also about the influence of “mother” on a family through the generations. Most reviewers say that one cannot go away from the film without being mesmerized by Dunne’s Norwegian accent and the nobility she reflected in this lovely character. I agree with all of those thoughts, but I, for one, take something else with me. I believe that Dunne’s I Remember Mama character is a portrait of all of the best that God made when He made mothers. And that led me to thinking about my own wife and her influence. It leads me to end this day with praise to God for His perfect creation of the family and that He remembers Mama too. Thank you Lord.