The greatest stories are stories that show in some way the drama of creation, fall, and redemption.

In Advent, the Story of stories comes to life. The story comes to life in hymns, liturgies, and customs that touch us in places that go undisturbed for most of the rest of the year. Now is the time when the story is told again. One way that story is told is through film. There are plenty of “Top Christmas Movies of All Time” sites out there. What I am offering here is a personal reflection on how the Advent of Jesus Christ is brought out in a few great films.

I’ll begin with a lesser-known film for you and your family: “Penny Serenade” (1941). You may not be familiar with this one, but you should be. The Christmas story of redemption is richly portrayed in this heart-warming melodrama. It stars Cary Grant and Irene Dunne (1898-1990)—the “First Lady of Hollywood” and a four-time, Oscar-nominated actress considered by some the greatest actress of the era. Grant and Dunne impart unusual pathos and depth to this moving story.

Irene Dunne’s character is a clerk in a record store. As she draws near to the camera, on a Christmas Eve, she puts on a record. The record acts as a sort of soundtrack for each chapter of her married life: she reflects on her impulsive marriage to a high roller, her miscarriage, her financial struggles in making a two-bit newspaper work, a loving adoption, a shattering loss … and more. Each of Dunne’s reflections draws us into the story of Creation (her marriage to Grant), the Fall (Grant’s grandiose dreams which bring the couple to ruin, broken dreams, childlessness), and then (it seems) loss again. Yet it is not a lost cause after all. Their redemption, like ours, comes in a child. The story climaxes on Christmas Day, and I cannot see the film without feeling the sense of incarnate hope.

This film is one of the best of the best to lead aching hearts to redemption. It is redemption best told because it does not overlook the shadows nor deny the creative image of God in man and all the possibilities which that brings. 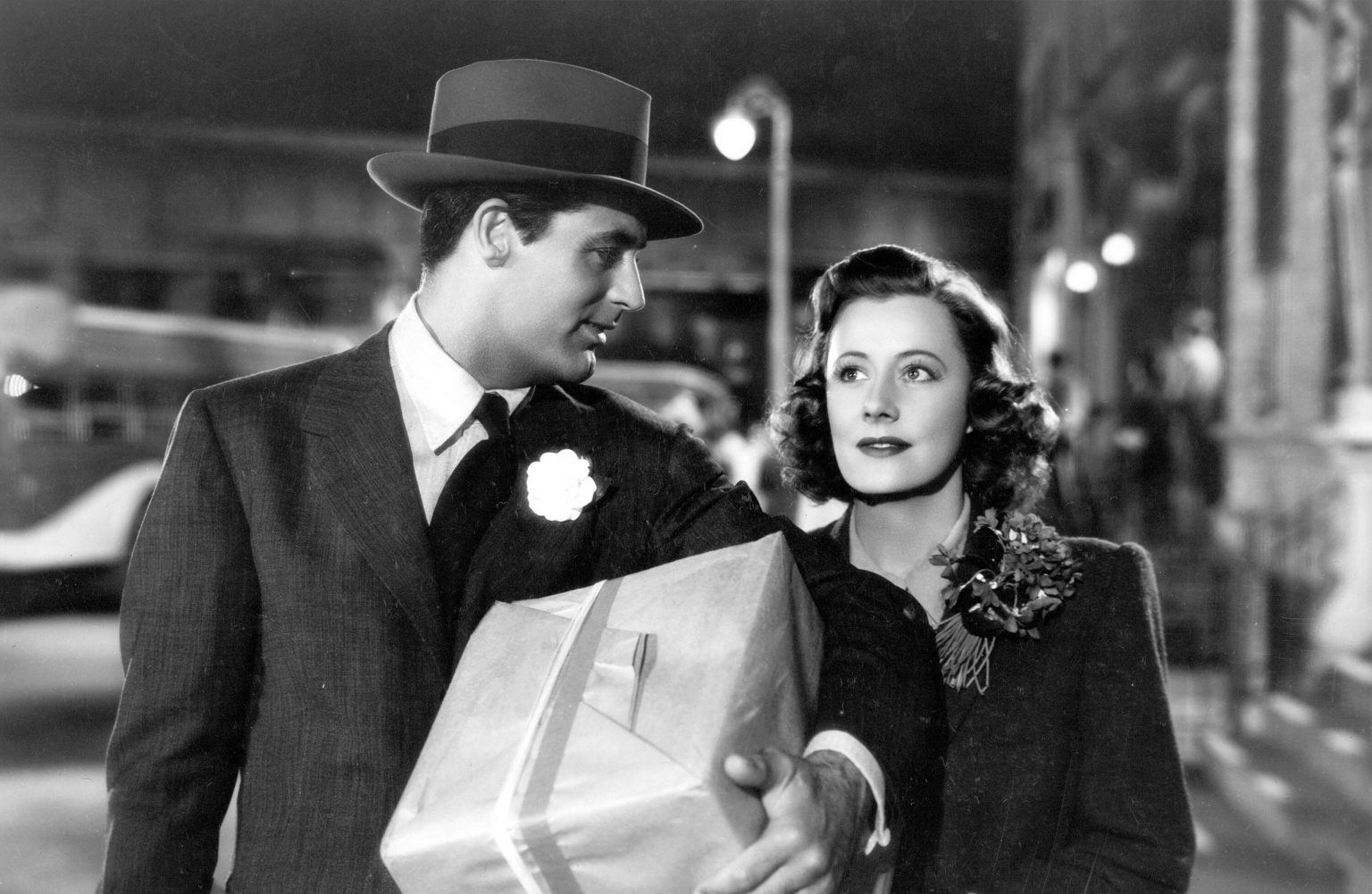 Credit great direction by the peerless George Stevens with the Grant-Dunne superb male-female lead, and you will “get the picture.” “Penny Serenade” is a classic.

In Walker Percy’s debut novel, “The Moviegoer” (1961), Binx Bolling, the soul-searching, forlorn character set in New Orleans in the post-Korean War years, sought in vain to find meaning for life through, among other pursuits, the movies. Yet, the confused, war-worn young veteran finally surmised:

“The search” was everything for Percy. But it makes me think that Dr. Percy obviously had not seen “Penny Serenade” when he wrote that one line.

Tied with “Penny Serenade” as my personal favorite is “Going My Way” (1944), with Bing Crosby as Father Chuck O’Malley, the young upstart happy-go-lucky priest who liked to wear St. Louis Browns baseball gear and coach Brooklyn street gangs and transform them into singing cherubs, and who specializes in revitalization of old parishes. The simple, poignantly familiar human story, the quaint, innocent music, the made-for-storytelling characters, and warm touch on your heart will leave you wanting more.

So, if you would indulge me, here are other favorites of mine, which are better known:

The Christian worldview is also seen clearly and movingly in “Meet Me in St. Louis” (1944), “Christmas in Connecticut” (1945), and “The Bishop’s Wife” (1947). Then there is “A Christmas Carol,” the 1951 version with the Scottish actor, Alastair Sim. Of course, “It’s a Wonderful Life” (1946) is Frank Capra’s masterpiece, casting James Stewart and Donna Reed in what is become the perennial number-one classic Christmas movie on anyone’s list.

Each of these films, like “Penny Serenade” and “Going My Way,” has the makings to move us to reflect with an authentic Biblical worldview. And what is the view? What’s the picture? It’s John Donne’s “eternity cloistered in Thy dear womb.” It’s T.S. Eliot’s humble description of the Incarnation in the the third of his Four Quartets: “the hint half guessed, the gift half understood.” It is C.S. Lewis’ response:

“If we find ourselves with a desire that nothing in this world can satisfy, the most probable explanation is that we were made for another world.”

When Penny Serenade or It’s a Wonderful Life becomes the handmaiden of that greater transcendent vision, and the longing is named—our Lord Jesus who has come to fill the eternity in our hearts with His life lived for us and His death on the cross on our behalf—and we receive the gift of heaven by repentance of our sins and faith in Jesus Christ, or share His life with another, then—then—we really get the picture.