How did he put it? 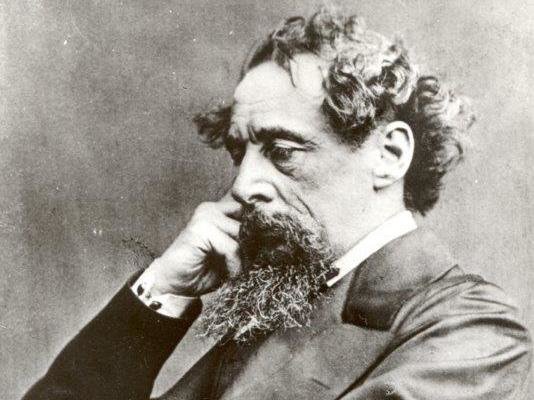 The dialectical rhythm of the author’s prose is more than aesthetic flourish. The man is writing with an acquired insight that others omit when speaking about the poor. This rare but potent perception was a principle reason that the indefatigable G.K. Chesterton famously penned his remarkable tribute (1907) to that giant novelist and social reformer, Charles John Huffam Dickens (1812-1870). One phrase in Chesterton’s essay, ultimately, became the title of a G.K. Chesterton book on Dickens: “The Last of the Great Men” The sagacious Chesterton rightly observed that Charles Dickens demonstrated the capacity to speak into the inhumanity of poverty without dehumanizing the poor. Chesterton compared the views of the writer, George Gissing (1857-1903) with Dickens (1857-1903) when he asserted Dicken’s more humane position on poverty:

“It is clear that whereas Gissing would say, ” See how their poverty de­presses the Smiths or the Browns,” Dickens says, ” See how little, after all, their poverty can depress the Cratchits.” (Chesterton, Dickens, 277)

And in another place:

Chesterton was right. Dickens was one of the last great men, one of the last great social reformers. Many otherwise well-meaning social reformers are duped into “changing a system,” rather than seeing a person. Dickens was “great” precisely because he did not see a social system but a community of people. Dickens’ perceptions flowed from the fountain of his experience, through the nib of his pen, and allowed a generation to see the poor as people.

Invariably, there are stories that should be told about how the blight of poverty appeared; stories of loss, but also stories of life lived—often, life lived well, marked by indescribable human joy in spite of material deprivation (thereby, causing the child’s birthday party, or the celebration of the first snowfall, even more remarkable); and hopeful tales of redemption.

My Aunt Eva, who reared me used to tell me, “The Lord loves poor folks or He wouldn’t have made so many of them.” We were poor. And her quip, intended to make fun of our predicament, demonstrated the exact nature of Dickens’ insights.

Though once owning considerable land holdings as a result of Mississippi Territorial land grants after the War of 1812, our stake was reduced to small plots divided amongst the descendants. In short, by the time I came along in the middle of the twentieth century, we were financially ruined. Like so many other founding families in the southern colonies, the Milton stream of accumulated wealth widened and deepened through the blood and sweat dredging of public service, and, particularly, military service.

Following the Great Migration (1812-1819), and the Great Panic of 1819, hundreds of families fulfilled Thomas Jefferson’s vision of Manifest Destiny, and moved westward. These intrepid dreamers cut through virgin brush, thick undercover beneath Longleaf Pine and Live Oak. Men and women whose great-great grandparents had turned Jamestown wilderness into verdant farms and expansive plantations endured hostile arrows and disease-carrying mosquitoes to develop new communities. They came to one of two settlements: the Natchez Settlement or the Tombigbee settlements of the Mississippi Territory. A great number of these pioneering families inaugurated their life-changing adventure with creaking wagon wheels rolling out of North Carolina. Michael Joseph Milton, Sr. (1770-1808) was the son of Isham Milton (1749-1834), a Revolutionary War Veteran, rifleman in in the Virginia Continental Line. After 1789 (and a loss by his cousin, John Milton to General George Washington for President of the United States of America), Isham Milton became a Methodist Episcopal preacher in North and South Carolina. His son, Michael Joseph Milton, Sr. (1795-1863), of Anson County, joined the migration. Michael accumulated extensive land holdings in Baldwin County, Alabama. This was part of the Tombigbee settlement. His four sons, including the eldest, Michael Joseph Milton, Jr., (1795-1863), my great-great grandfather, used his War of 1812 land-grant-Veteran-privilege to settle further west in the Mississippi Territory. The Fort Mims Massacre of August 1813 took the life of one of the boys, Andrew Milton. The Milton’s left land (the State of Alabama conducted surgeon the late 1960s, and I received about $100 as a descendant of the Milton land at Lake Tensaw). So, Michael and, later, my great-great grandmother, “Doc” Martha Clark Milton, cleared nearly 400 acres in what became Milton Old Fields (now, Walker, Louisiana). I have the title that My great-grandfather, Joseph Austin Milton (1833-1909), must have kept to remind him of what used to be and what could have been. For Joseph, and his brothers, William, and George, seemed destined to steward the Milton Old Fields property, with its increasingly profitable Loblolly Pine logging industry, to even greater fortunes. It would not be. The National Archives hold the war documents of that awful conflict of fellow countrymen from 1860-65. 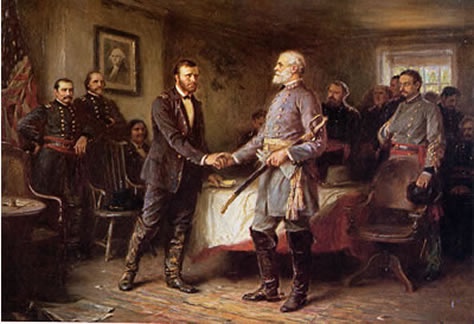 My great-grandfather, Joseph Austin Milton, who had assumed his father’s postmaster role—a blessing that would later become his curse—was a private with Company G of the Ninth Infantry, the Louisiana “fighting tigers.” He served under Old Bald Head, Lt. General Richard S. Ewell. He lost a cousin in one of the battles under the great Stonewall Jackson in the Shenandoah campaign. Then, with the revered Robert E. Lee and the Army of Northern Virginia he fought and survived at what would be the American hallowed ground of Gettysburg. The Ninth Louisiana Infantry was decimated. Soon after that bloody and pivotal engagement, Joseph Milton and his brother William limped back home. The war was over for the Milton boys. Their grandfather and great-grandfather had fought in war and won land for their blood. This generation bled in war to be impoverished in peace. So, a multigenerational struggle to regain what would be lost was only beginning.

Many believe that Reconstruction (1865-1877) under President Lincoln would have been a rebuilding with charity to all and malice towards none. But it was anything but charitable under President Andrew Johnson. Reconstruction became retribution. A veritable legion of devouring locusts in the form of thieving occupiers, punitive legislation, and war-widowed masses set upon the neglected, once-fine-tillable-land that had returned to wilderness. The locusts of Reconstruction consumed previous gains dating back to Jamestown and devastating family fortunes. Because of our family’s history of land gained through federal service and service as a postmaster just prior to the war, my great grandfather lost the position. Antebellum federal officeholders who had served in the Confederate armed forces were prohibited from holding office in the years of Reconstruction. That was the least of my great-grandfather‘s losses. My grandfather, George Michael Milton (1866-1953) was reared in fields that would have been His to farm. Instead, he grew up to struggle as a sharecropper. His cousin had been governor of Florida. But he was dead. The family tree was growing in number and shrinking in fiscal stature. 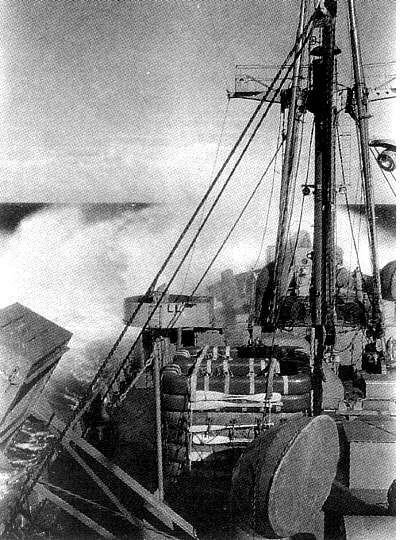 My father went to sea in the Merchant Marine. Later commissioned a Coast Guard officer, he rose to Command a troop transport in World War Two. When the War was over, my father tried farming. He returned to the sea. Maybe the salty spray, the endless horizons, the star-studded darkness, and the comforting loneliness of the unknowing sea helped to erase the past.

This is how I was born into poverty. But poverty never changed our essential personhood. Ontology is unrelated to economics. My understanding of those years of gain and loss never diminished Christian Faith in our family. Hardship might have become the nutrients for the faith that transcended generations of loss.