I love sailors. Indeed, I love ministering to mariners from all over the world. Let me tell you why.

Some of you know me as the former senior pastor of First Presbyterian Church of Chattanooga. Others know me in my role as Chancellor of RTS. Maybe some have read a book, article, or listened to a song. Some today, know me in my work with Erskine Theological Seminary and with the Associate Reformed Presbyterian Church (ARP) in supporting their work of church planting (and founding Trinity Chapel Charlotte in Weddington, NC), or through the pastoral mentoring ministry of the D. James Kennedy Institute for Reformed Leadership. Being a minister of the Gospel of Jesus Christ is a tremendous honor and each of my stations in pastoral service has been and remains an undeserved blessing. Some of you know that I also served as a Chaplain (Colonel) in the U.S. Army Reserve (I retired after thirty-two years of Armed Forces service on 28 February 2018; 41 years since I raised my hand in July 1976, to serve in uniform in the Navy). Yet, one of the most fulfilling ministries I have had in my career has been to serve as the Chaplain of the Navy League (I served the Navy League of Chattanooga). I want to tell you why.

First of all, this present-day Tarheel was once a young, orphaned teenager from a poverty-stricken area of Southeastern Louisiana, and needing to find out how I would get an education. I took a test to try to qualify for the Navy Security Group to be a “spy!” What I really wanted was an education. And the United States Navy sent me to the Defense Language Institute in Monterey, California. I got my first two years worth of collegiate education there. I went on to be a Top Secret linguist in the Navy. After the Navy I served for sixteen years in the chemical industry, becoming a manager in Kansas City. Later, when God called me to preach the Gospel of Christ, I went off to seminary, earning a Masters degree, then after that, a Doctor of Philosophy from the University of Wales. I later earned a Master of Public Administration from the University of North Carolina at Chapel Hill. Now, I tell you this not to flash my educational credentials in front of you who have equal or more (or more impressive, like a degree from that most prestigious of universities that is easy to get into and hard to get out of: the School of Hard Knocks). No, I tell you this to let you know: that everything good that came to me in my career and in my education started with the Navy. And so I feel a sense of gratitude to the Navy.

Secondly, my father, Jesse Ellis Milton, who died when I was only six years of age, was a Merchant Marine Chief Mate, which is a Merchant Marine executive officer of the ship (he also held the rank of Commander in the U.S. Coast Guard), who commanded troop transports during World War Two. I can’t remember a great deal of my father, but I can never forget the sight of him in his Merchant Marine officer dress uniform. I grew up, every day, seeing the photograph (that my wife now displays in our home), a picture of my father when he was a young Mariner officer at the U.S. Maritime Officers Training School in New London, Connecticut. His brother, my uncle, was also in the Sea Services, the U.S. Navy. Chief Petty Officer Woodrow Milton was killed during World War Two. Another man later came into my life and was a father figure to me. His name was Harry Faris from Kansas. He was a retired Captain in the Naval Reserve as well as a retired federal attorney. He was also an elder in the church I planted in Overland Park, Kansas. He taught me so much. I looked up to him in so many ways. He used to tell me of how the Navy gave him so many opportunities that became open doors to blessings he enjoyed in life. He was active in the American Legion, the Sons of the Revolution, and other patriotic groups. I have tried to follow his lead. I conducted that WWII 06’s funeral at Arlington National Cemetary, the field of heroes. So as a result of Naval or Sea Service among the men that counted so much in my life, and their love for the ship and the horizon, the pride of protecting the sea lanes of the world, and the traditions of Seafarers, my life has been enriched. Last year my wife and I were in Monterey, California for the 75th anniversary of the Defense Language Institute. Early one morning I walked near the marina. I saw the sea-gulls circle and squawk, badgering and begging to the deckhands on vessels preparing to sail. I breathed in the crisp, salty ocean air, heard the seals holler on a rock in the bay, and inhaled the foggy-fishy air of the Pacific. I experienced joy and freedom with the mere sight and sound captured forever in a single moment. I feel like I want to be associated with other men, and women, who, also, love those feelings; those land-restless Martin Edens who, like myself and my father before me, have served in the sea services, those intrepid sailors who carry on the great North American maritime tradition of duty and honor.

I must tell you a secret (promise not to tell): when I left a business career to go to seminary and become an ordained Presbyterian minister, I wanted to serve as a Chaplain in the Naval Reserve. At the time the old USN didn’t need any Presbyterians. So, a good friend, at the time he was an Army Chaplain recruiter, told me to “put in a green packet!” I knew nothing about the Army. But in about a month, I was picked up and, soon after, commissioned as a Second Lieutenant in the U.S. Army. And that is how I ended up in the Army Reserve (the Navy Chaplaincy called me two weeks later—two weeks, mind you!—and announced, “Well, we have room for you now! Come on aboard!” I had to tell them that the “ship had sailed”). Don’t get me wrong: I loved my career as an Army Chaplain. The Lord knew what He was doing. I needed the Army Chaplaincy. And I received much more than I ever gave. So, I thank God that I “got to” (Yes Sir, “got to” for it was an honor and privilege) serve Soldiers, Families, and Civilians in the U.S. Army and Army Reserve. But, look, there will always be a very special place reserved in my heart for the Sea Services. I guess it is so because of what the Navy did for me as a young man, as well as what the Coast Guard, the Merchant Marine, and the Navy meant to my family. I counted it a privilege to be Chaplain at the Navy League, serving Veterans of our great Sea Services.

I am happy to know that Erskine Theological Seminary has a Master of Divinity in Chaplain Ministries. I “get to teach” in that wonderful program. Believe it or not, they actually entrusted me with being the Director of that program. I had founded a Chaplain Institute while at RTS, but with no “champion” the ministry just floundered. So, the Master of Divinity (the standard professional degree for ordination to the pastoral ministry, like, e.g., medical schools or law schools for those professions) in Chaplain Ministries at Erskine Theological Seminary is the only MDIV from a Presbyterian and Reformed seminary in North America. And we are mighty proud and thankful for that responsibility. We prepare Chaplains for faithful service in first-responder organizations (e.g., police, paramedics, fire), corporate settings (i.e., Corporate Chaplains of America or Marketplace Ministries), healthcare, hospice and palliative care, correctional institutions, and all branches of the Armed Forces. Those interested can learn more here. 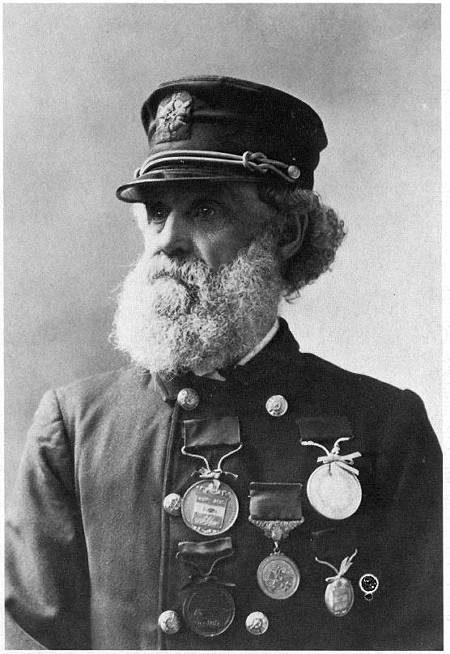 Because of how the Lord has written my own life story, I will always be thankful that Erskine Seminary prepares Chaplains to serve the Sea Services: the U.S. Coast Guard, The Marine Corps, the U.S. Navy, the U.S. Merchant Marine, and Christian non-governmental organizations that reach out to sailors from all over the world.

And by the way: if you are a Merchant Mariner (or a “Coastie” or a “Swabbie”) reading this, know that you have a special place in my heart now and forever. God bless you. We will do our best to keep preparing Chaplains to serve you. 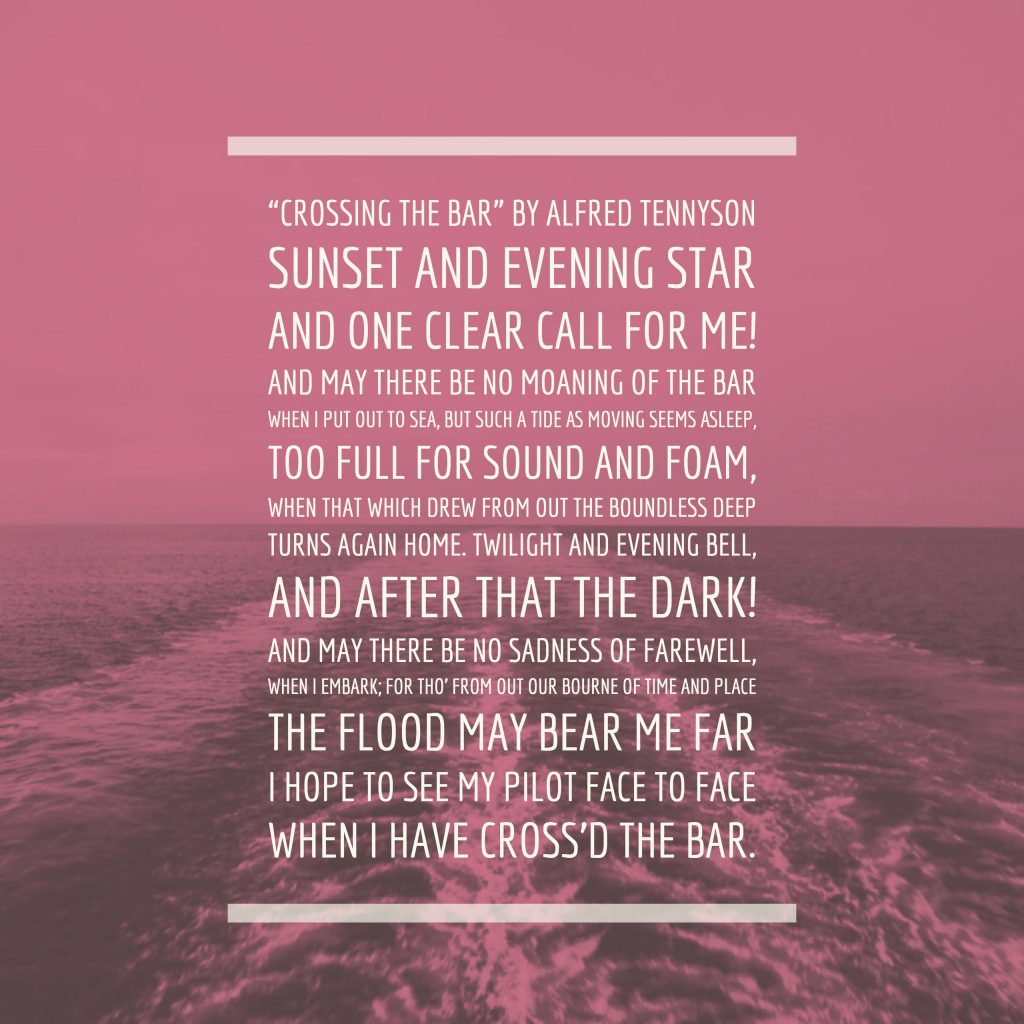