I have been seeking to advocate the premise of pastor as the last remaining “living repository” of a lost, higher culture[1] amongst the several likely actors in the contemporary Western democracy community.[2] The pastor’s helpers include poets and artists, civil servants and scientists, all of whom will have thought deeply about the problem of Man and the Cure for his fallen world. These, together, form “a repository of sacred meaning that reaches beyond language.”[3] Their work represents a sort of “critical literacy”[4] that can be harnessed and deployed by pastors in their shepherding ministries. But to do so, again, the pastor must assume what I believe is an identity altogether based upon and constantly cultivated from a faithful Biblical metaphor.[5] The meaning of this role in the community[6] requires not only assuming a self-identity formed on the faithful metaphors for “shepherd” in Scripture, but also educating for this role.[7] But building on the faithful metaphors in Scripture, the pastor, as shepherd of the community, is even more.[8] The pastor may be the last remaining accessible poet who can flourish in our culture. Such poets exist but mostly as popular, highly produced, commercial musical troubadours, and, thus, mostly inaccessible by human touch. Christian shepherds are “keepers of meaning”[9] who speak to the undisturbed places deep within the soul where the garish boisterousness of a sensate culture can never go. When clergy assume alternative identities within the Christian community, for whatever reason, the possibilities for soul-cure out of their pastoral vocation will remain largely unrealized.

In grading research papers, I often come across remarkable insights by my students. I was particularly moved, this week, in my grading, as one student sought to engage the idea of “pastor as Christian shepherd” over against a prevailing concept of “pastor as CEO.” One of our readings was The Pastor as Minor Poet.[10] I thought the student got it exactly right as he isolated a fragment within Barnes’ book and began to interact with it, working through the implications of its meaning for himself, and the congregations he would serve. The focus of the student’s interest was this quote:

“The pastor is not a free agent but a faithful devotee to his or her biblical and theological tradition of interpretation.  Pastors are not the only ones working on the Kingdom of God.  But they don’t help by abandoning their specific call to be poets and taking on the work of the realists and the engineers.  Someone has to teach people how to dream.”[11]

Teaching the people how to dream, that is, how to connect the points of life they see everyday, but dismiss as ordinary; naming those events as holy moments signifying the presence of a God who is there; directing them to God’s Son, Jesus, who entered such moments and transformed them into open doors to eternity, and finding that they are not alone after all, is the beginning of deep, soul-healing. I do not know of any other person in the community who is called to live out this role on a daily basis. Any attempt to commandeer that role and re-appropriate it will diminish the effect of the Gospel in the community, thereby diminishing our own humanity. To abuse the faithful metaphors in the Bible concerning the identity of the Christian pastor is, ultimately, to punish the poet, relegating him to a role that can never assuage the lifelong ache of the call within his heart.[12] It is that existential throbbing in the spirit of the Christian pastor which seeks vocational wholeness in identity.[13] And it is that identity as Christian shepherd that provides an otherwise missing, but necessary piece in the community puzzle: the one who seeks those who have dislocated their souls; the one who leads them to find God and in finding God in Jesus Christ His Son, our Lord, find their own souls.[14]

So I pray with the poem of a pastor from long ago, Bishop William Quayle of Kansas:

“Thou who didst bring, in days of old God’s message from above, Dwell in our hearts, lest they grow cold, Forgetful of Thy love.”[15]

[1] I do not mean to use the term “higher culture” in any elitist way, but to differentiate the works of this sphere of culture from the “popular” or “lower” Jacksonian culture, if you will. Thus, Mortimer J. Adler’s “Syntopicon” of 102 ideas in the Western canon of literature—the Great Books—is an example of higher culture. Lower culture often interacts with the ideas without drawing the consumer into the source material. It may, thus, be argued very forcefully that “lower culture” serves good purposes in (among others) introducing the great ideas of Western Civilization to the larger community. My concern is that the sources are being misplaced, if not lost. I believe that this is an important distinction because the source ideas can be misused or misunderstood in their translation. Moreover, I believe that the process of a person’s discovery and interaction with the source material for Western Civilization has a pedagogical and, yes, spiritual impact that serves to assimilate and unify a People. Pastors represent a vital actor within the community to preserve the sources, many—most— of which (“Angel, Animal, Aristocracy, Art, Astronomy, Beauty, Being, Cause, Chance,” etc.), are Biblical ideas in Judeo-Christianity. See Mortimer Jerome Adler, The Great Ideas: A Syntopicon of Great Books of the Western World (Chicago: Encyclopædia Britannica, 1955). See, also, Mortimer J. Adler, “The Syntopicon,” The Great Books Syntopicon, accessed December 19, 2015, http://www.thegreatideas.org/syntopicon.html.

[3] I am indebted to the author for his creative and helpful phase. Scott MacLochlainn. 2015. “Divinely Generic: Bible Translation and the Semiotics of Circulation”. Signs and Society 3 (2). [University of Chicago Press, Semiosis Research Center at Hankuk University of Foreign Studies and Brandeis University]: 234–60. doi:10.1086/682918.

[6] My argument for the unique pastoral role within the community and its help to the community is grounded not only, firstly, in Biblical law, but, secondly, upon historical-cultural precedent in Western cultures. For an essential understanding of professions within the community see A. M. Carr-Saunders and P. A. Wilson, The Professions (Oxford: Clarendon Press, 1933).

[12] For a brief summary of calling see the work of my fellow faculty member and pastoral colleague, George W. Robertson. Am I Called? Basics of the Faith. Phillipsburg, NJ: P&R Publishing, 2013.

[13] The best book for exploring the theme of vocational wholeness is Eugene H. Peterson, Under the Unpredictable Plant: An Exploration in Vocational Holiness (Grand Rapids, MI: W.B. Eerdmans, 1992). 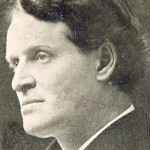