On Saturday, June 25, 2016, Dr. Michael A. Milton will teach a course on “Developing the Missional Church.” Auditors are welcome. The class will be held at Erskine Theological Seminary,1500 Lady St, Columbia, SC 29201. The following article on Christianity in “Post Secularism” provides an introduction to some of the topics to be discussed. 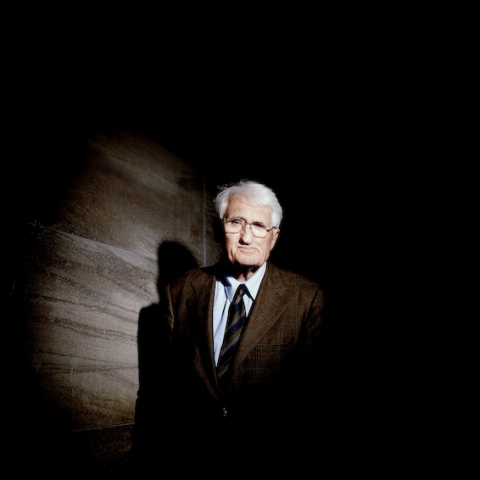 ” . . . ideals of freedom and a collective life in solidarity, the autonomous conduct of life and emancipation, the individual morality of conscience, human rights and democracy, is the direct legacy of the Judaic ethic of justice and the Christian ethic of love.” (Religion and Rationality, 2002)

Habermas began a dialogue with the Postmodernist, Jacques Derrida (1930-2004), over the irrationality of Postmodernism, and the inability of its child, the Secular Age, to sustain itself. In summary, according to Habermas, the Secular Age is incapable of living out its irrational vision of a public square without religious faith and will give way, inevitably, to a “Post-Secular” culture. He sees this unavoidable transition as necessarily soon-coming. The Habermas-Derrida dialogue was consequently referred to as an argument between deconstruction (Postmodernism) and reconstruction (Post-Secularism). Habermas, a once-time “methodological atheist” would later meet with Pope Benedict XVI (in 2005). It could be that this dialogue was responsible for the philosopher moving to a public position of supporting Judaeo-Christianity as the single, vital ethic necessary for a peaceful dialogue between citizens of differing opinions and religions (Religion and Rationality). He chided Postmodernity and its consequential Secular Age for excluding religion in the public square. Others, like Claude Ryan (1925-2004), the late Canadian National Assemblyman of Quebec, have argued on the back of Habermas’ ideas. Ryan told an audience at McGill University,

“But obliging some people to keep their opinions to themselves is in itself (when one thinks of it) an intolerant, fundamentally undemocratic way of buying harmony among citizens of a free society. However we find it may look on the surface, this so-called ‘liberal’ approach, which is not truly liberal in my opinion, is a thinly veiled way of curtailing the freedom of expression of religious believers.” (Hutchinson, 2007)

Habermas’ thoughts have influenced contemporary theologians like Miroslav Volf of Yale, as well as the former Archbishop of Canterbury, Rowan Williams. Volf’s works in developing a Christian message for the coming Post-Secular Age is an important contribution to Christian thinkers seeking to construct a public theology for such a hopeful time.

The Biblical-theological reflection on Habermas’ social theories and his hope for a more democratic public square, where all religions and all opinions can have a voice, based on Christian ideals of justice and equality and our humanity Imago Dei (צֶלֶם אֱלֹהִים), reminds us that we are created by God “with eternity in our hearts.” In other words, we are all religious creatures with the sensus divinitatus (John Calvin)—the sense of the Divine—implanted in our souls. Thus, Habermas is right to say that a Secular Society that precludes that fundamental truth about ourselves cannot be sustained. So, yes, there is hope that in a Post Secular society, based, as he says, on Old and New Testaments values of true democracy, we have hope for a renewed voice in the public square. This calls upon each of us to work for a level ground for all religions, for on that same ground we will stand. We must, also, prepare our hearts and minds through rigorous thinking, dialogue, and study to cultivate that testimony to the living Christ among us as the “Way, the Truth, and the Life.” We know that if Christ is lifted up He will draw men and women and boys and girls to Himself. Yet, we are not unaware of the presence of evil. The Evil One will seek to distort the public square, even using Christian ideals to lay the foundation for the Post Secular society, while at the same time creating the foundation out of the blood of Christians.

Thus, as the ages pass, and ideas oscillate, come and go, Christ remains the same. He ever stands over the ruins, East of Eden, the crucified, risen, and ascended Savior, and offers new life and eternal life to any and all who come unto Him.

Hutchinson, Don. Faith in the Public Square: Does Religion Have a Place in Contemporary Politics?, March 08, 2007. Accessed June 23, 2016. http://files.efc-canada.net/si/Religious%20Freedom%20in%20Canada/LRL/Faith_in_the_Public_Square.pdf. 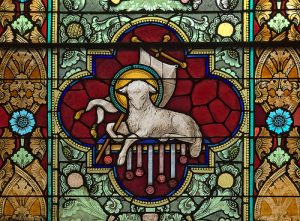