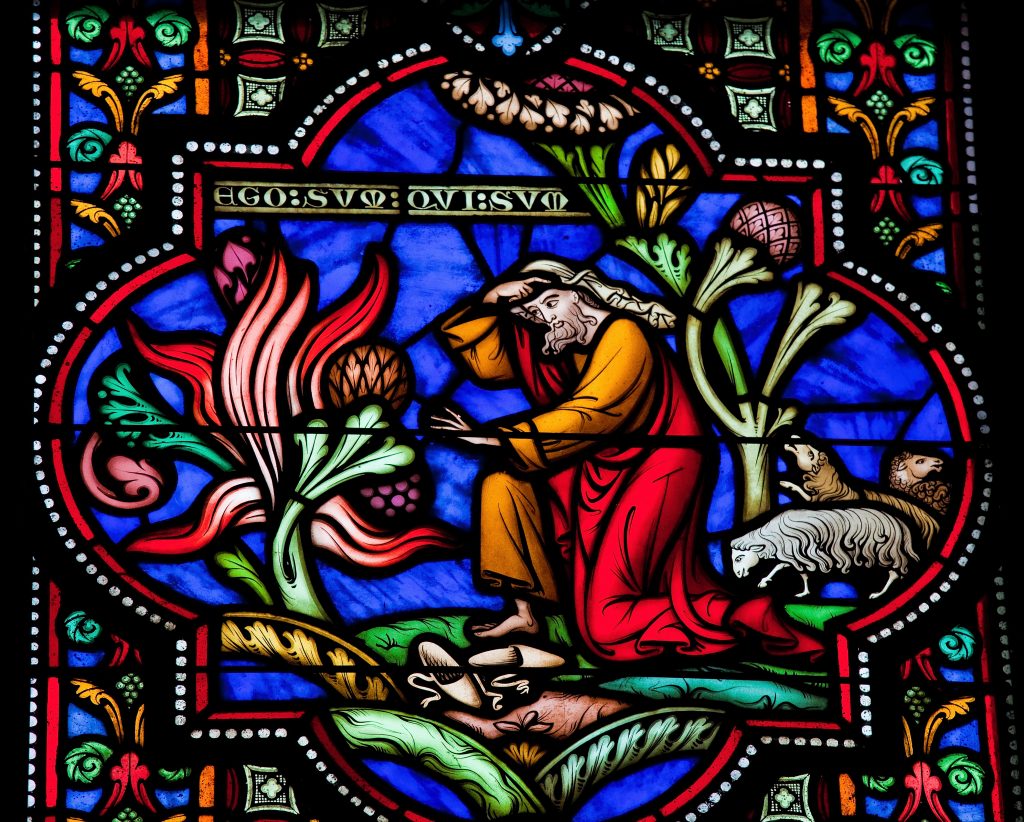 Unresolved failure in our past creates illogical fear in our present and threatens faith for our future.

In baseball, that is called a slump. In 1922 the “slump” hit one player hard (Hampton, 2009). By then a national sports hero, this well-known major-league player was getting ejected from games for arguing a little too much with impatient umpires, not so impressed with the headlines about him. But, when he faced Hub Pruett of the St. Louis Browns and his “snarky screwball” the slump hit, he ended up with ten strikeouts in fourteen pitches. Yet somehow he managed to help his team into the 1922 World Series, the last one at the Polo Grounds, before moving to Yankee Stadium. There “the Bambino wound up with two hits in seventeen at-bats for a .118 average…” (Baseball-almanac.com). It was a terrible year for Ruth. The New York Yankees lost to the New York Giants in five games. Even the greatest slugger of them all, Babe Ruth, could experience “a slump.”

The “slump” has another name: spiritual depression. You don’t trust yourself anymore. You wonder how God could ever use you. Your failures ping your conscience and you develop fear of moving forward. Your faith can be shattered by spiritual slumps: another swing, another miss. Life becomes one predictable strike-out after another. You get to where you don’t even want to step up to the plate.

Thus, it was with Moses. The narrative in Exodus chapters three and four describe a would-be spiritual giant called to a great work but reveals a fearful man trapped in the pain of his past, unable to have faith for the future. Moses was in a slump. Every promise of God was met with an excuse: “who am I to do this? Who are you, Lord?” Behind all of those excuses was his failure as a man, as a leader, as a disciple. So, God cuts through to the real issues. Moses’ final protest to God as to why he cannot lead Israel was met with a question. “What is in your hands?” God allowed Moses to use up all of his excuses before he went for the spiritual pig in the poke that was blocking new life. “What is in your hand?”

That question and the demonstration of God’s awesome power as a teaching time to Moses is our answer from the Lord today about the fears we have about ourselves. God’s response to Moses is how faith overcomes fear … and failure.

How can we receive the gift of faith that overcomes fear and the gift of spiritual confidence to go on? Well, we can see the divine revelation in three simple, memorable words of guidance—simple statements that I heard from an older preacher way back in my early days of ministry, words which never left me. How does God overcome our fears by increasing our faith?

The first word of guidance is this:

Whenever God asked Moses, in 4:2, “What is that in your hand?” Do you think that God, all of a sudden, just gave up arguing with Moses about being his point-man for bringing His children out of slavery and into freedom? Do you think that, maybe, the Lord just grew tired of hearing old Moses? Well, while these are good questions to put to the text it seems to me that God was not fooled by Moses at all. In fact, the Lord was very patient with the prodigal prince at the burning bush in Midian. When God asked him, “What is that in your hand?” and Moses answered, “A rod,” there is a lot there. For that rod used to be a scepter. But by the time of the burning bush it was merely a crook to guide sheep (a “sheep stick” as I have heard it called). The rod was the metaphorical sign of Moses’ failure. God singled out the rod to create a tactile object lesson for Moses. It is as if God is saying, “Yes, that scepter is now a rod: a sign of your failure, and a symbol of your pain.” What next? God says, “Throw it on the ground.” Moses did and you know what happened. It became a serpent. Moses ran. I don’t blame him! I would run, too. In fact, I guess, when I see the sin in my life and how it can bite others as well as myself I still run. You see, God was dealing with Moses’ failure by forcing Moses to confront it, see it for all of its danger and potential threat. The deadly serpent had to be acknowledged before there could be healing and before Moses could assume leadership. Moses’ objections were not about his stuttering or that he had been hearing God in the desert. Moses’ objections were about Moses’ failures. And that rod, that rod that said, “You are not a prince of Egypt, nor the savior of the Hebrews. You are a shepherd in a pagan land” had to be seen for its serpentine, slimy, self. No more running from the pain. No more running from yourself. No more running from God. When God asked what is that in your hand God hit the exposed nerve of Moses’ painful past and his sin.

A similar thing happened to David after his sin with Bathsheba and his deadly scheme with Bethesda’s first husband that cost a loyal soldier his life. Nathan the prophet came to David (in 2 Samuel 12:1-7) with a “Once-upon-a-time” story that revealed David’s sin of plotting to murder and of adultery. “Thou art the man!” became the rebuke of God in the ears of David. But unless David came face to face with the horror of his sin he could not have gone forward. Psalm 51 would certainly have never been written.[1]

There was a time in my life when I had to deal with a sin in my life. I will keep the identity of that sin to myself, but the sin, like an awful infecting worm, had burrowed itself into the dark recesses of my soul. This condition required the Lord bringing me to see the presence and heinousness of that sin through another—in this case through a prayer that as I heard the prayer I responded in quiet prayer, “Lord that is me.”

Maybe that is you today. The failure in your past cannot be healed unless it is brought out to God. And God says, “Throw it down.” Name it. See it for the horrible thing that it is and that it has done to you. Maybe that sin is not yours. Perhaps the sin that has burrowed in your own soul is the sin of another, something that someone did to you. Throw it down.

But the second word of guidance from God to heal that pain is this:

God told Moses to pick up the serpent so that Moses would see that whatever failure was there in his past, however difficult, however poisonous the pain, God was in control.

When I heard that God was sovereign in all things, not just some things, and I believed that, I began to make sense of my own pain. I had been orphaned as a child. I had experienced great trauma, also, in instances of abuse. It was only when I received and followed God to “pick it up” that I saw He could change those things, He could even use my painful past to glorify Himself and to help others.

What is your pain? What is your failure? Throw it down. Pick it up. It cannot hurt you anymore. The old failure is now under the transforming power of the Cross of Jesus Christ. He takes the pain, uses the energy of it, even the poison of it, to demonstrate His power in your life. Pick it up.

And, finally, we learn that we move from fear to faith as we, like Moses:

God told Moses that whenever he needed Israel to remember their divine origins and how God called Moses to lead them he should raise that rod high. Let them all see it. Let them see that the sign of sin had become the instrument of salvation through God’s transforming power.

In Exodus 14 this happened. Pharaoh had let the children of God go free. Yet, it was only a temporary reprieve. He sent the mightiest army in the world to destroy them before their journey could commence. So, at the Red Sea Moses was faced with waves of impossibility on one side and the most powerful and merciless military in the world on the other. Hemmed in He heard the voice of God, “Moses, … the rod! Raise the rod” (Exodus 14:)! And he did. God came down in His power and made a miraculous pathway through the sea for Israel and He destroyed the enemy.

Throw it down. Pick it up. Raise it high.

What does that mean for you and me?

For Babe Ruth it meant he had to face the off-field behavior, the problems, the patterns. He did face them, eventually. In 1923 Ruth hit for .393, with 41 home runs. The Yankees played their first season at Yankee Stadium and avenged their prior losses to their cross-town rival by defeating the Giants in the World Series. Babe Ruth was the AL MVP in that year.

Your spiritual slump may not end so victoriously, nor with such pizzaz. So, what does the story of God’s intervention with Moses mean for us? Throw it down, pick it up, raise it high: this means that the very thing that has sought to destroy you has become in the hands of Almighty God the very thing that He uses to bless you. Now, where do we see this glorious truth, demonstrated in the narrative of the Ancient Church in the desert, come to life in the New Testament? Right. In the cross of our Lord Jesus Christ that which was to be Satan’s instrument of destruction became God’s sign of salvation. Thrown it down. Pick it up. Raise it high. These three words of guidance in our lives point us to Jesus Christ and the Gospel that all things are now new. He can change a life. He will change yours if you come to Him today by turning from your sin, hiding in your failures, and allowing the Lord to transform the very thing that hurt you into the thing that blesses you and others and glorifies Him. Your pain of the past is your testimony for the future.

This is how God overcomes fear with faith. This is how faith transforms failure into testimonies of God’s grace. And this is not only Moses’ story, and Paul’s story, and mine. It can be yours.

Throw it down. Pick it up. Raise it high.

In the name of the Father and of the Son and of the Holy Spirit. Amen.

[1] Psalm 51 has notations in the original: “To the choirmaster, a Psalm of David, when Nathan the Prophet went to him, after he had gone in to Bathsheba” (English Standard Version of the Holy Bible).

Calvin, John, and Charles William. Bingham. Commentaries on the Four Last Books of Moses, Arranged in the Form of a Harmony. Grand Rapids, MI: Baker, 2003. Print.