I am honored to have a chapter included in this new book on the increasing threat of an age-old antagonistic spirit against the Church of Jesus Christ: Statism. The book includes chapters by John Frame, George Grant, Tim Keller, Peter Lillback, Jerry Newcombe, R.C. Sproul, the late D. James Kennedy, the late Francis August Schaeffer, and several others (including Presidents Dwight David Eisenhower and Ronald Reagan). The publisher, Tanglewood, is to be commended for making people of all faiths aware of the menace that seeks to supplant men’s dependence upon God with an unbelieving and unnatural dependence upon government. This is a book with ideas that need to be debated in the open before we are forced to read them in secret. 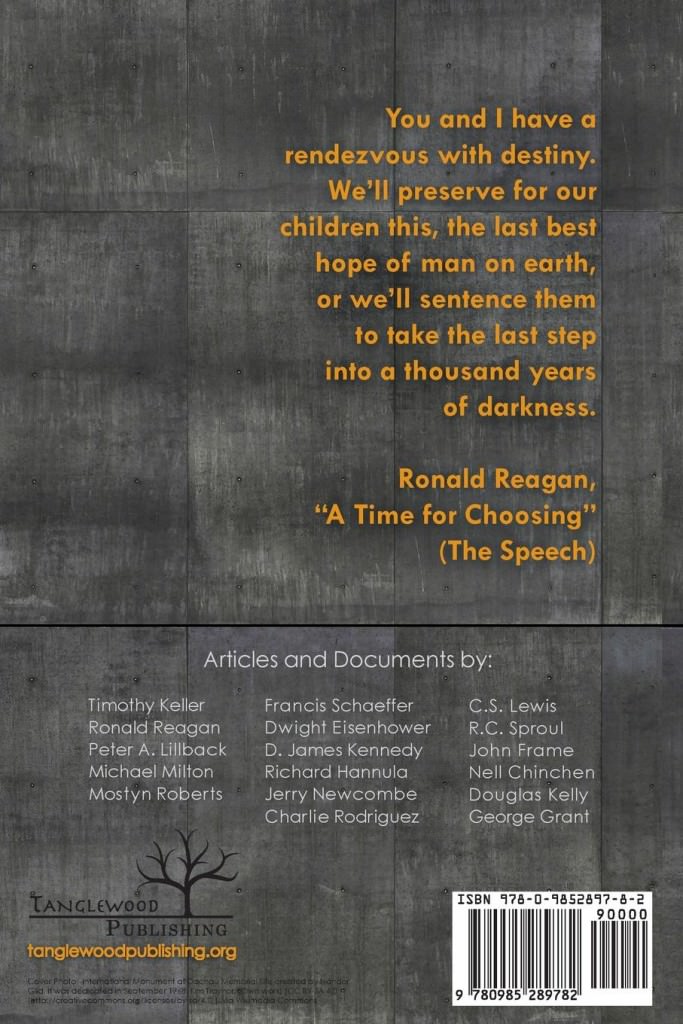