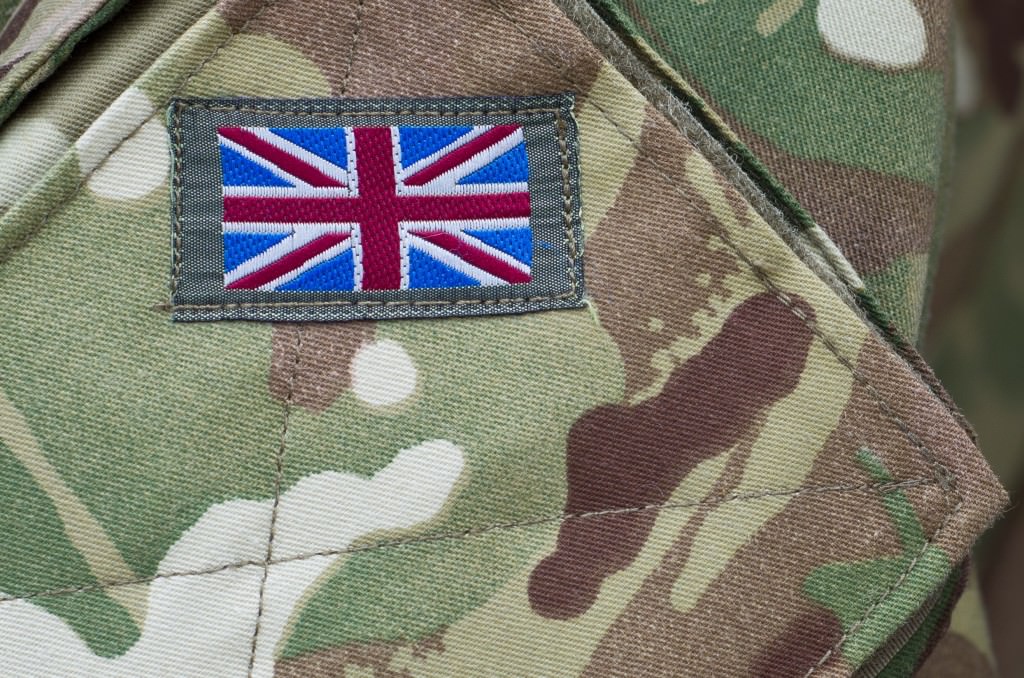 Recently, political commentator George Will opined that the British elections did not matter.[1] I disagree.

My rejoinder is given with the greatest respect for Mr. Will, whom I hold in high regard. I respond with this article because I do admire him. And I am certain that there are many others who sympathize with him. It is rather fashionable to show a sort of professorial disinterest to those who have stood by us so steadfastly—British or otherwise. No other allied nation has been more steadfast in the bonds of trans-national  friendship than Great Britain. I know this from personal experience at the tactical level (I have served with components of the British Army in major joint exercises) as well as political observations at the strategic level (Command and General Staff College and public administration research at UNC Chapel Hill). This paper is not a defense of the British military and naval forces—among the very finest in the world—, but rather a brief on why we in the United States should be very interested in the elections in our nation’s mother country.

I think it is also important to state that my reasons have nothing to do with a romanticized view of Great Britain on this 70th anniversary of the German surrender in World War Two. Yet, romance aside, facts remain about that unforgettable time which impact our own day.

Yes, I believe that British elections matter because the Anglo-American alliance matters. Thus, in a word, Britain matters. Why?

The United States of America is comprised of immigrants of many nations. While the Netherlands, Germany, France, and the numerous nations of Africa, for instance, have plenty of early influence in our history the uniquely prominent role of Britain is incontestable. Pilgrims and entrepreneurs from the British Isles founded Jamestown and Plymouth Colony in America. It is often said that ten percent of Americans can trace their ancestry to the ship, the Mayflower, alone.[2] Such metrics are not enough to care about global, strategic relationships. But when our history is combined with the other reasons I shall put forward the relationship between Washington and Westminster comes into greater, necessary clarity. We might like to think of ourselves as a singular, mighty aircraft carrier sailing indomitably across the raging seas of time and world affairs, but the dangerous world we live in requires that we run in packs. Or to keep our maritime metaphor alive; we must advance in a “carrier group.” We are and must remain a part of a friendly armada of nations. Sailing at our side, literally and figuratively, has been and must continue to be that great nation that holds more in common with us than any other: the United Kingdom.

We should care about elections in Britain because the United Kingdom of England, Scotland, Northern Ireland, and Wales is first among equals (and the home of the constitutional monarch, HRH Queen Elizabeth II) in the Commonwealth of Nations. Since the Second World War there is no British Empire, but over two billion people, a third of the world’s population, reside in Commonwealth nations with a historic—and continuing—relationship to Great Britain. The Commonwealth extends to fifty-three countries on every continent on earth.

British elections in 2015 signal the merciful continuation of the world’s oldest parliament whose ideals for the laws we hold so dear influence more nations than ever before.

Some of us found it incomprehensible that the bust of Sir Winston Churchill, given to our nation by PM Blair after 9/11, could have been returned to a British Prime Minister at any time, but especially while we were still at war, fighting shoulder to shoulder with our important allies.[3] Churchill remains a critically important figure in American life because he presciently saw the world that was evolving; the world that we inherited from his own day. He coined that phrase “a special relationship” to describe the essential historical, even familial, association between our two nations.[4] The Anglo-American vision that Churchill saw was a lasting alliance of English-speaking peoples standing together for the ideals of the Magna Carta and the American Constitution, together, forging an economic, military, and cultural bond that would have to endure as a bastion of freedom based on inalienable rights from God.

As President Franklin Delano Roosevelt reminded us in his 1941 inaugural address:

“The democratic aspiration is no mere recent phase in human history. It is human history. It permeated the ancient life of early peoples. It blazed anew in the middle ages. It was written in Magna Charta. In the Americas its impact has been irresistible. America has been the New World in all tongues, to all peoples, not because this continent was a new-found land, but because all those who came here believed they could create upon this continent a new life—a life that should be new in freedom.

Its vitality was written into our own Mayflower Compact, into the Declaration of Independence, into the Constitution of the United States, into the Gettysburg Address.”[5]

Roosevelt would, of course, see his words put to the test by Imperial Japan and Nazi Germany. But the special relationship that would later be given a name already had its existence. And so it is important to care about it, nourish it, and seek to strengthen it. That is what special relationships do. But beyond the virtue of being true to our friends is the mere fact that Britain matters in the world today because it is a nation built on the rule of law.

Our Enemies See Us as One

We may say that we don’t care about elections in England because they matter less to us. But that is not true to our enemies. Just this week the Iranian clerical leader ranted more insane diatribes against us and as he did the people broke into spontaneous chanting, “Death to America, death to England, death to Israel!” We exist as the “Anglo-Americans” to our enemies and this is simply how the world sees the English-speaking peoples of the U.S., Canada, Australia, New Zealand, and Great Britain. Our alliance matters because our enemies see past our often naïve craving to be known for multi-culturalism to the age-old identifier of any people: language.

The Ingenuity of the British People

Britain matters on the world stage, now, as they have for almost all of their history, because of the ingenuity of the British people. How the Irish Saved Civilization[6] pointed to not merely the resiliency and creativity of the Irish, but to the essential characteristics of the peoples of the British Isles. Thomas Sowell wrote poignantly and convincingly of the remarkable ability of the British Union to harness the unique genius of, say, the Scottish peoples (who so recently underscored the continuing vitality of that union with their incontestably clear vote to remain British) and, then, bless the world with that genius.[7] Americans are the intellectual and cultural heirs of the British people, according to Sowell. On this seventieth anniversary of the surrender of Germany we do well to recall that the ingenuity of the British nation that refused to bow to fascism, National Socialism, and inhumanity of an Imperial power in the Pacific, is with us still. If we had no other relationship with Great Britain other than we benefited from her peoples’ industry, character, and culture, we would do well to pay attention to guard and stoke the fires of our alliance with her.

Now more than ever the American, British, and Commonwealth nations of the world should be concerned to be concerned about each other. For the world is more dangerous than ever. If we ever naively thought that the end of the Cold War in 1989 would somehow release us from the original, covenantal obligations of this “special relationship,” then the barbaric rise of the Islamic Jihadist groups should startle us into a renewed dedication to not only our plight, but our potential for good and for victory.

Great Britain cannot afford to continue to reduce defense spending. The U.S. cannot afford to act as if that doesn’t matter. But to speak plainly to another requires trust. And trust is the natural if not costly, consequence of relationship.

The United States and Canada, Australia and New Zealand, and the other Commonwealth of Nations must not bow to wrong-headed, if not well-intended, voices that would call to appease rather than confront. It really all comes down to protecting our house, our home, our families, and our way of life. It is a brutal contest. The strongest man wins. Winners take all. The age-old “conquest” impulse is alive and regrettably well. For America, along with Great Britain, losing control of our homes is not a survivable option for ourselves or for that matter the other nations of the earth. Imagining a world without our nation or without our mother country, Great Britain (or Israel, the Netherlands, Japan, France and others), may be a cruel, rhetorical blood-sport of madmen from dictatorial regimes in the sandstorms of a new fascism, but such thinking is unimaginable to a world that still looks to the mercy, justice, and humane beauty of English law and Judeo-Christian culture that precisely made such law and justice possible.

The single greatest gift of the English-speaking peoples to the world has been the propagation of the Word of God, the Holy Bible, through countless scores of missionaries who have gone to the ends of the earth with the message of God’s grace in Jesus Christ. And that Word, in the Elizabethan  English of the King James Version, says it all:

“When the righteous are in authority, the people rejoice: but when the wicked beareth rule, the people mourn” (Proverbs 29:2).

This is why we should be concerned about the elections in Great Britain. This is why Britain still matters in the world today. And to say that is not to elevate another nation over our own. Nor is it to have blinders on and foolishly ignore the great, common threat of secularism in our respective countries. It is to simply to be grateful for the inheritance we have received. And being continually grateful to our allies helps us to matter in the world today.

[6] Thomas Cahill, How the Irish Saved Civilization: The Untold Story of Ireland’s Heroic Role from the Fall of Rome to the Rise of Medieval Europe (New York: Nan A. Talese, Doubleday, 1995).