[pullquote]A Refuge in the Shadow of Thy Wings (Psalm 57)

– David, The Cave of Adullam[/pullquote]

Once as a boy when I frolicked through cow fields and rows upon rows of crops the South Louisiana sky decided to call a conference of great black clouds. The clouds gathered right over my head it seemed. No sooner had I looked up than a single raindrop fell from the ominous canopy right into my eye. The colloquially of cumulonimbus clouds argued amongst themselves with deep, bass thundering voices, and then voted to rain. I ran through the fields looking for shelter from the fierce lightening, now, torrential rains, and wicked winds. I saw the Tabernacle, a little rough-hewn pinewood Chapel just down the gravel road from our house. There under the eve of that chapel I found shelter.

We each, we all, need refuge from storms until they pass by. God has given us this place in the Psalms. The Psalms are the prayer book of the Bible. To read a Psalm without making it your own prayer is to treat the Psalms in a way that they were not intended. God gave them to us to pray, individually, and communally. When we come to God in the Psalms we find our shelter. We need that more than ever.

Psalm 57 tells of a time when David, who wrote most of the Psalms, ran from the mad King Saul who sought his life. The storm of Saul’s madness came upon David like a sudden and unceasing downpour. After David’s anointing by Samuel the king who had lost God’s blessing because of his sin became jealous of the younger rival. The sounds of the thunderous threats of the madman replaced the lyrical lines of music from David’s instrument. Saul hurled javelins at David. The spears sliced through the air of the royal residence like bolts of lightening from across an angry sky. There was nothing to do but to run. David and those who went with him, his “mighty men,” found refuge in a natural fortress, the Cave of Adullam. It was so named for the town of Adullam was located there. It was there in the beautiful Valley of Elah, which are as green and beautiful as any field in England, that the shepherd boy-David slew the Philistine giant, Goliath. But the Cave of Adullam became a hiding place from a mad king.

We can imagine that David was conflicted. The Prophet Samuel anoints David. David had the blessing of God. But Saul, who has lost God’s favor, was in the palace. David is in a cave. Once he stood in the open to oppose the one who opposed God. Now he hid from one who sought his life for standing for God. Was the cave punishment for something he had done? Why was God allowing this? Why was David suffering for faithfulness? All of these questions must have been present with the ruddy-faced, young King.

Maybe you feel like this. David turned to God in this time. He wrote a prayer that became our Psalm 57. Psalm 57 is the Lord’s gift of sacred Tabernacle to those who need shelter in any kind of storm.

Let’s walk together through Psalm 57 to discover four steps into the Cave of Adullam that take us from the storms to the place of refuge in God Himself. 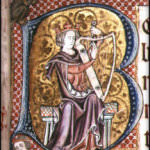 David is here describing the attacks of Saul. It is his “soul” that is under attack. Troubles may come to the body, but as we are one being, they find their way into our souls. Physical danger or distress may produce spiritual effects: anxiety, depression, or new phobias.

For the storms are real. They are inexplicable threatening things that have chased us away from what we thought was God’s will. But we will learn soon enough that Peril will give way to the second step.

The second step into the Cave of Adullam, the place of refuge, is called Petition.

What a magnificent line! And yet this would have never been bitten had not the first step of peril drove David deeper into the cave of Adullam. Peril has become petition!

So, too, the perilous storms of life and of “this present evil age” are used of God to drive us to him. And in God we begin to cry out. Prayer is what happens when you have no other place to turn. It is a time when we begin to draw near to God in a new and fresh way. It is the beginning of a time when we can hear God’s voice speaking back to us. It is so true that our conversations with God are few and far between in the sunnier days of life. Often God requires that we enter the perilous seasons so that we might come to Him with our petitions.

“Why am I now in a cave?” David might have asked. But the answer is the Cave itself. God has used Saul’s madness to drive David to a place where he will write this Psalm that I preach today to you. God uses storms to drive away spiritual dryness. He uses the winds and rains of trouble to stir up prayers.

And the petitions of a godly man or woman bring us to a third step: 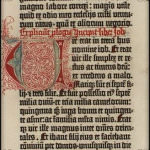 The third step into the Cave of Adullam, the place of refuge, is called Perspective.

Notice in verse three how David’s petitions, then, bring a new, wider perspective:

“He will send from heaven and save me; he will put to shame him who tramples on me. God send out his steadfast love and his faithfulness.”

Let us focus on two things in this verse. First, “He will…” and second, “His steadfast love.” David’s new perspective comes after Peril and Petition, or prayer. It is developed on the crucible of trouble, namely, Saul seeking his life and running him out of Jerusalem to this cave. But now David prayers in confidence that God will save him. This is a new way of looking at life. “God will…” is the supreme word of confidence that changes not the storm, but my attitude in the storm. It is an attitude that anticipates the sun. It is a way of looking at life that says, “Storms are in my life now, but it will not always be that way. The sun is on its way up. God is on the throne and all is well.” This is not a Pollyanna view of life, it is, actually, a very realistic view. For God is on the throne and He is working all things together for your good.

The second transformative truth here is the phrase, “Steadfast love.” Many of you will recall that the English words are describing one word in the original Hebrew. The Hebrew word is חַסְדּ֥. This is a word that means “kindness,” graciousness,” and “loyalty.” It may be from the word for “stork,” which is so named for her motherly faithfulness, even unto death.

Together we see that David has a perspective that is shaped out of his theological convictions. God is sovereign and God is gracious in his disposition towards David. The storm is not the last word. God is.

God’s promises and God’s grace is realized in David’s greater descendant, the King of Love My Shepherd is: Jesus of Nazareth. Jesus is the Promise that gives us a fuller, richer perspective. In this He has become our refuge and our hope.

Do you know Him? Is He that to you?

The fourth step of finding refuge in God in the step we will call Praise. 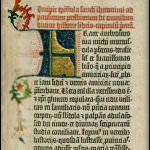 Peril led to Petition. Petition created Perspective. Perspective brought the inevitable and liberating new way of life in praise. Look at the evidence of David’s transformation. He has come fully into the Cave of Adullam, out of the storm, as he now sings,

“Be exalted, O God, above the heavens! Let your glory be over all the earth” (5)!

Praise mingles will gratitude as the new, young King praises God: “I will give thanks to you, O Lord, among the peoples; I will sing praises to you among the nations.”

The saint who hides herself in the Promises of God will sing a doxology in the darkness! He will give thanks in the midst of the storm! This is not a callous Stoicism. This is a vibrant faith in the living Jesus that merrily infects the whole being. This is glory.

And it can be yours today. How? In the same way that David found it: by faith in David’s son, the Lord Jesus Christ.

We have taken four steps out of the storm and into the shelter: From Peril to Petition, from Perspective (that is based on Promise) to Praise.

It is said that the eagle does not fly through the storm, but actually uses the power of the storm to be lifted up and over it.

It is, also, true that the Gospel of Jesus is that the very thing that seeks to destroy us becomes in the hands of a Sovereign God the very thing He uses to save us. For this is the story of the Cross. The Cross was intended for evil and the destruction of God and Man. But Christ won. The Cross became the instrument of salvation. For on it Christ died for your sins and the sins of the whole world—a world of sinners through time and across the world—that will come to Him by repentance and faith.

This is the message of God to you. This is your anchor in the storm.

An audio version of this sermon is here.