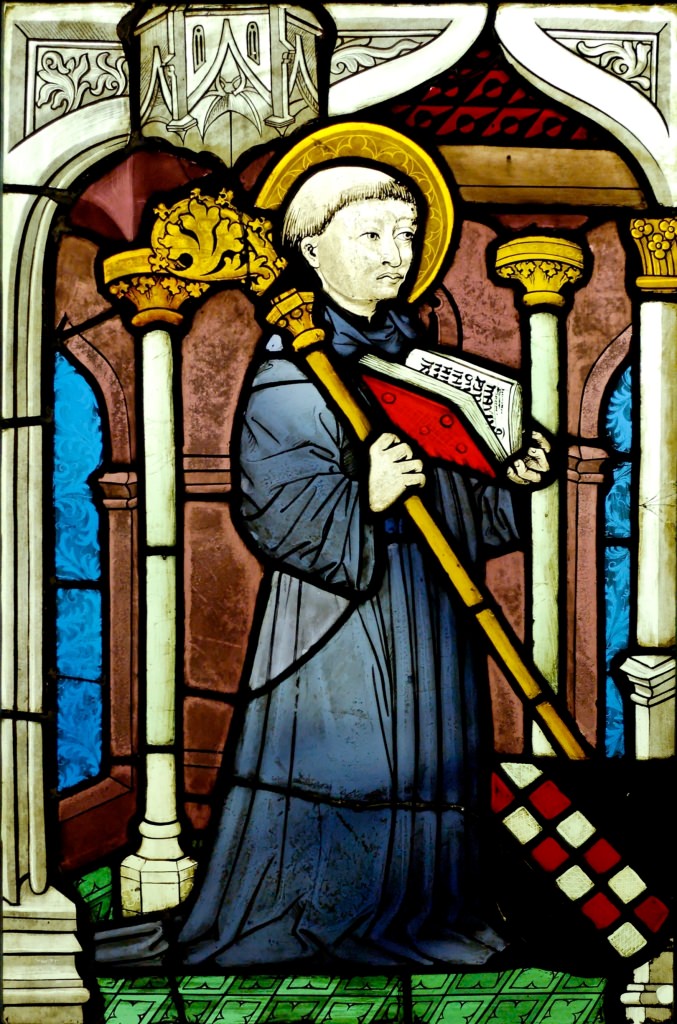 I believe that we face a malady of malnourished ministers. The problem is that too many of us preachers fail to chew our food properly. Bernard of Clairvaux (1090-1153) may help at this point.[1]

Bernard, that twelfth-century preacher and theologian, was a mystic and reformer of his day whom John Calvin pointed to as a faithful witness in difficult times in the French and European Church. Bernard refuted Peter Abelard’s assertion that Christ died as a model of God’s love and championed a substitutionary atonement for sinners. Yet, Bernard did not refute God’s love. He built his entire ministry on loving God for God’s own sake. This he wrote in his book On Loving God:

“You wish me to tell you why and how God should be loved. My answer is that God himself is the reason he is to be loved.”

[pullquote]He built his entire ministry on loving God for God’s own sake.[/pullquote]

But Bernard of Clairvaux should be remembered in this Reformation Day season as a preacher of the Bible who preached his “one sermon” of God’s love in 86 sermons on The Song of Songs. There are not many who have mined that many messages from Solomon’s oft-dismissed book! But Bernard found God’s love so compelling that he could not let go of the Book of Love.

It is within that context, then, that Bernard speaks to our present problem in homiletics. Bernard preached, in one of those sermons, On the Song of Songs:

“The soul that is sincere and wise will not fail to chew the Psalm with the teeth as it were of the mind, because if he swallows it in a lump, without proper mastication, the palate will be cheated of the delicious flavor, sweeter even than honey that drips from the comb.”[2]

This may, in fact, be the secret, if not the source, of the love of God residing in Bernard. He “masticated” the Word, before he swallowed it. He tasted the love of God in Old Testament preaching (as Dr. Ellen F. Davis proposed in her book, Wondrous Depth: Preaching the Old Testament)[3] as he chewed slowly on the meat of the Word. His mastication broke down the presenting issues of the text to discover the Gospel essence. To work the Word around in the preacher’s mouth, as Bernard urged, is like sucking on a lemon-drop with a liquid-citrus center that bursts into tart, tasty, mouth-watering pleasures once you get through the sweet shell of the coating. There is flavor in the casing, but there is an “astonishing” surprise for those who will keep working that candy around in their mouths. To swallow the Word too soon is to miss the pleasures and sensations of the Word doing its work in our lives. It is, of course, also, to steal sweet moments from the lives of Christ’s lambs in the pews who deserve to taste and see that God is, in fact, good. This is not an excursus into ruminations upon the length of the sermon. For the sweet center of God’s Word, or the savory tenderloin, if you prefer, is not located in time, but in treatment—faithful treatment of the sacred text. Quite practically, to chew the text is to:

Only after you have devoured the precious love of God in Christ, unto your very soul, can you read and, then, preach the Word with incarnate power. This is a work of the Spirit.

I am tempted to end this little time by saying, “Now go chew on these things…” But, no, I will leave you with this sacred sweetness from the Psalms and a response, not from Bernard of Clairvaux, but from a seventeenth century English Puritan pastor, Richard Alleine (1610-1681):

This, too, is much needed today in our Reformed pastorates.

[4] Not only the title of Thomas Boston’s book, but a very popular sixteenth century phrase for the rich, nourishing heart of theological truth underpinning the practical faith of Christianity. See Edward Fisher and Thomas Boston. The Marrow of Modern Divinity. Ross-shire, Scotland: Christian Focus Publications, 2009

[5] “Keep a close watch on yourself and on the teaching. Persist in this, for by so doing you will save both yourself and your hearers.” (1 Timothy 4:16). The Holy Bible ESV: English Standard Version: Containing the Old and New Testaments. Wheaton, IL: Crossway Bibles, 2007 (hereafter, ESV).

[6] “Until I come, devote yourself to the public reading of Scripture, to exhortation, to teaching.” (1 Timothy 4:13 ESV). For futher reading, consider Dr. Terry L. Johnson. “The Public Reading of Scripture.” Ligonier.org. July 01, 2009. Accessed October 22, 2014. http://www.ligonier.org/learn/articles/public-reading/.