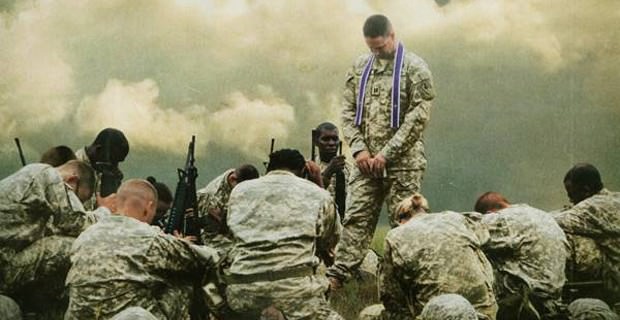 “As for you, always be sober-minded, endure suffering, do the work of an evangelist, fulfill your ministry” (2 Timothy 4.5).

I have been often asked the question: “Why do you try to walk that tightrope between civilian ministry and the chaplaincy?” My answer is simple: I want to “fulfill my ministry” through evangelism.

I, often get a questioning gaze with that answer, because most people don’t think of chaplains as evangelists, or missionaries. But that is what we are.

An evangelist is usually an ordained minister who brings the Gospel to those who cannot come to the Church. Well, to whom do we go as chaplains? Inmates, the sick and the dying, institutions like the military, or even people in an airport. Chaplains are thus evangelists.

Since 1992, I have been a US Army Reserve chaplain. In that capacity, I have served our God and our country as a chaplain to brigades, to JAG officers, to battalions of war fighters, as a special assistant to the Chief of Chaplains Office in the Pentagon, to other chaplains in a division, and now serve at the US Army Chaplain Center and School as a reserve instructor and writer.

Chaplains do the work of an evangelist by bringing the Gospel to those who cannot come to the Church. We have been doing this for a long time. Richard Baxter, the famous Puritan preacher, was an army chaplain during the English Civil War. General George Washington founded the Chaplain Corps in America. In my own faith group, the Presbyterian Church in America, Dr. Robert Rayburn was a chaplain in WWII before founding Covenant College and Seminary. The Rev. Sam Patterson, founder and first president of Reformed Theological Seminary, was a Navy chaplain in WWII. Doug Lee, presently the executive director of PCA Chaplain Ministries and the Presbyterian and Reformed Joint Commission on Chaplains, retired as a Brigadier General-chaplain. The Reverend David Peterson served as one of our most distinguished pastors in uniform and is, often, recalled for his leadership of all of the Coalition chaplains in Desert Storm. Indeed, many of our most faithful ministers have served both in military and institutional chaplaincies. Look around at other denominations and you will see a similar hall of heroes. Together, these minsters, rabbis, and other religous leaders form a veritable memorial stone of courageous standardbearers for their faith in the front lines of human history. In this pluralistic environment the Christian chaplain has been given the opportunity to bear witness to the life, ministry, and resurrection from the dead of our Lord and Savior Jesus Christ. Such witness is all the more glorious and exceedingly powerful as the message is delivered with distinctiveness amidst the broader religous gathering. Pluralism does not intimidate the Gospel, but demonstrates its divine truth all the more.

[pullquote]…our most faithful ministers have served both in military and institutional chaplaincies.[/pullquote]

One time I was on duty at Leavenworth, Kansas in the disciplinary barracks. I missed a day of work because I was ill. The next day, as I made my rounds, one of the inmates with whom I had been sharing the Gospel told me, “I missed you. Chaplain, it gives me hope just to know you will be there.”

Jesus said, in John 14.18: “I will not leave you as orphans; I will come to you” (John 14.18). I belive He comes to some in uniform, frequently separated from family, alone in far-flung places on the earth, as orphan-like they long for comfort. Jesus comes to them as Armed Forces chaplains that minister in His name.

I want to reach those in the military, as a chaplain, with the inerrant Word of God, the teaching of the Reformed faith, which set my mind and heart free, and to fulfill the Great Commission.

Everyone called to be a chaplain is at heart an evangelist, who refuses to leave anyone as an orphan. Christ Himself has visited this one in his own desolation. Christ did not leave this one as an orphan. So, he leaves his encounter with Christ and goes out seeking others who are like him – as he was. He can never be the same again and his heart breaks for others who do not know Jesus Christ and who cannot come to church. So, they bring church to them; in so doing, they bring Christ to them.

This is why I am a chaplain. This is why God may be calling you to go and, also, be there.