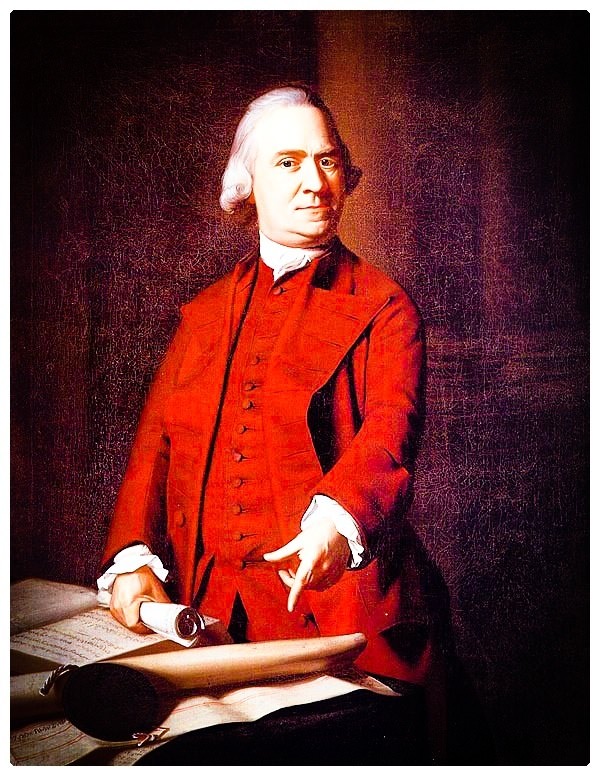 Sometimes I read or hear analysts pointing to the founding fathers’ use of phrases such as “Supreme Ruler” or the “Divine Being” as evidence that these men were speaking of a Deist conception of God. While that may have been so in some cases it was not so in all cases. Even a cursory reading of primary source material from the 18th-century Puritans in North America reveals that it was obviously acceptable (and the theological consensus) to use phrases such as “Divine Being” to describe the God of Abraham, Isaac and Jacob.

Such was the case in the proclamation from founding father, Samuel Adams (1722-1803). In what would be his final public prayer in a fifty-year career of public service to a new nation, Samuel Adams, Governor of Massachusetts, implored the people of his state to pray using these words:

“I conceive we cannot better express ourselves than by humbly supplicating the Supreme Ruler of the world . . . that the confusions that are and have been among the nations may be overruled by the promoting and speedily bringing in the holy and happy period when the kingdoms of our Lord and Savior Jesus Christ may be everywhere established, and the people willingly bow to the scepter of Him who is the Prince of Peace.”

With tremor in his hand, he signed it,

The man that John Adams would refer to as “the famous Adams,” would retire from office in May of 1797. He died on Sunday morning, about 7 O’ Clock, 2 October 1803 and was buried in the Granary Burying Grounds, Boston. His friends remarked that he had been born, baptized, and died on the Christian Sabbath—most fitting for this Puritan Congregational lay leader. He was hailed as the “Father of the American Revolution” by Boston’s Independent Chronicle. Congress enacted a memorial that included this:

“It has pleased the Supreme Being, in the course of his all-wise and righteous providence, since the last session of the General Court, to remove by death the venerable Samuel Adams…one of the most distinguished patriots of the United States.”

Samuel Adams’ last will and testament further revealed his theology of that Supreme Being that he referred to in his own writing:

“Principally and first of all, I recommend my soul to that Almighty Being who gave it and my body I commit to the dust, relying on the merits of Jesus Christ for a pardon of all my sins…”

There is no ambivalence whatsoever: like so many others of his day, Founding Father Samuel Adams believed that the Divine Being—the Supreme Ruler—was the Triune God of the Bible and that salvation came through trusting in the life and death on the cross of our Lord and Savior Jesus Christ.

Wells, William V. The Life and Public Services of Samuel Adams, Being a Narrative of His Acts and Opinions, and of His Agency in Producing and Forwarding the American Revolution. With Extracts from His Correspondence, State Papers, and Political Essays. Vol. III. Boston: Little, Brown, and, 1865. Print.