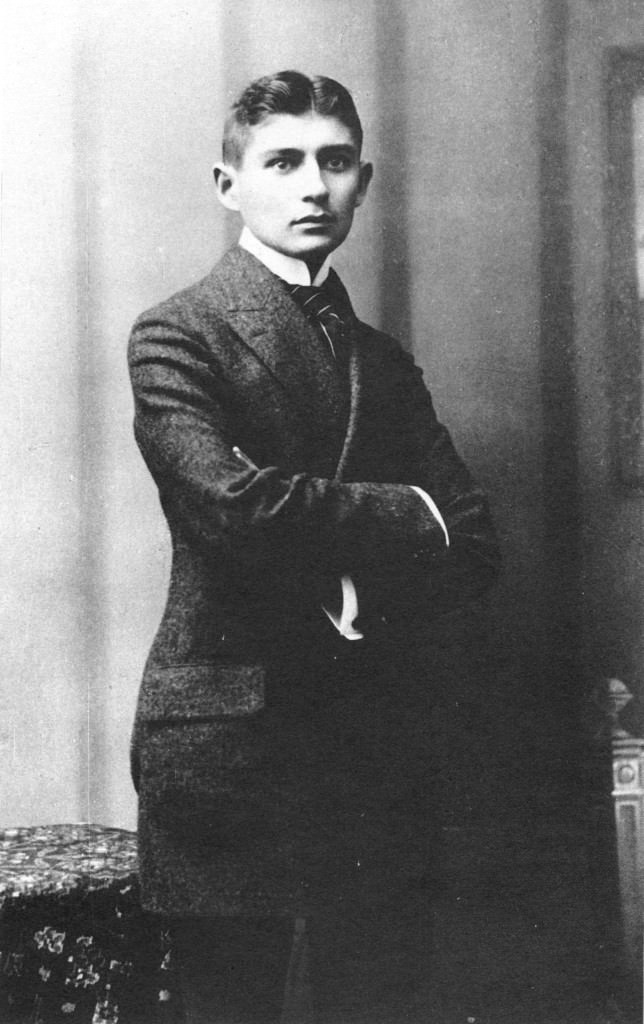 I read a very fine reflection from one that I esteem highly, whose spiritual life has achieved peaks I can never hope to climb. This spiritual giant quoted Franz Kafka (1883-1924) on occasions in this particular work. He is not the first Christian writer to do so. Kafka is, indeed, worthy of study. He is, in many ways, one of the better examples of early twentieth century writers, The Trial (1925), The Castle (1930),  to reflect the philosophical hopelessness and soul’s alienation of that era—an era that would be witness to inexpressible horrors in The Great War and in World War Two. Kafka would influence others, like Jean-Paul Sarte (1905-1980) Being and Nothingness (1943), who would struggle to make sense of being human amidst the complexities of life lived under the weight of mankind’s own savagery.

Franz Kafka wrote a very memorable passage in one of his letters, “I think we ought to read only the kind of books that wound and stab us. If the book we are reading doesn’t wake us up with a blow on the head, what are we reading it for? …We need the books that affect us like a disaster, that grieve us deeply, like the death of someone we loved more than ourselves, like being banished into forests far from everyone, like a suicide. A book must be the axe for the frozen sea inside us” (Letter to Oskar Pollak , 27 January 1904).

The quote about a book being an ax for the frozen sea inside of us is something that is right out of The Emperor’s Club or Dead Poet’s Society. This is the kind of quotation that makes Kafka writing popular and quotable. The problem, it seems to me, is Kafka. The famous 20th century Prague Existentialist wrote and read out of a worldview framework in crises. Kafka’s worldview was not so much Kafka’s outright denial of God’s Creation, Man’s original sin, the loss of Eden, and the longing for redemption, as well as redemption revealed and located in Jesus Christ through the Cross and the empty tomb (though there is, certainly, no sign of acceptance of Christ). Rather, Kafka displays a characteristically existential fogginess about it all. For Kafka the universe is insensible and, therefore, the universe is cruel. Life is mystery, not in truth veiled, but in absurdity unmasked. Thus, it would be inconceivable to one such as Kafka to imagine reading a book for inspiration or encouragement, much less for devotional purposes. One reads, according to Kafka, for “suicide.” If reading or following Jesus Christ we mean to say that we die to self, and that is how we baptize Kafka’s language, then, to be sure, to read a Christian book, or listen to a Christian sermon or message, can, indeed, rearrange our world like a “disaster.” Yet, that is not what Kafka meant. So it does take a little reworking of Kafka to get the words of Kafka, as powerful as they are, to apply to the Christian message. It doesn’t mean I dislike Kafka or dismiss those who quote Kafka, etc. To the contrary, those who quote him are my teachers! They make me think. And I have thought about Kafka and consider him to be most confused about the important things of life.