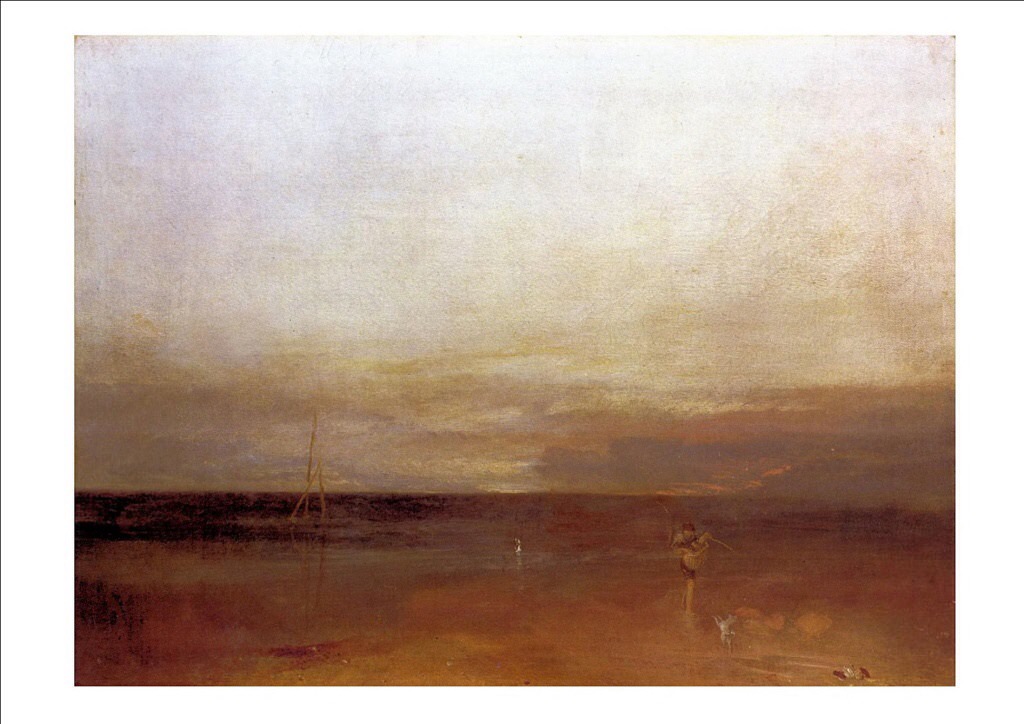 “The Evening Star” is the title of a painting by the eminent English seascape painter, JMW Turner, from 1830. Turner did not give the title to the painting. Others took the words from the artist’s handwritten description of his painting as they found it in his sketchbook from the years 1829–1830. The notes on this masterpiece from the National Gallery remind us that JMW Turner was often interested in “transitional” times in nature. He was apparently quite fascinated in the Evening Star because it appeared in the daylight, but its light was overwhelmed by that of the morning sun. In the painting one can see a boy with his shrimping net in the water. The evening star is barely discernible in the sky, but Turner’s white brushstroke indicates the star’s presence as a reflection in the sea.

The painting seems to me to be a suitable accompaniment to the text I have read from St. John for this evening’s devotions.

The reality of the mission of Jesus was always before Him and He revealed it in time, like appearing of the Evening Star, to His disciples. Yet, the overwhelming solar intensity of Christ’s presence—and the personal hopes of these men—distracted and disturbed the disciples. The truth of the coming cross, even if at times evanescent and indistinct in the white horizon of busy, public ministry, was reflective and discernible in the blue tides of still, private moments.

The splendor of this world can eclipse the glorious promises of heaven in the sketchbooks of men. The reflections of the Evening Star are always there, however, to remind us of the faint, but discernible truth. And we, like Turner’s boy in the sea, are called to take up our nets while there is time.

For the the faint light will grow stronger as the sun finally sets.