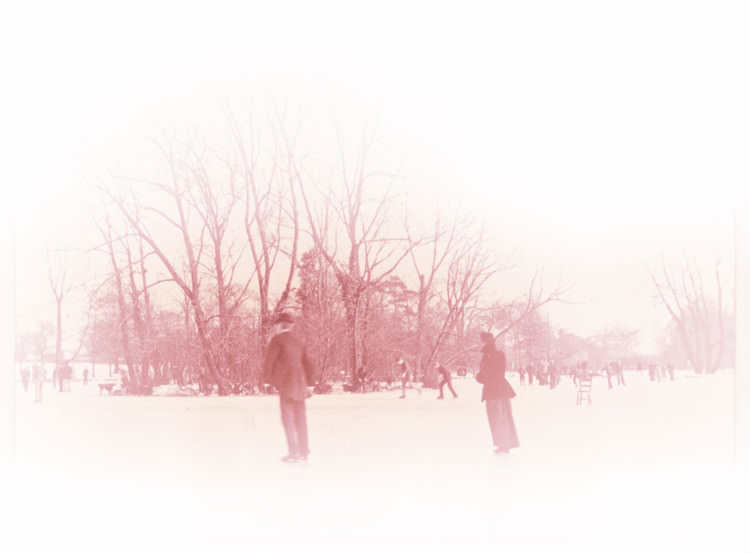 I have through the years sought to use the bulletin, not as simply a handout and guide, but a real accompaniment to the service. I have used something often called “reflections” to borrow favorite verses from literature (or art or music) to press home a Biblical passage or to signal a turn in the Church Year. I had another thing in mind, too. I have felt that as a minister I have a responsibility as a sort of repository of Western culture, if you will, to cradle the next generation in the things that they will get nowhere else but the Church. I believe that most people receive higher culture of Western Civilization from the Church more than any other place if any other place at all (due to the increasingly in-formalization of even the Church, the higher culture of art, literature, and music could disappear from there if it were not for the resurgence of many younger liturgical churches). Thus, from L’Engle to Donne, from Augustine to Calvin to Sproul, from Gurnall to Webber, the Church is the guardian of so many good things. And the minister of the Gospel is the steward of these “mysteries” crafted in verse. Here are a few quotes that we have used and which I share with you this season (by the way, is there a more wondrous thought than the Donne line, “Immensity cloistered in Thy dear womb?”):

Immensity cloistered in thy dear womb,Now leaves His well-belov’d imprisonment,/There He hath made Himself to His intent /Weak enough, now into the world to come;But O, for thee, for Him, hath the inn no room?/Yet lay Him in this stall, and from the Orient,Stars and wise men will travel to prevent /The effect of Herod’s jealous general doom./Seest thou, my soul, with thy faith’s eyes, how He/Which fills all place, yet none holds Him, doth lie?/Was not His pity towards thee wondrous high,That would have need to be pitied by thee?Kiss Him, and with Him into Egypt go,With His kind mother, who partakes thy woe.—John Donne, Nativity

Is there a more wondrous thought than the Donne line, “Immensity cloistered in Thy dear womb?”

On the Morning of Christ’s Nativity/This is the month, and this the happy morn/Wherein the Son of Heav’n’s eternal King,Of wedded Maid, and Virgin Mother born,/Our great redemption from above did bring;/For so the holy sages once did sing,/That he our deadly forfeit should release,/And with his Father work us a perpetual peace.–John Milton, On the Morning Of Christ’s Nativity

ADVENT—the four-week period that leads up to Christmas—is a series of events designed not to delay the celebration of Christmas, but to enhance it. It’s a kind of delayed gratification that culminates in a … satisfaction that is all the richer for the waiting.—Joan Chittister, Listen with the Heart

Advent spirituality is not a time to meditate on the actual birth of Christ. According to tradition, we ought not to sing Christmas carols until Christmas itself, for Advent is not a time to celebrate the birth of Jesus in the manger but a time to long for the coming of the Savior. The appropriate sense of this season is captured in the pleading of “O come, O come, Emmanuel, and ransom captive Israel.”—Robert E. Webber

“The authentically hopeful Christmas spirit has not looked away from the darkness, but straight into it. The true and victorious Christmas spirit does not look away from death, but directly at it. Otherwise, the message is cheap and false. Instead of pointing to someone else’s sin, we confess our own. ‘In our sins we have been a long time’ [Isaiah 64]. Advent begins in the dark.” – Fleming Rutledge, “Advent Begins in the Dark,” from The Bible and the New York Times

YOU keep us waiting. You, the God of all time, Want us to wait For the right time in which to discover Who we are, where we are to go, Who will be with us, and what we must do.So thank you … for the waiting time.—John Bell, quoted in The Westminster Collection of Christian Prayers, compiled by Dorothy M. Stewart

The spirituality of Advent calls us to start our journey in expectation of the second coming of Christ. The end time is the period in history when the work of Christ will be consummated, when the powers of evil will be put away forever, when the earth will be restored to the golden age described by Isaiah and St. John (see Isa. 65; Rev. 20-22).—Robert E. Webber

IT WAS NOT suddenly and unannounced that Jesus came into the world. He came into a world that had been prepared for him. The whole Old Testament is the story of a special preparation … . Only when all was ready, only in the fullness of his time, did Jesus come.–Phillips Brooks, The Consolations of God: Great Sermons of Phillips Brooks

CHRISTMAS is fast approaching. And now that Christ has aroused our seasonal expectations, he’ll soon fulfill them all!–Augustine, Sermon 51, translated by William Griffin in Sermons to the People

Next, the second coming says that the ultimate word in history is the triumph of God, the reign of God’s kingdom, the eternal and lasting rule of the good. Here is where our Advent meditation rests. By faith we are promised that evil will be judged and done away with and all will be made whole. This is the vision we want to carry with us as we view the news and visit the hospitals, psychiatric wards, and prisons of our world. Christian hope is an optimism about life that is grounded in Christ and celebrated again and again in the liturgy of the church.—Robert E. Webber

There is nothing so secular that it cannot be sacred, and that is one of the deepest messages of the incarnation.—Madeleine L’Engle, Walking on Water

The Theotokos has been revealed on the earth in truth,Proclaimed of old by the words of the prophets,Foretold by the wise patriarchsand the company of the righteous.She will exchange glad tidings with the honor of women:Sarah, Rebecca, and glorious Hanna,And Miriam, the sister of Moses.All the ends of the earth shall rejoice with them,Together with all of creation.For God shall come to be born in the flesh,Granting the world great mercy.–from the Orthodox liturgy, in Thomas Hopko, The Winter Pascha (St Vladimir’s Seminary Press, 1984)

In Advent spirituality we are also called on to meditate on the birthing of Christ in our hearts. In this matter we are dealing with the conversion of life, the movement away from the old life lived under the power of evil to the new life lived in the power of the Holy Spirit. True conversion is a turning from one way of life to another. Christ calls us to be converted to him, to make him the pattern of our lives, to make our living and dying a living and dying in him.—Robert E. Webber

“How can God stoop lower than to come and dwell with a poor humble soul? Which is more than if he had said, such a one should dwell with him; for a beggar to live at court is not so much as the king to dwell with him in his cottage.”—William Gurnall

“He is the Way.
Follow Him through the Land of Unlikeness;
You will see rare beasts, and have unique adventures.

He is the Truth.
Seek Him in the Kingdom of Anxiety;
You will come to a great city that has expected your return for years.

He is the Life.
Love Him in the World of the Flesh;
And at your marriage all its occasions shall dance for joy.”—W. H. Auden, For the Time Being

“A Child in a foul stable,
Where the beasts feed and foam;
Only where He was homeless
Are you and I at home;”—G.K. Chesterton, The House of Christmas

“Then pealed the bells more loud and deep:
‘God is not dead, nor doth He sleep;
The Wrong shall fail,
The Right prevail,
With peace on earth, good-will to men.'”—Henry Wadsworth Longfellow, Christmas Bells

“Now burn, new born to the world, Doubled-natured-name, The heaven-flung, heart-fleshed, maiden-furled Miracle-in-Mary-of-flame, Mid-numbered He in three of the thunder-throne! Not a dooms-day dazzle in his coming nor dark as he came; Kind, but royally reclaiming his own;A released shower, let flash to the shire, not a lightning of fire hard-hurled.”– Gerard Manley Hopkins, The Wreck of the Deutschland

“God has no fear of the slimy intimacy of touching his own creation.”—Kris Rocke and Joel Van Dyke, Geography of Grace

“The whole life of Christ was a continual passion; others die martyrs, but Christ was born a martyr . . . His birth and his death were but one continual act, and his Christmas-day and his Good Friday are but the evening and morning of the one and the same day.”—John Donne, Sermon of Christmas-Day, 1626.

“Among the oxen (like an ox I’m slow)
I see a glory in the stable grow
Which, with the ox’s dullness might at length
Give me an ox’s strength.

Among the asses (stubborn I as they)
I see my Saviour where I looked for hay;
So may my beast like folly learn at least
The patience of a beast.

Among the sheep (I like a sheep have strayed)
I watch the manger where my Lord is laid;
Oh that my baa-ing nature would win thence
Some woolly innocence!”—C. S. Lewis, Into The Wardrobe

Veiled in flesh, the Godhead see;
hail the incarnate Deity
Pleased as man with men to dwell,
Jesus, our Emmanuel —Charles Wesley

“And in the Incarnation the whole human race recovers the dignity of the image of God.”—Dietrich Bonhoeffer, The Cost of Discipleship

“For outlandish creatures like us, on our way to a heart, a brain, and courage, Bethlehem is not the end of our journey but only the beginning – not home but the place through which we must pass if ever we are to reach home at last.”― Frederick Buechner, The Magnificent Defeat