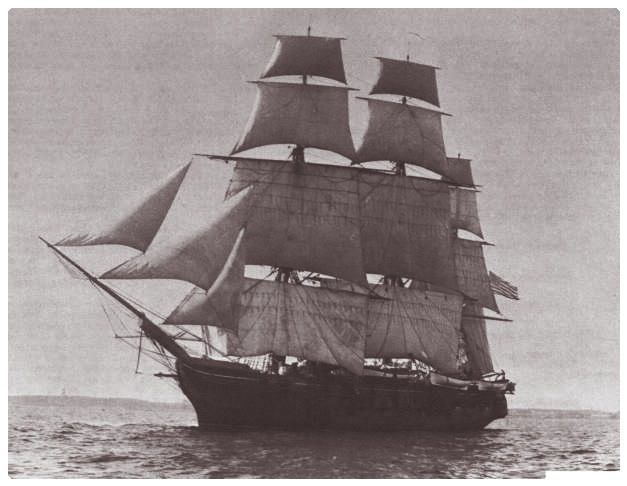 I thank God that just 10 generations ago, in September of 1620, my grandfather, Richard Milton of Gloucestershire, England, in the parish of St. Mary’s, Fairford, was not on the companion ship, a ship called Mayflower, but caught his ship, three weeks later, called Supply, sailing under the command of a Captain William Tracy. He was passenger number 18 on Tracy’s manifest. The Captain read young Richard Milton’s name with the others as the intrepid voyagers landed near the Jamestown settlement on January 29, 1621. He was able to join in what would become a great American civic holiday that was unabashedly focused on America’s dependence on God’s provision: Thanksgiving. Much lay ahead. My tenth great-grandfather escaped the Indian massacre of 1622 when the Powhatan Confederacy slaughtered 347 people, a quarter of the English population of Jamestown. Richard Milton later married Margaret Ross, daughter of the Scotsman, John Ross. For a while the Miltons lived at the Berkeley Plantation and then the Shirley Plantation, caring for kine, or cattle. But the records tell a story of American progress by pain and plow and Providence. The Milton family acquired Virginia gold: land. Richard and Margaret became a Virginia planter family. Richard would live through the trials of Indian attacks, family crises, and the invariable good and hard times of any farmer to be 95 years of age. Along the way he left a historical record of his life by way of legal documents: land bought and sold, a will drawn up and then, at length, executed. He was an able gentleman and scrivener to the end, affording generations that came after him an opportunity to read the story of his life and his faith in Jesus Christ. His last will and testament begins with a powerful testimony to the righteousness of Christ and atoning blood which was his only hope. This is how our family’s American story began.

Richard and Margaret Milton had a son, Robert Milton, who had a son, William Isham Milton, born in North Carolina, but who fought in the Virginia regiment of his family’s ancestral home, against the Mother Country of his grandfather’s birth. That was an extraordinarily difficult time that we cannot fully grasp today. This Revolutionary War soldier became part of the Continental Army, eventually fighting under General Washington. His brother suffered among the number at Valley Forge. William Isham Milton was present at Yorktown to see General Cornwallis surrender to Washington. He would later live to celebrate the 50th anniversary of the Declaration of Independence, learn of Jefferson’s and Adam’s passing on that day, before joining them just four years later. He died in Chesterfield, South Carolina, just across the line from the Old North State. His sons would head westward in search of more land. Along the way they would fight, in the War of 1812, in East Tennessee for the Union Army in the Civil War, and would carry on the tradition of public service and adventure, founding farms, schools, churches, and even towns. After nine generations of such high adventure I got to join the party. I should say God put me in this family. We don’t really choose.

So I was born to privilege. No, I didn’t have material wealth. I had more. I had an Aunt Eva who bequeathed to me the value of books, ideas, faith in Almighty God, love of country (she wept when Churchill died and she gave me a love for this nation’s Mother Country as well), appreciation for the land, admiration for the farmer, and a taste for the stinging pleasure of hard work and a job well-done. I had the privilege of having an older woman rear me who gave her life as an investment in me, a passion to carry on the heritage of public service that she taught me had marked our family since we came to America. She once caught a ride to bring me to see an older cousin of hers who had the oral history of our family in America. The story I have written here is documented now, but began as an oral sketch by that World War I veteran so long ago. Aunt Eva thought it was critical that I sit at his feet and learn this from the patriarch before The Lord called him home. Mae and I would later visit him in the hospital as he lay dying.

Here is what I take away from this little American family story that he gave me:

Because the Lord preserved Richard Milton across the ocean and through that Jamestown massacre of 1622 and led him to a Jamestown Thanksgiving and through all of those other amazing days of his 95 years—and through all of the millions of other known and unknown providences of all of the seconds of nine successive generations—(just like your own amazing stories), I am here to sing the praises of God’s glorious Providence. If only one fact were missing, then I might not know life—or worse—I might not know Christ. It is all a gift. There is no room for boasting. It is all of grace.

So this Thanksgiving I pause to ponder the wonder of His ways as He builds a legacy of faith through the generations. And I am but one. Oh what a glorious Day when the families of the earth process with generations of stories of grace to return to God as an offering of thanks! Oh to be in that number!

This is truly a testimony to His faithfulness to His people for:

“One generation shall commend your works to another, and shall declare your mighty acts” (Psalm 145:4 ESV).