In October of 2010 I flew to South Africa to attend the Lausanne Global Evangelism Congress in Cape Town, South Africa. Somehow in God’s providence and under the fallenness of this old world, I came upon a virus that attacked the autonomic system bringing a diagnosis of an illness that scrambled my neuro to cardiac communication systems and interrupted vital, involuntary functions. By God’s goodness and power, I am stabilized. And I thank The Lord for all of the prayer from so many faithful friends and for those like the US Army Reserves Chaplain School that stood with me. Thank you.

During the worst part of it I wrote a song, while we were recovering in New England, called “How a Wounded Bird Flies.” I didn’t want to waste my Dysautonomia (with all due credit to John Piper). So I recorded this song while still sick. It was better that way though the singing may reveal the sickness. Yet I wanted it to have an authentic cry of suffering, if you will, in order to try to identity with others who suffer greater, longer and in ways I can never, ever know. I wanted to, somehow, taste, savor, compose, and sing of the suffering of Christ so that I might “improve” the illness and make it useful in a pastoral way. I offer this song being released through Bethesda as one such attempt at these aspirations. The song is distributed through iTunes,  Amazon, and many others. The music is copyright 2013 Michael Milton, Bethesda (TuneCore), BMI.

Scriptural theme in the song: “For to this you have been called, because Christ also suffered for you, leaving you an example, so that you might follow in his steps” (1 Peter 2:21).

A Thought: “Some flowers must be broken or bruised before they emit any fragrance.”—Robert Murray M’Cheyne, More Gathered Gold: a Treasury of Quotations for Christians, edited by John Blanchard (Welwyn, England: Evangelical Press, 1986), p.  315.

How A Wounded Bird Flies 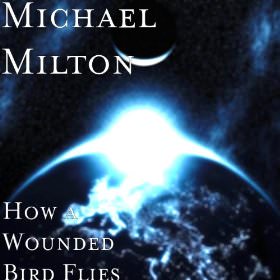