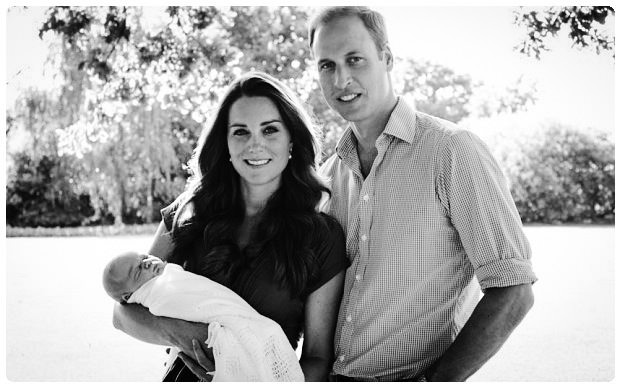 The Telegraph reports that as Prince George is to be baptized, he joins “the majority of Britons” who identify themselves as Christians. Of course, the culture in Great Britain—and in the U.S., the Commonwealth of Nations, and Western Europe, which also claims a majority Christian population—is increasingly secular by even the most optimistic evaluation. The report should cause believers to pray.

One might pray, indeed, for the future king’s reign and ask that there might be a vibrant Christian faith renewed in the West. As Josiah, through Hezekiah, found the Torah in the Temple, (2 Kings 22:11), may George be surrounded by godly ministers and find Christ in the Cathedrals.

Lord of all, who has defied the gloomy prospects of doomsday naysayers before with surprising acts of undeniable spiritual revival, each act a glorious display of the crowning intervention in human history when Thy Son, our Savior, Christ Jesus, pierced the awful night of our imprisonment with the golden rays of an eternal light so bright that sinners were saved, lives were transformed, and entire nations were changed from brute idolaters into fellow worshippers of the one true God with angels and archangels, the prophets, apostles, martyrs, and all of the faithful; we believe that Thou canst come in power upon this child, George of Britain, and use him to rediscover the magnificent treasures that the knowledge of Jesus Christ hold for him and his subjects and the world, even as we pray for other children, all over the world, being dedicated to Thee, with all of the promise and potential that they, too, hold through Thy power and providence; praying, O God, that through Thy wondrous power, on this little prince, the everlasting Prince of Peace will be magnified to a world in desperate need—a world which, if Christ should tarry in His Second Coming, we cannot even imagine from this distance—and, we pray, that Thy creation may see not only spiritual revival, but, finally, the cosmic revival of all things, so that Paradise is restored, mankind and all of Thy creation—infected by the rebellion of Satan and the fallen angels, and the tragic choice and Fall of the human race—is redeemed, renewed, and resettled in a New Heaven and New Earth, through the singular victory of Christ on the Cross, never to suffer war, pain, or death any more. These things we pray, on this Occasion of the Baptism of Prince George of Britain, through Jesus Christ our Lord. Amen.