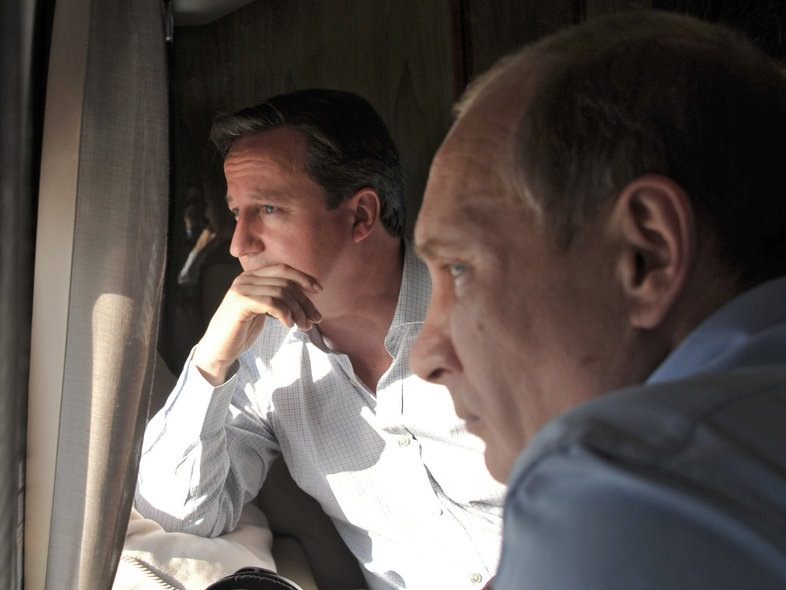 As the ancient Anglo-Russo antagonism reemerges, and Mr Cameron will surely not stoop to the levels of his irascible guests, it might be good for someone (I might wish it were the American President) to mention that Britain helped save Russia in WWII and that Britain remains the head of a 54 member Commonwealth of Nations of 1.5 billion people, 1/3rd of the population of the earth, under the monarcy of the British crown. The USA is an extension of her history in many ways and shares a special relationship bound by language, history, and culture. The U.S. depends on UK defense as much the UK can depend on US support. Mr Putin deserves the Churchill statue that Tony Blair gave to the U.S.—not because his statesmanship is worthy of the great Churchill, but he deserves to be reminded of the sustained moral might of Britain embodied in the Great Lion.

Give him a copy of the bust because he will likely smash it in a moment of self realism. But do give him a really big one.

As for you, Prime Minister, remember those who have occupied No. 10 before you. Disraeli. Lloyd-George. Churchill. Thatcher. Stand tall Sir.

“So you will walk in the way of good men And keep to the paths of the righteous. For the upright will live in the land And the blameless will remain in it” (Proverbs 2:20-21).