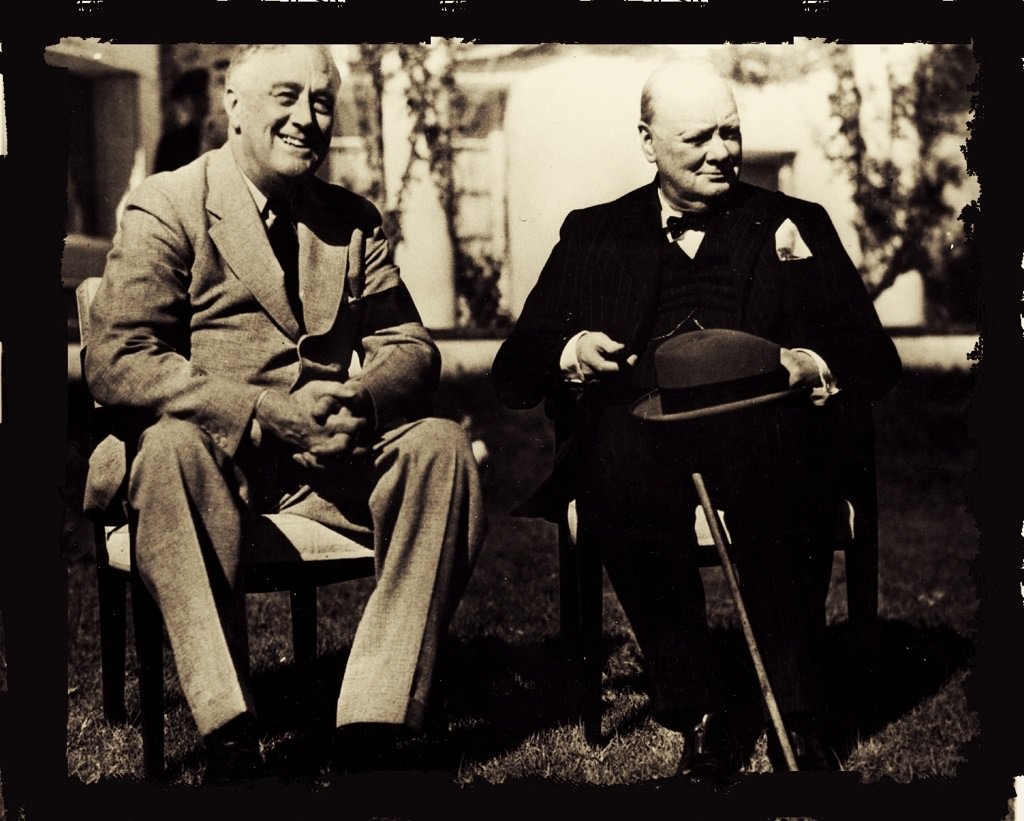 “I think the Roosevelt-Churchill story, however, proves that it does matter who is in power at critical points and that politicians, for all their calculations, deceptions, disagreements, and disputes, are not immune to emotion and affection as they lead nations through tumultuous times.”

We think about this now don’t we? Working relationships matter. And when a crises comes as they inevitably do in the political leadership of great nations, there is no time to build that relationship. In the chaotic demands of such moments in history, statesmen must immediately withdraw the convivial capital from earlier investments and pool it to stand for moral good in the world and meet the test of history. When such relationships are absent, or unformed, even “special relationships”—such as the US and the UK—cannot be sustained. Diplomatic channels clog. Parliamentary houses cannot endorse what clarity cannot deliver. Policies break down. Dictators or the aggressor in the global crises is given more time. The Art of War shifts to his diabolical ends. “Saving face” becomes policy. Saving lives becomes parsimonious. Uninformed decisions thus follow unformed coalitions. Unformed coalitions are traced to unhinged relationships between allies.

If the current President of the United States and Prime Minister of Great Britain had anything approximating the relationship of “Franklin and Winston” one wonders whether the military strategy in Syria could be articulated with greater clarity. Perhaps a friend would have whispered that making public pronouncements about “red lines” carries bravado but is dangerously hollow without a prepared mission agreed upon privately beforehand. Perhaps a meeting of Parliament and the Congress could have been coordinated. Perhaps, after friends met and agreed upon principles, and generals and senior diplomats agreed on mission, risks, objectives—strategy and tactics—the leaders would have spoken with one voice.

It is the same in any business or any organization. Yet the stakes are incredibly higher in dealing with international relations. People die—thousands are gassed, a much needed ally is weakened as PM Cameron failed to sway his Parliament to support his policy.

“Whoever walks with the wise becomes wise, but the companion of fools will suffer harm” (Proverbs 13:20).