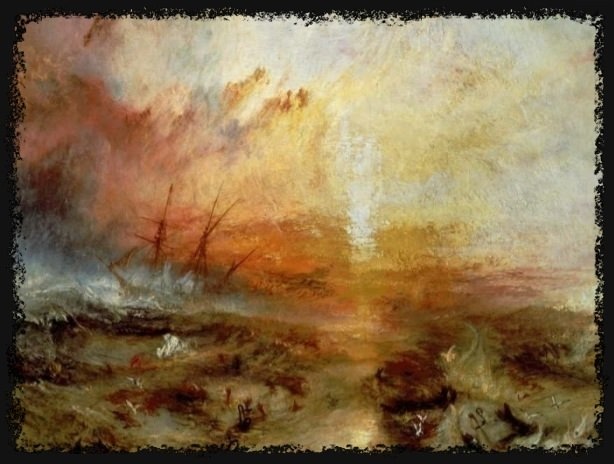 One of the great pastor-scholars of Seventeenth century Puritan England gave an answer to the question, “What happens when I have prayed for healing and have none?”

“The best way to do ourselves good is to be doing good to others; the best way to gather is to scatter” (THOMAS BROOKS1608–1680).

Such advice can be holier-than-thou-platitudes which really serve only to deepen the soul’s sense of divine abandonment, except—when such words come from a fellow sufferer. It is then that such words are received as a cracked and bleeding hand reaching out in the companionship of suffering to another. Those who have not walked in the valley of the shadow of death may give wisdom, but only those who have traversed those shadowy places can give wisdom and personal understanding.

Thomas Brooks is such a one.

Brooks possessed a stellar education from Emmanuel College, Cambridge, (a contemporary with John Milton) and we know from his sermons, the manuscripts of which survive in ten volumes, and from the historical records from Cambridge and other sources that this prodigious minister was not only a sought-after preacher, famous writer and spiritual advisor to the masses in his day, but also served as Rector at St Thomas the Apostle Church, Anglican (1648-51; destroyed in the Great Fire of 1666 and chosen by a committee, 1670, with Sir Christopher Wren, not to be rebuilt; the parish merged), a well-beloved Naval chaplain to the Parliamentary fleet during the English Civil War, and was later to accept a call to St Margaret’s New Fish Street, Anglican (1652-62). Brook’s pastorate there was not easy and he wrote of the contention and opposition that came from within. This church also burned in 1666 (the first church, in fact, to burn in the Great Fire of London: the parish was also merged and the edifice not rebuilt). In 1662 the author of the cherished Precious Remedies and other popular publications of his pulpit messages was ejected from his church, lost his “living,” and was persona non grata to the Established Church. The notorious “Act of Uniformity” (1662) was an act of, among other things, ecclesiastical revenge on Puritans that had its roots twenty years earlier when the Church of England had suffered indignities under more radical elements of the Nonconformist movement. Thomas Brooks, imminent scholar of Cambridge and rector of several of the more notable and respected parishes in the capital, moved from his nearby St. Margaret’s to the endless fields of sickly refugee camps, brothels, and roaming drug users in that area of London near the ancient Roman gate where there yet remained open land: Moorfields (I have visited the area recently; it is, ironically, now a booming, modern financial district near the Barbican). It was there that Reverend Thomas Brooks ministered in a Congregational assembly and also preached in the open field to the gathering of infected, uneducated, poverty-stricken outcasts. When the Great Plague of 1665 hit London so severely, he was said to be the only minister to remain at Moorfields. For this act of faithfulness to those lost sheep of Moorfields, this Cambridge-educated, once-famous preacher-to the-Royal-Court became one with the lowest of London society was thus remembered and honored with unusual respect by these desperately poor people and their children for many generations afterwards.

A man may be troubled on all sides in the world, but be at perfect peace if his home is tranquil. This was true for Brooks. His wife, Martha, a godly pastor’s wife who endured the slings and arrows of the Evil One and the often unwitting plots and schemes of those who hurt Christ’s servants in the name of Christ, preceded Thomas in death. Thomas Brooks remarried a young woman who proved to be a suitable “help meet” to Brooks and brought him great joy amidst the sorrows of his ministerial suffering.

Thomas Brooks passed through this veil of sorrows to enter the celestial beauty of His precious Savior’s presence in September, Thomas Brooks was buried in that most infamous of nonconformist cemeteries, Bunhill Fields, which served as a unconsecrated ground for Nonconformists, and detested by “good society” as not being suitable to join the departed in proper church yards of the Established Church. Yet now the ground at Bunhill Fields, planted as it would be with the earthly seeds of some of the godliest men and women in London, waits now for what will be, undoubtedly, a magnificent harvest of resurrected bodies ascending on that Day soon approaching. The Rev. John Reeve, a popular preacher of the day, delivered the graveside sermon and remarked upon Thomas Brooks’ gravity, steadfastness, gentleness, patience, cheerfulness, and endurance in suffering. His earthly remains do lie next to the likes of John Owen, John Bunyan, Vavasor Powell, and Susannah Wesley awaiting the Second Coming.

Brooks was ejected from his pulpit at St. Margaret’s but not before he delivered a final charge as Pastor Thomas Brooks at Ejection of 1662. He left his flock a sermon that included these words:

“Walk by no rule but such as you dare die by, and stand by in the day of Jesus Christ. Do not walk with the multitude. Make not the example of great men your rule, which stands in opposition to Jesus Christ. Who dare stand by either of these before him at the great day?”

Brooks is thus one we can recall in our afflictions. He looked to that “heavenly city” and so not only endured his earthly one, but through his many trials, improved it. Thus he identified with the Cross of Christ. The very things that sought to crucify him crowned him. His shame in the world became his nobility in heaven.

Therefore, may we be assured that as we are groping for meaning in suffering beneath the shadow of the Cross we walk by the light of His life.

Our usefulness to God depends not on our health or wealth but entirely upon His grace and our response to it in the lives of others.