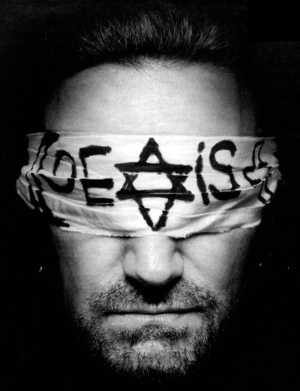 We must not be fooled into believing that relativism is new. It is not. Relativism is either a sort of conscientious objection—a kinder, gentler expression of poison atheism, if you will—to the undeniable God of the human conscience, or it is the ultimate act of cowardice to one’s own internal witness to the extraordinary evidence of God all around us. For John Calvin, Romans Chapter One and St. Paul’s talk of an intuitive, God-placed knowledge of God, as well as the testimony of the undeniable works of a Higher Being with purpose in the cosmos not only marshals forth “General Revelation” to charge the unbeliever with deceit, but his own sensus divinitatus—sense of the Divine embedded into his soul—condemns him. The response of the defendant is predictable: relativism.

It was this same putrid relativism that led ancient Israel to play the harlot with the one, true God: worshipping Him, going through the rituals, while giving reverence to the foreign deities of pagan cultures—cultures that offered some allurements to the covenanted People of God so enticing that they were willing to betray the love of GOD for the lust of their flesh. Thus, the Old Testament prophets cried out so often against the acts of as well as the spirit of relativism. It is not too much to affirm that this relativism was the perennial and perilous trap set before Israel and decried by the prophets:

“Your new moons and your appointed feasts my soul hates; they have become a burden to me; I am weary of bearing them” (Isaiah 1:14 ESV).

“And Elijah came unto all the people, and said, How long halt ye between two opinions? if the LORD be God, follow him: but if Baal, then follow him. And the people answered him not a word” (1 King 18:21 King James Bible [Cambridge Ed.].

“And if it seem evil unto you to serve Jehovah, choose you this day whom ye will serve; whether the gods which your fathers served that were beyond the River, or the gods of the Amorites, in whose land ye dwell: but as for me and my house, we will serve Jehovah” (Joshua 24:15 American Standard Version).

In the New Testament, most of the letters are written to rip the “coexist” bumper stickers off the new assemblies’ doors or to warn of its danger. Jesus condemned the same diabolical spirit when He warned the Church through St. John at Patmos of the deadening effects and judicial consequences of relativism on the Church, “So, because you are lukewarm, and neither hot nor cold, I will spit you out of my mouth” (Revelation 3:16 ESV).

Relativism assaulted the early church. One can easily imagine those who utterly despised believers who preached the Biblical claims of Christ’s unique Lordship in an age when a pantheon was venerated as a comfortable if not elaborate meeting house to assuage all fears of dogmatic assertions. It was not only a sacrilege against Caesar worship, but Christ’s Kingship could threaten the Empire’s Pax Romana. It was, thus, an age that championed “Coexist” bumper stickers, as it were, on suburban Roman family chariots driving to an outing to see dogmatic Christian believers burned before their lusting eyes or torn into bloody bits by ferocious beasts who had not been fed for days. What a peculiarity: that COEXIST expressions can only exist in a Judeo-Christian society, even though Christianity and Jews are kept out of the party. One won’t see Coexist bumper stickers or professors teaching relativism in Islamic Iran or even in the more benevolent Saudi Arabia, for instance. Yet it’s all relative.

In the last century, human beings witnessed the apex of vile relativism rising from the pit of of the earth when the weakened German government was seized by National Socialist thugs under their morbidly gifted and charismatic leader and WWI corporal, Adolph Hitler. Hitler, especially through his Propaganda Minister, Dr. Josef Goebbels, detested Christianity, but felt the Church could aid the Nazi-dictator-State movement—as long as they kept their faith to themselves on Sundays. They would have, no doubt, been great admirers of some modern interpretations of the separation of Church and State in which religion is to keep their morality and beliefs out of the public square of ideas while the State alone judges which ideas are “hate speech” and which are “progressive.” They would and did applaud and reward compliant clergy who dutifully—and tragically, mistakenly, foolishly—taught, “This is not our business. We are to be about God’s kingdom,” as if there is any limit on the sovereign rule of King Jesus. They found plenty of Scripture to support their errant views. In hindsight, their citing of the passages to justify their positions look callously self aggrandizing, shamefully cowardice, or just plain foolishly duped by a shrewd master Machiavellian power greater than any fidelity to Christ they might have publicly confessed.

One thoughtful German resistance member put it so well in his diary:

One note: This was mentioned earlier but bears repeating in a, hopefully, fresh way. If “Coexist” really meant the free exercise of religious thought, without retribution, then the Christian and the Jew should be the first to say, “Aye!” If it meant people of different religions and political and philosophical opinions, or differing, yea even competing creeds, wanting free expression of those creeds, to take their turn at Speakers Corner at Hyde Park, then Christians would go to the back of the line and let others speak first. That is our commitment to coexisting as a free people whose freedom comes from God and whose consciences must be answerable to God alone. Every man has a God-given right to speak his convictions if he feels he is helping mankind in doing so. In this concept of “Coexist” count me in! That is called the First Amendment! That is the Magna Carta! This is our heritage passed down through Western Civilization and the English-speaking peoples, to borrow Churchill’s words, all arising from a Biblical worldview.

But that is not what is meant, is it?

So relativism has been and will be here to not only try the believer but much more dangerously, to tempt the believer.

Yet against this ever-present temptation, there are those who live out of an internal furnace of Divine love; a gratitude to the God of grace who did for them what they could not do for themselves. Sacrifice and even martyrdom seems more welcoming to the conscience than luke-warmness towards the Lover of one’s soul. For these Gospel-transformed creatures relativism is a denial of love and a brazen act of betrayal which eternal gratitude cannot endure. So, they—oh, may we—cry out before the seductive spirit of relativism:

“But even if he does not, we want you to know, Your Majesty, that we will not serve your gods or worship the image of gold you have set up” (Daniel 3:18 NIV).

Christ the King has never and will never “coexist” with any deity. He is Lord. Every knee shall bow, every tongue confess that Jesus Christ is Lord.

No God but Christ.

Put that on your bumper—while you still can.