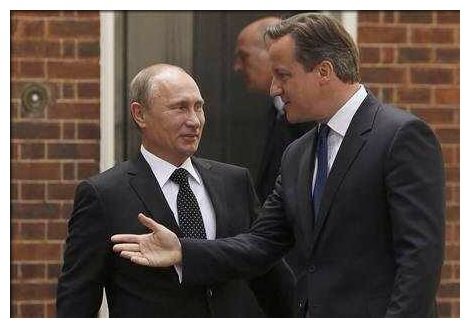 While Americans are dizzy from the day by day scandals of an administration that has made “trust but verify” something we apparently can’t even do with our own nation what Reagan demanded of relations with the Communist Cold War Soviet regime (Reagan could at least “trust” his treaties with the Soviets as long as he could verify—increasingly Americans are learning that we can’t even “trust” our own government), the UK is “minding the gap” in the international relations breach that the Obama administration scandals have created.

This year’s G8 in Northern Ireland would have been the Putin Power Show had British PM David Cameron not taken the lead for the free Western powers to literally roll up his sleeves and stand up to Putin on critical issues like Syria and the need to address global terrorism from both strategic and tactical angles. Little news was paid to his successful work with Japan over defending democratic interests from the trajectory of terrorism threats in the Indian Ocean and Pacific Ocean, which many like futurist Robert Kaplan in his book Monsoon see as the next battlefield of this on-going world-wide conflict. The Conservative Prime Minister’s revelation that British intelligence has confirmed chemical attacks by the current Assad government forces against their own people was a direct counter punch to Russian “dictator” Putin, who was unyielding on supporting the ruthless Syrian regime. Yet, Cameron didn’t, as Obama has sometimes seemed to hint, see any saints on the other side. The British PM said the the opposition had Taliban elements in it. He wisely led the G8 to find a way to seek out democratic, moderate forces who were proven to be untethered from Islamic extremism and empower them. No easy task, but the right answer. This and other displays of leadership checked the growing Russian Bear and for a moment the old British Lion roared again. Thank God. For our own government is paralyzed by scandals that are wrecking not only American confidence in its representative government but weakening our standing in foreign affairs.

Clearly President Obama’s awkward return of the Winston Churchill bust given to us by PM Tony Blair after 9/11 and the present treasonous compromise of Top Secret intelligence data by one of our contractors about Anglo-American intelligence has not dampened the the outward spirit of our most loyal partner in the world—no matter how much MI5 must be quite understandably fuming right now. David Cameron and Great Britain may have been given an iPod of Obama speeches, but they are the ones who are doing the talking for us now.