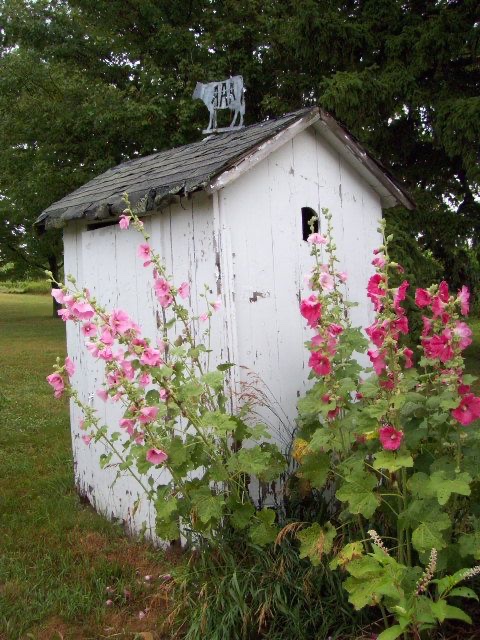 This little article was first composed about twenty-five years ago. I updated it a few times through the years. It looks like the most recent edit was in 2016, and before that in 2012. As I read reports on social media about Vacation Bible Schools (VBS), I felt led to publish this. I do so as an act of thanksgiving to the Lord for the women (when I was growing up the workers were all dear ladies, and some teenage girls helping) who banded together as a veritable band of sisters to bring Jesus Christ to little ones. Mae and I always desired to honor our VBS workers, and to join in on this vital ministry. I recorded a song that I composed for one of our church’s VBS. You can listen to “Let the Children Come” at the bottom of the page if you like. I dedicate this to you, heroines (and heroes) of the Kingdom who are making an eternal difference in the lives of little ones.

But Jesus said, “Let the little children come to Me, and do not forbid them; for of such is the kingdom of heaven” (Matthews 19:14 NKJV).

Summer is here! A few weeks ago we had another wonderful series of graduations. Vacations are being planned.  Baseball is in full swing! Our roses are putting on a show. Memorial Day peonies have bloomed and have a little more performance left for the garden circus. I am thinking about these things, and I am thinking about Vacation Bible School (VBS). A few years ago I wrote about the power of the Gospel through VBS that I want to share with you here.

As I ambled down the driveway on a morning mission to get the newspaper, still in pajamas, covered by a light weight summer robe, untied, wide-open, and therefore irrelevant, I shuffled in poorly-fitted slippers, moving like a zombie to an unknown mission. I had the weight of the world pressing down on me. Committee meetings, pastoral counseling, emergency room visits, jail visits, and an upcoming Army Reserve annual train8ng can do that to a pastor. Yes, I was walking, I was breathing, I was even thinking (sort of), but because of my preoccupation with rescuing the universe from eternal destruction, figuring out a happy and productive future for others (though I am often baffled in the challenges of any given moment), I was not really fully living on that beautiful summer morning. Nor was I praying about the oppressive thoughts that had become a very troublesome monkey on my back—creatures like those childhood nightmarish flying winged-monkeys from the Wizard of Oz. Man, I hated those things.

I had reached the end of the driveway, and was bending over to retrieve the newspaper. Then it happened. The epiphany came to me in one radiantly holy moment. A morning breeze appeared ex nihilo. As I felt the touch of an invisible ribbon of cool air, my senses hit “pause.” I was in that bent-down position, half-way to the ground, and the newspaper. I was immobilized (and, this time, it wasn’t pinched nerves in my L-4 and L-5). Yet, I was enlivened. In a strangely quiet, and most convicting way, the Lord came to me. He came not in the crash of thunder, nor in a luminous beam from on high, but in His Spirit arresting my attention, away from myself and to “the lilies of the field . . .” Well, not lilies.

Still looking at the world from my nearly crouched position, eye caught sight of a single hollyhock that I had planted by our mailbox. The hollyhock had bloomed. I had previously noticed one or two yellow flowers coming out, but I had somehow missed the full, glorious blooming that had occurred. The hollyhock formed a soft pastel impressionist painting: the deep reds melted into the buttery yellows, the creamy white ones seemed to stretch upward on delicate stalks to greet the new sun. The breeze that awakened me seconds earlier moved gently across the hollyhock flowers. The plant responded to the breeze in a nearly imperceptible movement. Sometimes God seizes our attention by a gentle grace: a ripple of water wrinkling the surface of an undisturbed pond, a long pause in a sermon, a firefly, a kind word spoken softly just when you need it most. The breeze and the ever-so-slight motion from the little community of hollyhocks led my mind, like a good shepherd, to the sacred sabbath-like place of “now.” I forgot the newspaper—and saving the world—and was released from my bent position, and my burdened distraction. I was freed to stand still, and look, and listen.

There were now yellows and reds and pinks and whites all arranged by God on huge “fig-like” leaves, sitting prettily on a couple of tall, skinny, green stalks. Now if you know anything about hollyhocks, you know they are one of those perennials that are advertised in garden magazines as, “Old Timey Plants Just Like Grandmother’s” or something like that. And it is true. Hollyhocks have a cherished place in the English cottage garden. As our forefathers and mothers came to America, they brought the seeds of those beautiful, spiked, multi-colored staple of the flowerbed with them. It truly is “an old timey” beauty. I have noticed that there are more of them in Midwestern gardens than Southern ones. The hollyhock is one of those flowers that can evoke memories of childhood at grandma’s house, or Sunday afternoon strolls through a park, or for me Vacation Bible School (VBS).

They remind me of VBS because there were hollyhocks growing near the outhouse of New Bethlehem Baptist Church, way out in the country near where I grew up (If you have not had the joy of using an outhouse, particularly an outhouse at a country church with VBS going on, I would love to talk with you about it sometime). I remember that going to the outhouse was a real pleasure. Yes, that’s right it was a real pleasure.

First of all, as a child, I was amazed by a plant that was taller than I was. Hollyhocks can grow to be eight feet tall in the right conditions. Second, they were pretty and reminded me of Miss Dot, our teacher who was, I thought, going to be my wife one day. I was seven years old and she was married to a banker, but somehow none of that mattered. Third, bees love hollyhocks and there was an element of danger in going to the outhouse. It made VBS even more adventuresome.

But put it all together, and for that one moment, as I bent down to get the paper and was mesmerized by the hollyhock in full bloom, I remembered the experience of the Holy Spirit moving on my heart at Vacation Bible School. I remember how I got to carry the American flag in the daily processional before we said the Pledge of Allegiance and then the Christian Pledge of Allegiance before the Christian flag. I remember cold Kool-Aid on hot, humid days. I remember the crunchy sweetness and floury smoothness of those cookies that came like a million to a pack for 99 cents. I remember waiting for a ride home after it was over at noontime.

But before I left each day I would slip inside and stand in the pulpit at New Bethlehem Baptist Church and imagine being the preacher. I remember how I felt God was there in that place and that He probably wanted me to do something with His presence. I didn’t quite know what He wanted at that time, but I remember His tug at my little heart.

I am thankful for hollyhocks. The Lord uses them to remind me that something very important is happening at churches this week and in the weeks to come. VBS will reach in to our children and reach out to children living right down the street from us. Many staff and 100s of volunteers are hard at work now preparing for that time next week. The Gospel of Jesus Christ will be presented. I am praying for covenant children, who have been reared in the Gospel, to be strengthened and challenged to follow the Lord. I am praying that children who don’t understand God’s love in Jesus Christ will understand for the first time and receive Him. And I am praying for the Lord, who often does His wonderful sovereign work of preparing young, tender hearts for future ministry, to do that in churches all over America.

Will you join me in praying for the summer ministry to children through VBS? Pray for Christ to touch the hearts of children with His grace and love. For behind the cookies and the singing and the crafts there is the image of Christ welcoming children and saying, “Let the little ones come unto Me.”

And if you drop by your church in the next few weeks of summer, maybe you will see some little child hanging around the sanctuary, maybe “trying out” the pulpit. Just let him alone and pray. God may be up to something with that young and tender heart.

We don’t have hollyhocks growing at my church; we don’t have an outhouse anywhere nearby. But I think God will still be with the children anyway. Because I think God loves VBS. And I know that  Jesus loves little children.