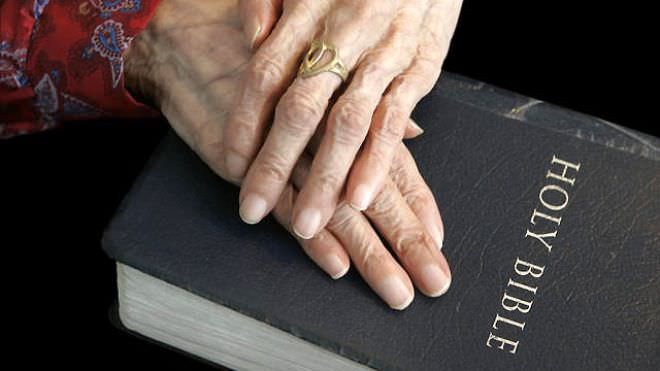 To talk about “a woman’s place” is to invite a wholesale reaction from not only the feminist, but also from the most dedicated complementarian and fair-minded traditionalist. As I used to hear on the playground when I was about to get in trouble, “Oh boy, you are asking for trouble!”

Well, I think that folks do have a right to be a little on edge when they hear a preacher start talking about “a woman’s place.” Who can deny that there has been patriarchal abuses that have caused great harm and misunderstanding about the Bible’s teaching of the role relationship of men and women (my concern here)? There is also the every present, distressing reality of the treatment of women in other parts of the world and in other religions. Yet, when we really examine the sweeping drama of sacred Scripture and look at woman’s place in that drama, we come away with a very beautiful and compelling answer to that intentionally provocative question.

A woman’s place? A woman’s place is simply that she is the very pinnacle of all of creation. On the Sixth day of Creation she was the final masterpiece of Almighty God in all of the universe. So those of you who accuse us of putting her on a pedestal this Mother’s Day (and every day) will understand our reason. She belongs on that pedestal. God has placed her there. She is the highest form of Creation and the fairer of the sex in the most celestial sense of that phrase.

A woman’s place? It is true that through woman, mankind was deceived by Satan and fell. Yet, in God’s good way of redeeming all things, woman plays the central part in bringing forth the Redeemer. I am not talking about Mary—at least for now. God gave a covenant—the covenant of grace – that He would do for us what we could not do for ourselves by providing a Messiah. The Messiah would live the life we could not live and die an atoning death that should have been ours. By faith in Him, His life is accounted for ours and our sins are placed on Him, at the timeless Cross of Calvary. This covenant was given through a man, Abraham, and through a nation, Israel. When Israel seemed faithless to God, at the end of the book of Judges, when the Bible says that “everyman did what was right in his own eyes,” the Holy Spirit shifted to the story of women who save the day. There was the Gentile widow-woman, Ruth, an unlikely heroine to bridge the gap between faithlessness and faith to bring about the Redeemer. And yet that is what she does. She becomes the grandmother of David and is in the lineage of Jesus. The role of woman is thus often the anonymous heroine who appears out of apparent weakness, who pieces things together, who holds the family together, and who keeps the promise alive because of a love that God implants in her tender heart. This happened also with the next chapter in First Samuel. There the story begins with Hannah. This woman is very much like Ruth. She is without child. She is not a widow, but, quite the opposite, is married to a man who has another wife. Yet out of the brokenness of her family situation she cries out to God. She takes her tears to the right place: to church, if you will. And there, the Prophet Eli hears her deep cry and grants her prayerful request and a boy is born whose name is Samuel. She dedicates the child to the Lord and that child Samuel would anoint David as king of Israel. Hannah played an important part in keeping the Covenant alive until Jesus would come and until you and I would receive him as Lord and Savior. She played the part that many women play: that of sacrifice in faith. That was her place. That is often the place of women today.

What is a woman’s place? Well, we do have to move to the central woman in all of the Bible, Mary. For she is blessed among all women. She is the new Eve. She is the fulfillment of the promise made to our first Mother. Mary knew this. In Mary’s Magnificat, she shows that she is a great theologian. She says that God has remembered his promises.

He hath received Israel his servant,
being mindful of his mercy:
As he spoke to our fathers,
to Abraham and to his seed for ever.

Mary will give the world, without the help of a man—for woman first fell without man—Almighty God in the flesh—perfect symmetry; absolute undeniable redemption of the story of woman. In Mary’s role as  “God-bearer” there can be no more condemnation of woman merely for being woman. That excuse is over. Just as the new Sabbath revolves around the resurrection, the new woman’s identity is formed on Mary, not Eve.

The role of woman? She brought forward salvation to mankind. If nothing else had happened that would be enough to make Mother’s Day.

Yet we could ask again: what is the role, what is the place of woman in the Bible? Woman was the first to see the resurrected Christ. She was also the first to proclaim the Gospel of the resurrection of Jesus Christ. Her message? “He is risen.” And how many of us will testify that the first evangelist we heard was a sweet voice of one on whose  lap we sat, sleepy-eyed, listening to her heart beat, as her voice whispered to us, “Jesus is risen.” I remember my Aunt Eva even now reading the Bible to me each night before bed. I sat in her lap far past the time when I supposed I should have. If she were alive I would climb up in her lap now, and lay my titles and degrees down at her feet, and ask her to teach me of the Savior again.

So whether you are a wife and mother, a single woman whose life has been to serve others’ children, a mom in a blended family, a birth mother who made a choice for life, a married woman with no children, a foster mother, a divorced woman and a single parent, a young lady in college, or a little girl, the Bible has a message for you: God has a special place in his drama of redemption for you. You were made for Him and for His glory and you were created in a special way to declare and live out His salvation. You have done it before through your mothers. And you will continue to do it until the New Heaven and the New Earth.