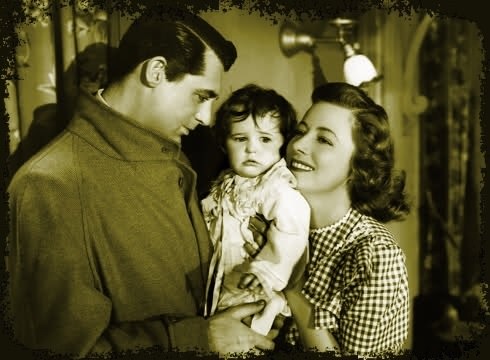 In Advent the Story of stories comes to life. The story comes to life in hymns and liturgies and quaint customs that touch us in places that go pretty much undisturbed for most of the rest of the year. But not now. Now is the time when the story is told again. One way that story is through film. There are plenty of “Top Ten Christmas Movies of All Time” sites out there within your command of Siri. What I am offering in this little article is a personal reflection on how the Story of God with us, the Advent of Jesus Christ—the hope of redemption in the tripart story of the ages—is brought out in a few of the great films. The films I would point to here are either directly related to Christmas or indirectly, through some significant connection to Christmas in the screenplay. In each of these offerings, however, I would say that the Redemption story of this season is there to receive. Let me offer six films (of the many which we could list) that convey the old, old story.

The first film I would offer to you and your family is Penny Serenade (1941). The Christmas story of Redemption is richly portrayed in this heart-warming melodrama. Irene Dunne, the four-time Oscar nominated actress who may be considered the very best actress of the Golden Era of Hollywood (and thus a contender for being called the greatest of all motion picture actresses), and Cary Grant, who was nominated for an Academy Award for Best Actor in this George Stevens directed movie, lend unusual pathos and depth to this film. As Irene Dunne’s character, who had worked as a clerk in a record store when the couple first met, draws near to the camera to put on another record, which acts as a sort of soundtrack for each period of the couple’s marriage, she reflects on her impulsive marriage to a high roller, her tragic accident, her miscarriage, their financial struggles in making a two-bit newspaper work, and, well, there is more. Much more. And through each of her reflections Steven’s device of aging Dunne’s character as she comes close to the camera to put on another record, draws us into the story of Creation—their marriage; Fall—Grant’s grandiose dreams and ambitions which bring the couple to ruin. Thus begins a black and white, good-old-movie epic of romance, broken dreams, childlessness, adoption, happiness, tragedy, and a closing scene that leaves the viewer both moved and satisfied. It is not a lost cause after all. And their redemption, like ours, comes in a child. The story climaxes at Christmas, and I cannot see the film (as my family will do once again this year) without feeling the sense of Incarnate hope. This is an excellent film. One of the best of the best. As the New York Times recently wrote in a review:

It’s a Wonderful Life, 1946, is not only Frank Capra‘s masterpiece casting James Stewart and Donna Reed in what is become the perennial number one classic Christmas movie on anyone’s list, it is also another one of those movies where Christmas itself is, seemingly, incidental in the script (I don’t believe that for a moment). The story like Penny Serenade climaxes with a Christmas scene of joyful redemption. In a sense, this apparent incidental use of Christmas in the script becomes most effective, for me, in communicating the Christmas message of redemptive hope. George Bailey (James Stewart) is another big dreamer, again like Cary Grant in Penny Serenade, who wants more than anything to leave his small town roots and do big things in the world. But his father’s savings and loan is failing. The product of a life of dedicated service by the elder Mr. Bailey, the bank is dependent, always, on the dictatorial whims of a wheel-chair-bound yet brutally powerfully and cruel “Mr. Potter” (Lionel Barrymore). Was there ever a darker character than Potter? It took several other films in which Barrymore was cast in a more likable role for me to get over this type cast. Well, you know the story: Jimmy Stewart can’t escape the small town destiny because his father dies and the savings and loan, the friendly local bank that bets its bottom dollar on the goodness and ambition of the everyday dreams of ordinary citizens known by name, gets into big trouble. Donna Reed’s marvelous role in this film is not only to give a suitable female lead that perfectly compliments the incredibly passionate and always believable acting gifts of Jimmy Stewart (again, much as Irene Dunne did with her role relationship with the big dreamer character of Cary Grant in Penny Serenade), but to act as an anchor for his character, George Bailey. She sees the truth of George Bailey: that his grandiosity—a complication of goodness and idealism and personal frustration—did not need to be discouraged as much as it needed to be channeled into something noble and selfless—helping others. George Bailey asks Mary, as they stroll through small town on an evening of courtship, “What is it you want, Mary? What do you want? You want the moon? Just say the word and I’ll throw a lasso around it and pull it down. Hey. That’s a pretty good idea. I’ll give you the moon, Mary.” Mary responds, “I’ll take it. Then what?” Classic. This scene typifies how Donna Reed’s character, Mary, goes along with his wild dreams, but she also knows that she will be needed to help him understand just how lassoing the moon works in real life. Creation? God-given dreams, love, hope, goodness and helping others as a part of the very essence of humanity imitating God. The Fall? Potter. False redemption failing through broken dreams leading to thoughts of suicide. Loss and struggle. But, oh the Redemption in the movie. “Clarence an angel” represents, if not a theologically and Biblically accurate portrayal of God’s divine intervention in human affairs, the screenwriter’s clear sense of Providence in the lives of human beings. Christmas, and that unforgettable scene of a family united, of a man who sees the value of life when he sees what life would be if he had never been born, leaves the viewer longing in his own heart for whatever it is that George Bailey found.

Alright. I will go no further in my fuller reviews. It is your turn. You watch these movies with your family and then, in your devotions before bed, reflect together on the theme in each of them. Find the Creation, Fall and Redemption features of the film as you talk together. Then read the Advent readings for that day (I suggest a reading schedule here, adapted from the Book of Common Prayer) and go to the Lord in family prayer.

OK. Here are my remaining four. I know you could add more and I hope you do.

There are some great ones that I have not listed (like the often-overlooked Meet Me in St. Louis [[1944] with Judy Garland, and Christmas in Connecticut [1945] with Barbara Stanwyck and Dennis Morgan). The Bishop’s Wife (1947) with Cary Grant, Loretta Young, and David Niven is another classic. Angels and Christmas go together (just ask “Clarence” or, better, Gabriel). Well, this is yet another classic Christmas movie with an angel who makes an appearance to teach an Anglican bishop in mid Twentieth century London about what is really important in life and in ministry. It takes some interesting turns (and none more literally unbelievable than the stand-in actors skating for Cary Grant and Loretta Young). Yet the movie brings the worldview home. I particularly love the closing sermon snippet by David Niven. But then again I am a preacher.

A Christmas Carol (1951) with the Scottish actor, Alastair Sim, remains a must-see. Everyone has done Dickens’ great story, including George C. Scott in a very memorable modern adaptation for the big screen; but I still consider this older one the most effective and the very best. How well I remember cuddling in Aunt Eva’s lap as our fuzzy, old black and white Zenith console bellowed out the ghosts of Christmas’ Past! Beyond personal nostalgia (I recall that as a child, this one seemed a bit dark and frightened me), tag this one as pure classic. No single film compares to this one, in my opinion, in terms of clear worldview. But then again that is what made Charles Dickens, as Chesterton called him, the “last great man.”

I would also commend Miracle on 34th Street (1947) with Edmund Gwenn, Natalie Wood, and Maureen O’Hara. Here is one to really think through! Santa, a courtroom scene involving the efficiency of the United States Post Office’s post-World War Two and Creation, Fall, and Redemption will test your worldview sensibilities to the limit! But the stretch is worth it.

I end with my own personal tie for my favorite (with Penny Serenade) Going My Way (1944) with Bing Crosby as Father Chuck O’Malley, the young upstart happy-go-lucky priest who liked to wear St. Louis Browns baseball gear and coach Brooklyn street gangs and transform them into singing cherubs, who specializes in revitalization of old parishes. He is sent on a mission to replace the aging Catholic pastor, Father Fitzgibbon, played by the wonderful actor who was always up for a good Irish curmudgeonly role, Barry Fitzgerald. The story, the music, the characters, and the story line will leave you wanting more. That is really what happened, as this film became a genre of its own, spawning other classic films in which wise and winsome Catholic priests came to save, not only souls, but the storyline.

And that leads me to a last thought. In Walker Percy’s debut novel, The Moviegoer (1961), Binx Bolling, the soul-searching, forlorn main character in this post Korean War period, set in New Orleans and on the Mississippi Gulf Coast, sought, in vain, to find meaning for life through, among other pursuits, the movies. Yet the confused, war-worn young veteran (who would be diagnosed with Post Traumatic Stress Disorder today), finally surmised, “To become aware of the possibility of the search [for meaning] is to be onto something. Not to be onto something is to be in despair. The movies are onto the search, but they screw it up. The search always ends in despair.” Percy obviously had not seen Penny Serenade when he wrote that line. The search for meaning in these classic Christmas movies is not ignored (though their 1940s innocence and Hollywood Movie Code restrictions may come across as quaint or even simple and possibly shallow to some). The search in these films is, however, explored and most often there is discovery of meaning, however quaint or poigniant or melodramatic the journey to arrive. There is not only Creation but there is the Fall, the shadows, the pain, the brokenness, and wound of sin, and the pain brought on by the devil, the flesh and the world. Yet these films will not leave you, like the Moviegoer, sunk in despair. There is redemption. The search does not end in despair but in hope. And that redemptive hope pulls at the heart-strings so passionately because we all want it. We all need it. It is the hint of heaven in our souls, the Sensus Divinitatis of John Calvin in his Institutes, Book 1, Chapter 3, that is calling us to the greater story in these little classic black and white stories we call the classic Christmas movies. Oh that we might really get the picture.