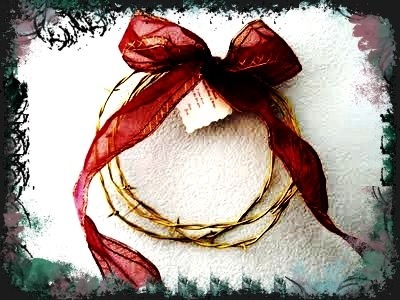 For those who observe the church seasons, and I must admit that the older I am more satisfied with the rhythms of the life of Jesus, and the traditions of the Church, than the calendars that commemorate this world.

We almost missed Christ the King Sunday. As we were out-of-town, common for me in my work, we rushed, in our minds, through the Thanksgiving Day (and the new secular holiday called “Black Friday”) and onto Advent. I even thought that this would be the first Sunday in Advent. But as we visited a congregation in Cleveland, seeking to join with the people of God in a place we did not know, we were reminded by our larger family that before we proceeded to next Sunday and the First Sunday in Advent, this year, we would remember The Reign of Christ or Christ the King Sunday.

The Call the Worship began:

Minister: “The Lord is king, He is robed in majesty!
People: The Lord is girded with strength.
Minister: The Lord has established the world; it shall never be moved.
People: God’s throne is established from of old; God is from everlasting.”

Then, instead of singing “O Come O Come Emmanuel,” we sang “Crown Him with Many Crowns.” The organ, vestments, and most certainly the texts and the hymnody defied the surrounding Christmas green. We were in transition and I had not waited long enough for Advent. I had skipped the rule of Christ to get to certainly of His coming. I missed the crown to move on to the garland.

The service awakened me to the reality of realities in the life of the Lord and its implications for our lives, for my life. We would, thus, recall why He came: to extend His Kingdom. He has always been King. He was King when He flung the stars into space. He was King when He spoke the world and all that is in it into being. The world existed and was sustained by His rule before He was born. But the King who was born in a feed trough, adopted by a carpenter, had no place to lay his head, was rejected as a bit eccentric if not worse by his own family, and began to preach that He was God in the flesh, destined to die for our sins but who would rise again from the dead, was a different King.

The Scripture was read,

“So Pilate entered his headquarters again and called Jesus and said to him, “Are you the King of the Jews?” Jesus answered, “Do you say this of your own accord, or did others say it to you about me?” Pilate answered, “Am I a Jew? Your own nation and the chief priests have delivered you over to me. What have you done?” Jesus answered, “My kingdom is not of this world. If my kingdom were of this world, my servants would have been fighting, that I might not be delivered over to the Jews. But my kingdom is not from the world.” Then Pilate said to him, “So you are a king?” Jesus answered, “You say that I am a king. For this purpose I was born and for this purpose I have come into the world—to bear witness to the truth. Everyone who is of the truth listens to my voice” (John 18:33-37 ESV).

I listened and I bowed my head and prayed, “Advent is preceded by the Reign of Christ so that we remember what kind of King You are O Lord.”

There are more readings this day. But I am transfixed and unable to move. I begin to pray what I perceive in this reading and in this day:

“You are a King from another world at work in this world. ‘My Kingdom is not of this world…not from this world.’ Yes I hear You Lord. Yet nothing could be more apparent in the text than this: Your Kingdom has now entered this world and is bringing men and women before the bar of Your rule. A question is embedded, now, in all other rival kingdoms: ‘Will you pledge allegiance to the Kingdom of Jesus over all other kingdoms?’ Your Kingdom is now transforming this world. A New World is on its way. No, it is here. It is coming. It is on its way. It has always been. O Lord, what is time to Thee? The King who has always been a King, who was born for this, as He said to Pilot, has now come to subdue the kingdoms of nations and wayward and even broken hearts into a greater Kingdom of love and grace through repentance of sin, of alienation from the One True Kingdom, and to faithfully follow this King of Kings, Jesus Christ.

You are a King of the Jews, the people of Promise from whom would come forth the Savior of the World, but you are also the King of Pilot. You rule in sovereignty and even Your adversaries, or the disinterested like Pilot, must yield to You. Indeed, their resistance or their denial or their indifference will become a catalyst to further Your Kingdom.

You are a King whose court, whose tribunal, whose rule and reign, are established in peculiar ways. The sword that would touch Your shoulders in that regal way in which men are made rulers is present. Yet the One who crowns You is Your Father using Your enemies. There is no kneeling of a young Prince in front of an older King to inherit the Kingdom. Instead, the sword of coronation pierces your side. Your own blood now testifies to Your Lordship and convicts me of my sin which caused it. Your crown is the crown of thorns placed, no thrust, pressed down in anger and hatred and with the most brutal sarcasm, so that you are blinded by the blood of Your punctured and lacerated brow. The crown is not golden, filled with diamonds and rubies, but twisted and as ruthless and wild as my own sin which places it there. I feel sick. I feel horrified. I feel unworthy. I feel I want to prostrate myself before the courts of this 190 year old church sanctuary and cry out, ‘I am the guilty one! Take it away! Take it away! This is no crown fit for Jesus!’ But I remain seated; transfixed by the reading, taken away in my own thoughts and prayers of the implications of this day.

We will soon sing Charles Wesley’s “Rejoice, the Lord is King.” A benediction will lead to a conclusion of a service on this day that I mistook for the first Sunday in Advent.

“But I know better now. And I am grateful for the correction the Lord made in my soul. You came to be a King and all of the glitter and beauty of Advent begins with the reality of your cross and Your crown and Your blood shed for me and all of those sinners who will cast themselves before You as King of Kings and Lord of Lords. Now we can move on to Advent.”

We opened the church door. The icy winds of Lake Eerie blasted our faces as the Cleveland Browns prepared to do battle with the Pittsburg Steelers. The fans and their loyal outfits were ubiquitous. As I wrapped a scratchy muffler around my neck, and grabbed the arms of my wife and son, huddling together against the wind, we descended the steps of that church where God met with us, and we walked away into the city center filled with Christmas decorations. But we were just visitors. We were just visitors.