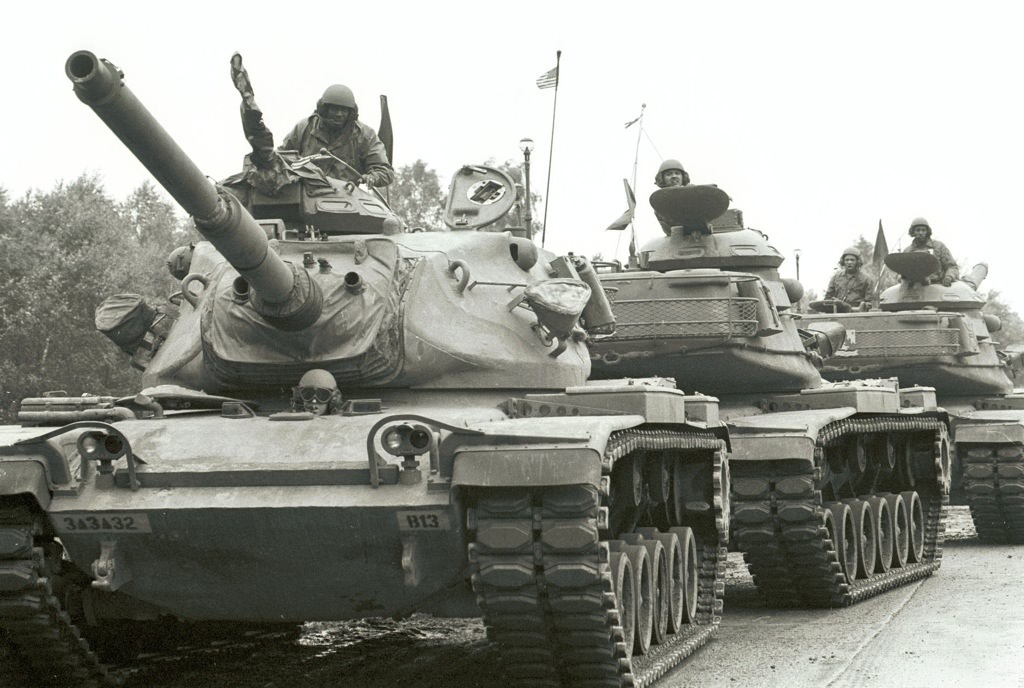 Those members of the armed services who risked their lives, sacrificed their years, and gave their gifts and offered their education to defend our nation against one of the most menacing enemies of liberty in the annals of human history, namely the Soviet Union, its subjugated, captive peoples and its many diabolical tentacles of that now infamous “evil empire,” earned America‘s everlasting gratitude. It is now time to codify that gratitude in the Congressional authorization of a campaign citation.

This “Cold War” from 1945 until 1990 (with the conflicts in Korea and Vietnam being recognized) was a military campaign which may have been blurred by the absence of legislative declarations, and thus, regrettably lacking a category for official recognition (that carries such indignities as inability to even be recognized by The American Legion). However, those engaged in the armed defense of our nation during this critical period of American history and American military history know the truth: not only that we lost colleagues at the hands of an enemy that stalked our nation, but we were constantly reminded by our superiors that we were one mistake, one international incident away, from a thermo-nuclear war. One never forgets that kind of warning from one’s military superiors. It would never occur to those of us receiving such a command that we were at peace. The “war ” was real for Army and Marine Corps armored personnel on the border of the Iron Curtain East Germany, or the Navy submariner conducting 24/7 electronic warfare operations in the North Sea with enemy sub just yards away, or Coast Guardsmen monitoring the espionage ops of a Soviet “trawler” off of the coast of Alaska, or those stalwart Air Force pilots like Jimmy Stewart, who commemorated the daily, demanding courage of protecting our air space against the ever-present dangers of the Communist aggressor in the movie Stategic Air Command. But Jimmy Stewart and the thousands of anonymous but equally heroic airmen knew: this was not a movie set for a pretend conflict. Ask all of them. Ask any of them. Was the Cold War real?

In the current debate (“A Cold Shoulder for Cold War Vets [The Wall Street Journal, “Review,” November 10, 2012]) of whether our “Cold War” veterans should be honored by our nation as veterans in a period of conflict is not only good, but in my opinion, inevitable. For as young men (and women) who served and guarded America, Great Britain, Canada, and Western Europe (one could argue that even the Korean War and Vietnam War were but subdivisions of the larger conflict which ultimately was won by our military and our Allies under the leadership of Presidents Ronald Reagan, George H. W. Bush, and British Prime Minister Margaret Thatcher and others like Canadian Prime Minister Brian Mulroney) begin to retire or near retirement they begin to reflect. This is what older men do. And what they reflect upon is that there was once a war that was not called a war—except by those engaged in it.

It is time — past time in my opinion— for our nation to begin her reflection as well. It is time to move from reflection to action. it is time to honor these veterans with a Cold War campaign citation by the United States Congress. The authorization of this campaign citation will cost the nation little. Yet that great period of conflict between 1945-1990 cost those who served so much.

I, thus, as a citizen (and in no way speaking for Reformed Theological Seminary, the Presbyterian Church in America or any other group I am associated with or, for that matter, anyone else) endorse and would humbly promote those legislative initiatives before our Congress which authorize a campaign medal and ribbon for that period known in our history as the Cold War. I ask for your support out of the moral, Biblical ground of “showing honor unto whom honor is due” (fr. Romans. 13). I am a preacher. I am a chaplain. And I see a wrong that needs to be righted among millions of veterans whose service deserves official recognition by a grateful nation.

The war that wasn’t was. And those who served, and many who sacrificed their last measure of honor to defend this nation and this world from all-out nuclear war, now deserve to come out of the Cold and into the light.