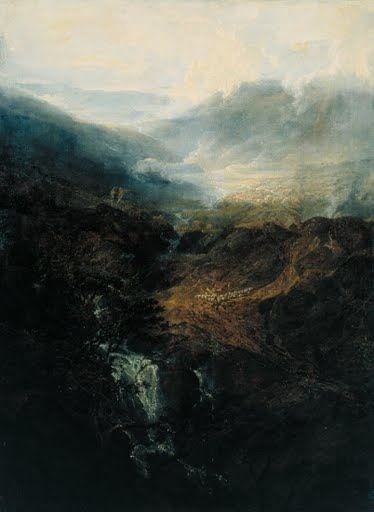 I read the passage this morning and then began to move from Psalms to the Old Testament reading, and then to the New Testament. I had other early morning planning items to consider after Scripture and prayer. But I could not. It was like bring frozen still on a bustling morning at a crowded Victoria Station, with a thousand workers and tourists rushing this way and that—very much like the bustling movement of thoughts in my mind—when suddenly you see a dear old friend through the swirling crowd. Everything, for you, at least, stops. You move through the gaggle of school girls, the bewildered families looking for their platform, and past the vendors selling chestnuts. You come before this one who has always been with you, but your last encounter seems distant. You embrace your old friend. The train departure time and platform number is no longer important. Your friend is before you and he is all that matters. This is a friend whose wisdom and faithfulness saved you from further ruin. He was there when you were in some dark days. In fact, he was a friend who even helped you to see how hard it was and that something had to be done. He walked with you from the darkness into the light. He actually guided you there. You could see hope like a golden shaft of morning sun for the first time. And now you are reunited with him.

So I was drawn to my Friend as I read Psalm 40:8 just now. I couldn’t move on, even to other passages. I remembered when my Friend showed me the way out. I remember when my Friend became “my help and my deliverer…” (PSalm 40:17).

There was a time in my life, the old Mike Milton’s life, that is, when I hated God’s law. It condemned me. I knew His law brought good, but I could never know that good for I could never know His law could be an act of love—His Holy Word at work in my life. I had tried to follow Him in His law and I had failed. So I chose a life of license while still revering the Bible. I had created a Jesus that could fit my predicament. That, of course, was a supreme if not common act of idolatry. Idolatry bred spiritual disease. My soul was darkened. The tumors caused by sin were metastasizing. I was, literally, sin-sick. I was running—no, crawling—in a kind of internal cave that had no entrance and no exit. The cave would be my tomb, I was sure of that. And I was nineteen years old.

Then my Friend appeared. He bid me cease my frantic and futile attempts to escape. He showed me that I had no inherent power to find my way out. My internal guidance system was there, but had been scrambled all the way back to my conception. Yet this Friend showed mercy in His diagnosis. His word of truth led me to admission of my helpless case and repentance and repudiation of self sufficiency. He lifted me, not just out of, but which still in my spiritual failures and intellectual exhaustion. I fell asleep as He carried me. So the way out of the darkened cave of my life was beyond my understanding. It was His own passage, His own work, His own salvation. I only slept once I fell asleep on his shoulder. All I knew then and all I know now is that the way out of the darkness and into the light was through Him.

Jesus Christ, the Friend of whom I speak, showed me grace. And as He carried me to the light I awoke. I saw. I saw the timeless cross stood behind Him. I saw that open tomb was before me. Standing as we were on a high, rocky place, at the exit of the cave where I once lived, I saw a pathway with many turns lay below us. It turned blue with distance. I couldn’t make out any details of the path. It was too far away. Yet He bid me to follow. And I began to walk. I delighted in His good Words to me for I knew that if that Word could lead me to life out of the death of my former tomb, that same Word from my Friend would lead me across the heath and the moors to the distant destination. Or was it distant? Depth and perception were not, are not, given to me. Only there is a path. There is a place where we are going. And I only knew that He would be there when I arrived. Everything was, by then, as it is now, about my Friend. He instructed me to help others to look to Him too. So I began the journey not knowing what I might encounter along the way, but knowing that my journey must be made by asking others to join me, and finding stranded, sometimes disoriented travelers along the pathway. Some were even in dark caves. I pointed them to my Friend. His wisdom and His way, and His Word—His law in which I now delighted for it showed me the way. Love and law were no longer incompatible but perfectly complimentary in Christ. There could be no start to the journey without His awakening grace and no map to follow without His law. After several encounters with going the wrong way, I knew the place of that law in my life. I understood the Psalmist’s words, “I desire to do you will, O my God; your law is within my heart” (NIV).

When God’s Grace gets into our souls, God’s law gets into our hearts, and God’s will gets into out lives, and joy and blessing flow like the river to the sea. Any human tampering with, neglecting of, or reconfiguring of this divine salvific sequence will end in legalism (“saved by the Law”) or license (“(no place for the Law”).

So, I rise from this time with my Friend. “It is not yet time,” He whispers. So I move. In an instant, I am pushed along with the crowds at Victoria Station. Yet I know the way, I have His Law. And I have a joyful desire to live His Word—His Law—for I have been saved by His grace.

I find my seat. The whistle blows. The train begins to move. Whatever happens today, I know the path is moving closer to seeing my Friend.