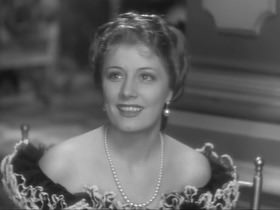 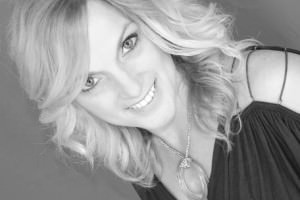 I have thought for some time about the pairing—bundling—of certain pieces of art. It happens when I watch a film, listen to music, or view a painting. Last night we enjoyed an extraordinarily moving film: “The Age of Innocence” (1934) with the incredibly versatile actress, Irene Dunne. The film, an adaptation of the Pulitzer Prize winning novel (1920) by Edith Wharton, is a lesser known film that deserves a fresh evaluation. The story is a melodramatic tale set in 1870s aristocratic Manhattan. John Boles plays an aging attorney who recalls a tragic lost love earlier in his life. Director Phillip Moeller used the device of character reflection to present an unforgettable tale of a divorcee, Ellen, who became through a most unhappy marriage, the Countess Olinska (Irene Dunne). She has left her abusive Polish husband in Europe to return to her NY family. Rejected by the social standards of her family she seeks a lawyer, Newland Archer (Boles) to help her in the final legal proceedings against the Count. The lawyer is engaged to May, Ellen’s cousin. A heartbreaking situation moves dramatically to an illicit affair, as the lawyer falls in love with the Countess. The viewer is as conflicted as the couple as he is drawn into the tragedy through the moving performance by Irene Dunne. We soon realize, despite our hope for a good resolution, that the love affair cannot be brought to marriage. The two characters are destined for tragedy. The ending is sad. The film is reminiscent of the powerful dramatic lost love stories that Dunne became famous for: “Penny Serenade,” “Love Affair,” and “When Tomorrow Never Comes.”

Alright. Lost love. A sad story. An old man reflecting on “the love that could never be.” Classic.

Switch on the iTunes. Dial up Rhonda Vincent. Get the live album. Download. Use ear phones on this one. Listen in undistracted focus. Begin the pairing experience.

Rhonda Vincent has been called a “leading lady of bluegrass.” I agree without hesitation. She defines this most American genre in the same way that Irene Dunne defined the consummate film actress of the classic era. Give a listen to her live album, “Ragin’ Live” (Rounder Records, 2005) and move to the 17th song ( a generous 21 songs recorded with the highest quality sound I have ever heard for a live album). “Ghost of a Chance” is a solid story-song that draws the listener in to the reflections of an old man and his long, lost love. Sound familiar? Rhonda Vincent’s singing is just plain sweet to listen to. And when she sings with a perfectly tear-jerking-heart-tugging string bed supporting the mellow and moody Bluegrass backing band, the story unfolds with lyrical poignancy and musical passion. The opening lines move across your mind and you just can’t help but think of “The Age of Innocence:”

He hears her voice as she enters the room
She offers her soft hand to him in the light of the moon
He holds her close, they sway to the tune
For a while he is lost in the dance with a ghost of a chance”

Yep. She is the best. And so was Dunne.

Well, there is my first offering to you of a pairing. Rhonda Vincent and Irene Dunne. Unlikely? I don’t think so. One story. Sad. Sweet. Tragic. Great art and magnificent artists. Ages apart, they are paired by a haunting tale played with unsurpassed talent. What a pair. What a pairing.

My theological reflection is just this: look for the themes in living. Watch for the surprising wonder that escapes so many. Enjoy the gifts that are right before you but slip away unnoticed. Look for the links in life. Discover the surprising strands of the Plan of God, the scarlet thread of redemption, the Christ of the Old Testament, and the ancient promises in Mary’s Magnificat. It is there. One need not have blue tooth to pair devices—just imagination and a joyful curiosity to discover.

There are so many pairings to be discovered. Next? John Constable and Gerald Finzi.