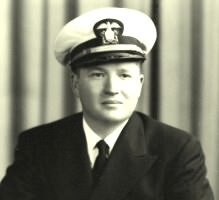 From the RTS Communications Office: Dr. Milton wrote this in honor of The Rev. Sam Patterson, founder of RTS, as he reflected on the inaugural events. A framed copy has been provided to Sam’s daughter in his honor.

A Message from 1 Samuel 3:6 Dedicated to the Memory and Christian Service of the Founder of RTS: The Reverend Samuel Patterson

And the Lord called again, “Samuel!” and Samuel arose and went to Eli and said, “Here I am, for you called me.” But he said, “I did not call, my son; lie down again.” Now Samuel did not yet know the Lord, and the word of the Lord had not yet been revealed to him.

Sam Patterson was in his second year of seminary. He was seeking to prepare for ministry. But he did not know God. Therefore, he could not truly hear God. Like Samuel, there was a divine drawing towards God. Yet before he could hear a call to ministry he had to have a call to know God by faith.

As I look towards being installed this Friday to follow Sam in his office and in the seminary he envisioned I am thankful that Sam heard the God who revealed Himself through Christ.

Sam was saved in a seminary. Imagine that. No, really—imagine that. We must remain committed to seeing RTS as a response to God’s Word existing to call others with God’s Word, so that some will hear, some will be saved, so that many will be gathered together safe in the arms of Jesus when He comes again.

When Samuel—and Sam—heard God’s call countless others would hear God’s call as well.

And is that Voice now calling you?