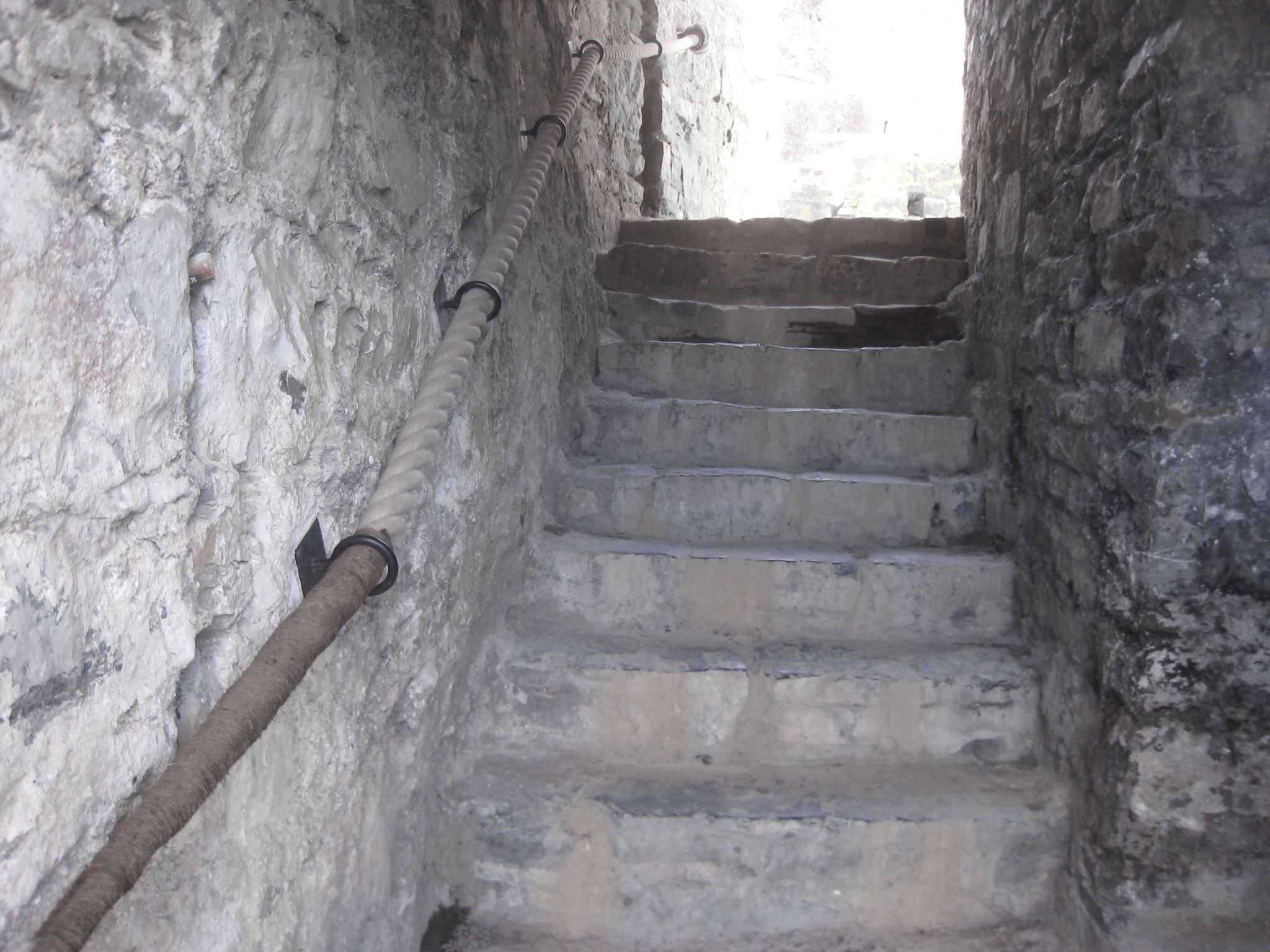 I was awakened today by the news that an Iranian pastor, The Reverend Youcef Nadarkhani, held in captivity for simply being a Christian pastor, and therefore destined for imprisonment if not execution, has now been released.[1] Praise God.

We do not know what reason compelled the mad dictator of Iran to free the pastor. Or do we?

There were voices of the American State Department, the British Foreign Office,[2] Christian Solidarity Worldwide (CSW) and the American Jewish Committee among others who did not keep silent over this atrocity.[3] I believe that this pastor was liberated by the prayers of the saints from all over the world, moved by the Holy Spirit, acting in obedience, and being used of God to glorify Himself and build His Body. As I am writing a book called Silent No More, this case, with such a happy ending (thus far as I write)[4] is a perfect example of how the voices of the people, in public, as so many preached against this crime, as well as in private, as even more prayed for righteousness and mercy, joined together in a chorus of prophetic witness. They were not silent. As a result destiny was changed. A river of blood was transformed into a stream of hope. But I was not there. I was not present, as it were, at the revolution. I did not write about the plight of this pastor. I did not preach, specifically, to call our people to speak. I cannot recall spending extended periods of time praying, though I joined in as a pastor led in prayer for the man from the pulpit. So I am a living example of what it means to sit on the sideline as others fight the fight. I am an example of what it means to be silent. And this pastor’s fresh freedom brings rejoicing to my soul, but fear to my heart. “Let not many of you become teachers for you shall receive the stricter judgment,”[5] wrote James. And I feel the brunt of that hard saying in my soul as I write. I was also drawn this morning to a passage that is before me like never before:

“When the Son of Man comes in his glory, and all the angels with him, then he will sit on his glorious throne. Before him will be gathered all the nations, and he will separate people one from another as a shepherd separates the sheep from the goats. And he will place the sheep on his right, but the goats on the left. Then the King will say to those on his right, ‘Come, you who are blessed by my Father, inherit the kingdom prepared for you from the foundation of the world. For I was hungry and you gave me food, I was thirsty and you gave me drink, I was a stranger and you welcomed me, I was naked and you clothed me, I was sick and you visited me, I was in prison and you came to me.’ Then the righteous will answer him, saying, ‘Lord, when did we see you hungry and feed you, or thirsty and give you drink? And when did we see you a stranger and welcome you, or naked and clothe you? And when did we see you sick or in prison and visit you?’ And the King will answer them, ‘Truly, I say to you, as you did it to one of the least of these my brothers, you did it to me.’

“Then he will say to those on his left, ‘Depart from me, you cursed, into the eternal fire prepared for the devil and his angels. For I was hungry and you gave me no food, I was thirsty and you gave me no drink, I was a stranger and you did not welcome me, naked and you did not clothe me, sick and in prison and you did not visit me.’ Then they also will answer, saying, ‘Lord, when did we see you hungry or thirsty or a stranger or naked or sick or in prison, and did not minister to you?’ Then he will answer them, saying, ‘Truly, I say to you, as you did not do it to one of the least of these, you did not do it to me.’ And these will go away into eternal punishment, but the righteous into eternal life” (Matthew 25:31-46 ESV).

The context of this teaching of Jesus is not about feeding the homeless, though there is application that can be made for that in comparing Scripture to Scripture. The context is the witness of faithful men and women of God who gave their all to speak up for the Gospel of Jesus Christ and who suffered as a result. The focus of this indictment is on those who did not stand with them publicly and privately. The judgment that Jesus warns is coming is for those who do not recognize that in their courageous voices is the voice of Jesus Himself. Thus, for those who were too busy with others things than to give sustenance, comfort, and a ministry of presence, their true self is revealed and will be uncovered on the Day of Judgment. They will have shown themselves to be those who rejected Jesus Himself. John Stott’s commentary is the guide for those who confuse devotion to Christ and public, prophetic preaching:

“Our good works must be public so that our light shines; our religious devotions must be secret lest we boast about them.”[6]

It is time to be silent no more and I say that to myself first.

To ignore the plight of those who are suffering today because of their witness for Jesus Christ is to incur the wrath of God. To hear of those who suffer for preaching the Gospel and not even pause to pray, not even care to mention the crisis in a sermon, is not only to become isolated from those who need us most, it is to isolate one’s self from Jesus. He is present in the preaching and in the ministry of those who will not be quiet. He is present with the Iranian pastor who refuses to bend the knee to the corrupt State of the Islamic Republic of Iran. Jesus shines upon the very soul of this pastor and those believers who are following Jesus in such harsh circumstances. As I sip on my Starbucks and write, others long for a drop of water on their parched tongue and sing praise in prison. They have given their last ounce of strength in witnessing to the cause of Christ in the presence of the Hell-born idols of this age as I have given little.

Joel C. Rosenberg wrote of the Iranian tyranny and its war on Christians,

“The rise of Mahmoud Ahmadinejad led to a dramatic acceleration of government-directed persecution of Iranian Christians—particularly pastors, many of whom have been arrested, interrogated, beaten, and even worse. ‘An Iranian convert to Christianity was kidnapped last week from his home in northeastern Iran and stabbed to death, his bleeding body thrown in front of his home a few hours later.”[7]

Rosenberg wrote that this reign of terror against believers is the outcome of the evil policy of the dictator who declared, “I will stop Christianity in this country.”[8]

I am ashamed. I am ashamed of myself. I ask God to forgive me. I pray He will cause me to be lifted above the damning indifference of my soul. I ask that the warning from Matthew 25:1-146 bores a hole into my very soul, and injects a new conviction of standing with those who cannot stand on their own, those who need me to welcome them, clothe them, visit them, pray for them. I do not want to be silent any longer. I am guilty of silence. I pray for a voice born out of love for Thee, O Christ, and Thy people, my brothers and sisters. Lord have mercy. Christ have mercy. I join in this good, old prayer for those who suffer and I would make it mine today as an act of reaffirmation:

“Let us pray for all who suffer and are afflicted in body or in mind;
For the hungry and the homeless, the destitute and the oppressed
For the sick, the wounded, and the crippled
For those in loneliness, fear, and anguish
For those who face temptation, doubt, and despair
For the sorrowful and bereaved
For prisoners and captives, and those in mortal danger
That God in His mercy will comfort and relieve them, and grant them the knowledge of His love, and stir up in us the will and patience to minister to their needs.”[9]

Lord, hear my prayer. Open thou my lips.

[7] Rosenberg, Joel C. Inside the Revolution: How the Followers of Jihad, Jefferson, and Jesus are Battling to Dominate the Middle East and Transform the World. Tyndale House Pub, 2011, 386.

[8] Rosenberg, Joel C. Inside the Revolution: How the Followers of Jihad, Jefferson, and Jesus are Battling to Dominate the Middle East and Transform the World. Tyndale House Pub, 2011.