There is a village in Great Britain, in the principality of Wales, that is called Ilston. A quaint village, Ilston’s origins go back to distant and misty days in Britain’s past, when Romans chased the British people up the sunny hills and through the deep, green valleys to Pembrokeshire and the land of St. David. This rural village, just a turn in a very narrow pathway which is ill suited to be called a “roadway,” is situated on a idyllic, fast running, cold and clear river, Willie Nilly, whose twists and turns have not only become a phrase to describe the twists and turns of life, but has a beauty about it that belies the saying. Across the road from the river, past the little houses, there is an ascending hillside where sheep are scattered like white spots on a green tablecloth, and the rush of the Willy Nilly mingles with their soul calming bleats. Ilston lies near a forest where The Reverend John Miles (or Myles) arose out of the Civil War days and planted a nonconformist Puritan church, Baptist in denomination, in the 17th century before going to the New World. There Miles planted not only a new church, but as was so frequent in church planters, planted a community he named, of course, Swansea, MA (now in Rhode Island). The Welsh village of Ilston lies on that famous Gower peninsula, situated between Rhosilli and Worms-head on the coast and the marina city of Swansea. There are several small villages, like it, nearby, such as Lunnon. It is to our family a most wonderous place. For here, in Ilston, was a bungalo owned by a pastor who made a deal with me. I was studying for the PhD at the University of Wales in Lampeter (my supervisor being Dr Noel Gibbard at what is now the Welsh Evangelical School of Theology). I would always come through the Gower area because of close friends there. The pastor of Bethel Reformed Congregation, a most kind and godly man and man to whom I still look with great respect, though now retired, allowed our family to stay at the bungalo if I would preach for him while there. So we have many fond memories of Ilston as we do of the Bethel Church in Gorseinon (where both Martin Lloyd-Jones and Billy Graham preached at one time or another). There I dreamed of preparing to minister the Word of God. There we dreamed of following Christ wherever He would lead. I say that we dreamed, but I cannot say where dreams began and prayer started for they are in mind one, as I walk across Ilston now.

There in that place, before John Michael was born, we took Amy with us, on at least one occasion. Mae told me that Amy, now a godly young wife and mom, has such fond memories of Ilston. She remembers quilts piled on as we awoke to hear the lambs and the brook in the turn in the road. We all remember the dear place with our senses—like the old antiques which were stored there and which smelled of “A Sunday afternoon” as Dylan Thomas might have put it. It seemed to be a rather primitive setting to us (no television, radio, or anything else to give background noise—just lambs and a river rushing by). We all remember glass bottles of milk from the local dairy down the lane being delivered at our front door, cool enough to keep it through most days when we were there, and thick enough with cream to stop the heart of a long distance runner. There was no refrigerator. We talked in those days. We had friends over and we prayed together before the services. We took walks through the rural pathways, careful to avoid the brambles which stung me once, and found monuments in the wood to this church or that person. Ilston was not only a sacred vicarage but an enchanted forest right out of a fairy tale. Our visit did not alter either perception. Ancient stones marking some border remained untouched. I returned often to Ilston in my five years of study at the University and in preaching at the church. I always loved the time of quiet, a solitude that was not lonely in nature but just silent as the snow on Mumbles Road, and as inviting as the empty Anglican church down the little lane when no one was there but God and our family, conducting a Vespers service for anyone who would come. And no one ever did. In that place we tended a little garden that the owner had planted. We dead-headed roses, and removed weeds, all an act of gratitude to the kindness of the pastor and the congregation. I prepared sermons there. Occasionally I would even work on the research I was conducting. Sometimes the pastor would come, on a Sunday afternoon, to inquire of my message, and to review it with me. He invariably offered a view of the passage or an application that found its way into the manuscript for that night.

We returned to Ilston on our recent holiday abroad. And it was as if our hearts were re-calibrated to the vision of those days: to give ourselves to learning, and study, and preparation for a Gospel ministry future that could not, should not, be trajected, but followed—like a wooded pathway in Ilston, past the rush of the brook and the bleating of the lambs and on to the place where dreams come true. 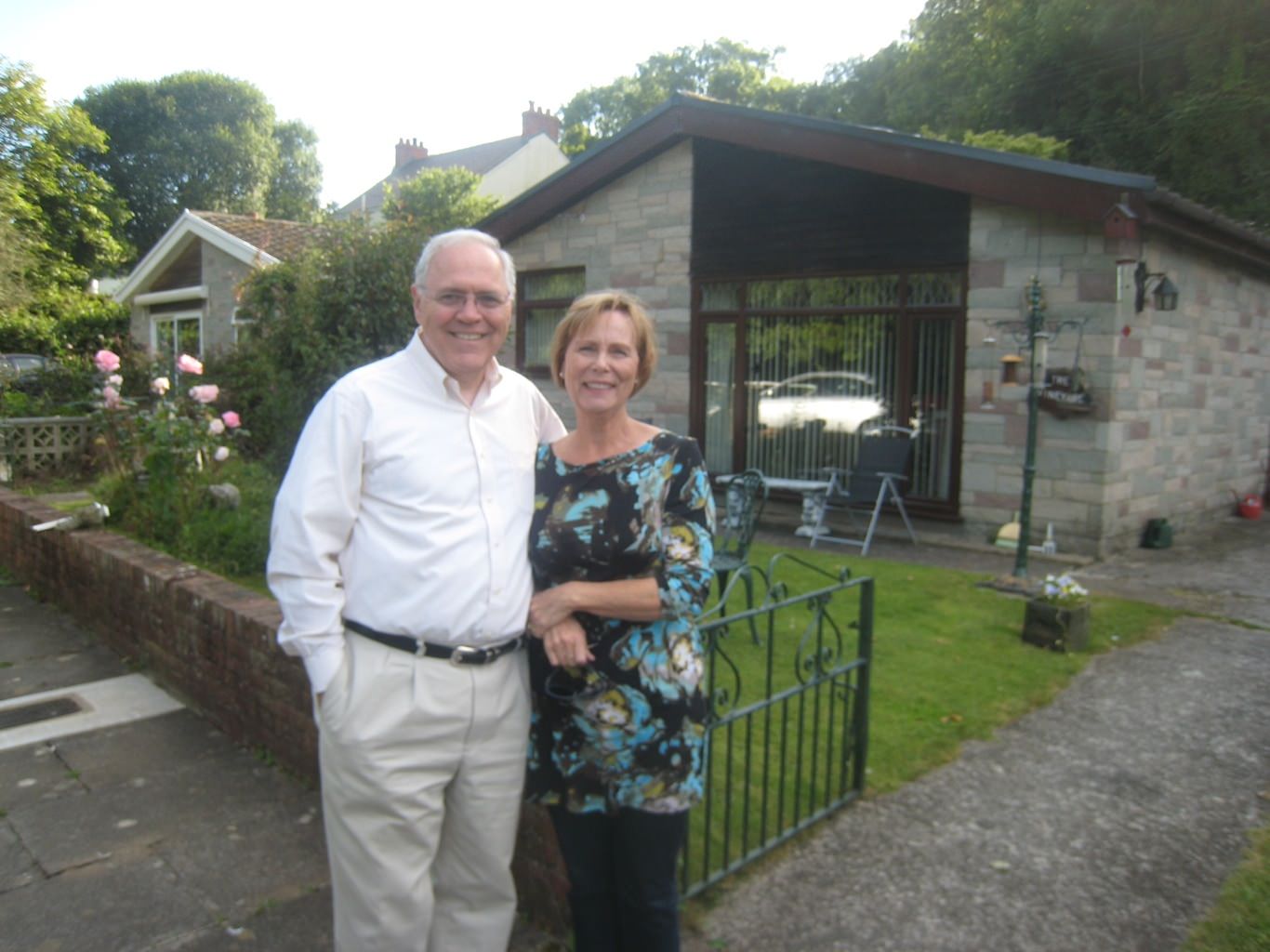