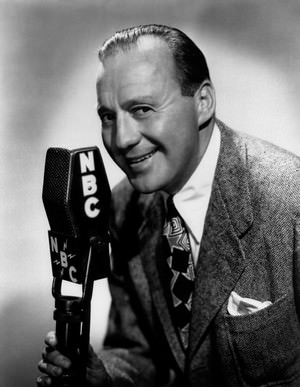 It turns out that the Bible was right again.

“A joyful heart is good medicine, but a crushed spirit dries up the bones” (Proverbs 17:22 ESV)).

According to the latest neuroscientists, laughter is actually good for your brain. So is music. And when the laughter and music is accompanied by someone you love, like your parents, or even your old Ford truck, or Beaver Creek, where I used to catch some really fine, low life mud cats as a boy, you get not only a good dose of feel-good dopamine, but that catecholamine etches permeant grooves in your gray matter. The reason you get a lump in your throat upon listening to Fogelberg’s “Longer” is not because of the beauty of the song (not one of his best, in my Fogelberg fan opinion, but chemically memorable) or that it was played at your cousin, Ruth’s, wedding in Longview, Texas, where you ate too much pineapple and cream cheese  wedding cake, but because when you heard it you were in love with the woman you married. What she calls “our song,” and others call “nostalgia” is really just a chemical overdose. If you fall in love, listen to music, and then have a really good laugh (listening to Dan Fogelberg as you ask your girl to marry you, while keeping an eye on the Three Stooges on TV) then you get a really good jolt. Have an emotional encounter with the new paint job on your restored 1958 Ford truck as you laugh, propose, and listen to music and you just pretty much blow your mind. Now we know!

Which leads me to my son.

I am concerned for him. My Eagle Scout boy (yep, I am proud) just graduated from high school. He made an Early Decision app for Grove City College, always his first choice, and the Lord blessed. He can’ wait to go and we are happy for him. But we are worried with this new journey. You see, our son cut his teeth on laughing at classic, golden age television shows like Jack Benny, My Three Sons, Burns and Allen, and watching movies like “Theodore Goes Wild” with Irene Dunne, and “A Night at the Opera” with the Marx Brothers. The kid could host a TMC night of old films with aplomb. As a family we have spent 18 years with him bent over in laughter at Bob Hope in “Road to Morocco” or, and this was not supposed to be funny, watching the old Flash Gordon, which I thought was science fiction at its finest when I was a lad. He laughed a lot at that. And then refused to ever see it again. Well, anyway you get the point. He has been raised on pregnant pauses by Benny and that funny all-American, Western Pennsylvania stutter of Jimmy Stewart. On top of that, I have already admitted that I listen to Dan Fogelberg but I really like good Neil Young stuff too.  My boy knows everything from “Old King” (about Neil Young’s dog that died) and “Long May You Run” (about his truck that also died; a lot of things die with Neil Young). The boy knows Neil Young. The boy can also imitate Jack Benny’s signature arms crossing, head-turning, perfect timing before delivering the punch line that we are dying for. The man-child also has been blessed with many good times of family joy and I have had my share of good dopamine rushes because of him. I am proud of him and so thankful that he will get to the blessings of going to Grove City College. But I gotta tell you. I will miss him. I will miss him on those early fall mornings getting ready for school as he marched around the house in his pajamas, playing Polka music on the accordion, and then listening to the life of Mozart as I drove him to school. And, of course, listening to (for my benefit but his etched in his cerebellum nevertheless) Neil Young, and old time classics, like, well you know, Jack Benny, on XM Radio. My concern? The child has enjoyed a lot of catecholamine firings. He has had more laughter, music, joyful family experiences and positive emotion etched into his brain than pressed copies of a best selling vinyl album like, well, say, “Harvest” by, ugh, Neil Young.

Here is my concern. It is a harsh world out there. This brave new world is not filled with Jackie Gleason re runs anymore. Irene Dunne is not known too much beyond my house (and St. John’s Hospital in Santa Monica where there is a statue of her, or in Madison, Indiana, her hometown). Even though my son earned the Jimmy Stewart Award for Good Citizenship and wears his badge proudly next to his Eagle and American Legion Award (yep, I am proud), not too many opportunities come up to hang out and talk Jimmy Stewart movies with your buds. So here is my nightmare: my son will be dopamine challenged because of the lack of good, quality classic comedies and soaring vocals of that magnificent “Home Free” album which loops in our house like a Chicago train (speaking of which he knows a whole bunch of Chicago) or Neil Young singing “Don’t Let it Bring You Down” (another happy Neil Young song). In fact, what others his age will call nostalgia as they click through retro Super Mario or flip through dog eared Pokémon cards to get the serotonin moving on those lonely Sunday afternoons in the dorm, my son might call “missing in action.” You see, they will get their happy chemicals because the world will always love Super Mario. It will be available to create involuntary sensations. But my son? He will be wandering the fraternity house looking for any glimpse of Groucho or any hint of Alfred Hitchcock’s voice. He will be muttering to himself, “Your money or your life” and he will answer his own line, “Well, can I at least think about it?” No one will laugh for no one knows. Ridicule will give him, at least, some firing of some kind of chemical. But no dopamine for my boy, not as long as the world prefers “Property Virgins” on HGTV to “The Honeymooners” or “The Bob Newhart Show.” He faces a lonely landscape and an empty chemical existence. I will send him old Eight Track Tapes of CSNY’s “Four Way Street” but where will he play it? My hope is in iTunes, of course—not just the musical downloads but the movies too. We got him a new iPad 2 for college. I figure it is as close to a syringe as possible to get the needed chemicals into his brain when he is feeling blue.

Thank God for our memories. God really did it good when He made laugher and love and music soothe our souls and literally heal our minds. You see, Son, when I would tell you, “Make good memories,” there was really something to it!

What a gift. But even if there are no reruns of Jack Benny at Grove City, he will have his imitation of the the tight-wad of Waukegan. And he can whine out a Neil Young song himself if he has to, remembering his old man playing “Old Man” on a Martin. He can croon like Bing. I will pray that the etchings were so deep in his mind, from the good cooking of his mom (serotonin), and the laugher and prayer and times together, that enough dopamine remains in those blessed etchings, running deep and long in his brain canal tributaries, like the Buffalo River where we once rafted as a family.

I am not sure if it is nostalgia or depleted serotonin but I am getting a little teary eyed. Or is that a Neil Young song still looping in there somewhere, like a scratchy LP stuck on the same note of “My Boy” long after the party is over?