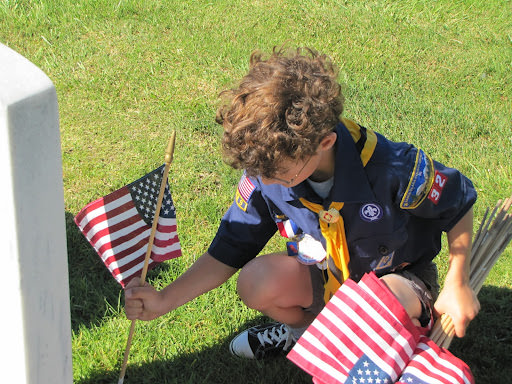 I have saluted it as it passed by at my son’s recent Eagle Scout Court of Honor. I have, with greatest care and respect, presented it to widows of veterans at memorial services. I have preached and pointed to it as it as an illustration of the Gospel as it was draped over the casket of a fallen hero at Arlington National Cemetery. As a chaplain in the United States Army Reserve I wear it on my uniform, with deep honor and a sense of unworthiness. I have pledged allegiance to it, like millions of Americans, since I could talk and place my hand over my heart. I have wept as I saw her lifted and flying free when I served my nation as a U.S. Army officer on foreign soil. As a pastor, seeking to honor those to whom honor is due, I have preached Christ for many years as a pastor in sanctuaries decorated with both the Christian flag and this symbol. Like all symbols, it is more than colored cloth. It represents the blood of fallen heroes, the virtue of godly mothers, and the valor of millions of ordinary men and women in 50 sovereign states joined together as one people. This nation, symbolized so beautifully and dramatically in the red, white and blue, is exceptional because she is the only nation in history that is formed of Peoples from other nations. She began out of the covenant made with God by those not from here. She also represents, with due honor, those who migrated here from Asia many years before. The United States of America is a nation made up of nations. Our national identity is “out of many one.” And the vow I have taken as an officer in the United States military is to protect and defend, not a king or queen or president or a piece of ground, but an idea. That idea is the Constitution of the United States. For all of those reasons and so many more, like the beauty that God has bestowed upon this land, and the rich history of men and women who have made this country truly a nation under God, I offer one more salute this year on Flag Day — a most overlooked but a most significant day about an emblem that matters. If we as believers know anything, we know that God has shown us that signs and symbols really matter.