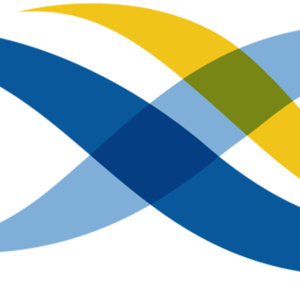 I am representing the American ministerial education ministry, with Dr. Don Sweeting, our RTS Orlando president,and with my other 30 European pastor-scholars. We are a minority group to the “Majority Church” pastoral educators from Asia, Africa, the Pacific Islands, the Middle East, Latin America and the Caribbean. These church and seminary leaders have come together for this Global Theological Education in the 21st Century to learn how to work together to bring Christ to the ends of the earth.

I am the minority. So I came to listen. I will preach on Thursday, but other than that, I just want to listen and learn.

While Dr. Timothy Tennent, the President of Asbury Seminary, delivered a very thoughtful and insightful keynote address, I learned a lot from the believers around my table. Let me focus on just one thought that I am praying about tonight. It is a question, “How important is Biblical and Vocational Training for pastors? Is it antiquated? Impractical?” Listen to this.

A Middle East Presbyterian, whose work is essentially equivalent to a theological inspector, makes his rounds throughout the Islamic nations (which shall remain cloaked in this article) to make sure that the seminaries are doing their work according to a Biblical and Orthodox standard. I asked him where his favorite seminary was. The answer he gave stunned me. It was in a country that we would never imagine. It was in a nation where, if that seminary were known, it would be raided and the pastors and professors and seminarians and their families killed. This man, who speaks their language, is able to get in and get under the radar. He told me, “I am always inspired by their courage.” I could hardly swallow at their courage. “Me too.” I sounded stupid. He went on to say that the Church in that Middle Eastern nation is growing. But the congregations there, the underground Church, require that their pastors be grounded in God’s Word and in a very robust theological and Biblical program of three year study before they are ordained (in secret) and begin to serve (bi-vocationally) as the pastor of a congregation. Talk of their  lofty expectations for pastoral training in the midst of persecution was related to me as simply a matter of practical, Biblical logic. He spoke words to this effect: “But the people want the Word of God preached with wisdom and clarity. They want their ministers to have experienced a deep study of the Gospel of Jesus Christ under others who are top scholars in their fields and who have broad experience as pastors. They need to know theology and church history and how to lead in evangelism and how to defend the faith. They also study how to operate in a covert way. It is more important than ever. There can be no compromise.”

Now I am beginning to understand why we may be the minority Church on earth. Until our commitment returns to standing for God at any cost, we will just have to listen. And pray.