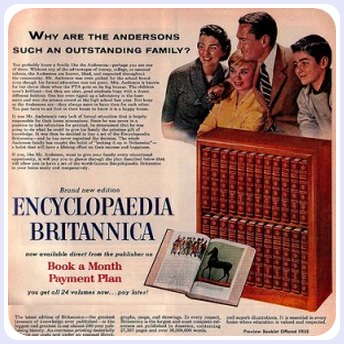 In the sepia tone years before the iBook and the iPhone, before Wall Street Journal went color, and before Al Gore invented the Internet; and when there were only two channels available to those privileged few who possessed a Zenith black and white television set; in those Polaroid-instant-black-and-white-camera days when refrigerators were called “iceboxes,” and when there were choices with “Ma Bell” for either “eight-party-lines” or “four-party-lines” or “two-party-lines (reserved for those who had “real” jobs at gravel pits and sawmills and not those Piney woods paupers, like ourselves, who subsisted on selling purple and white turnips cultivated by hand plow in a borrowed, brown-earth field [but whose extra-large AA brown eggs from the finest Barred Rock hens in Livingston Parish made us feel most rich, indeed]); yes, in those misty, old times when milk was delivered by milkmen in uniform (for we all had our parts to play) from local dairies (of “Guernsey gold”), not picked up at convenience stores (what could really be more convenient than having your milk delivered, anyhow?), and doctors’ offices were connected to the drug stores (owned by the doctor’s brother-in-law), and when there were old men and stories, and young boys, barefooted, sitting at the old men’s feet—a collection of muddy work-books and just-shined, tan, wing-tipped dress shoes—; and when ladies always wore hats to church, and men spit out Red Man tobacco before going into the sanctuary, there were, also, in those olden days,…books.

Let me tell you, child, about books. One could smell a book. I have tried to smell my iPad but I smell only the Starbucks Pike Place stains on the black-leather-iPad-cover, not a bad smell, mind you, but just not the same as the old-man-aroma of a well-worn volume. And among those books there was the encyclopedia—indeed, a set of encyclopedias.  In those days when I was a lad, encyclopedias were mystic portals that allowed a farm boy from the piney woods of Southeastern Louisiana to crawl through and see a world that he could not even conceive. There were all kinds of encyclopedias—World-book, which the school library had and which I detested for their lack of air of British aristocracy (which I held as the mark of superiority in encyclopedias), and Standard and other lesser specimens. No encyclopedia could even compete with the prestige of the Encyclopedia Britannica.

I talked to my son, who is now seventeen, about these things. He told me he understood completely. He told me that he has the same thrill in researching innovations in Medieval European medicine or the development of weaponry in Japan in the 18th Century. Of course, his research is on a computer. I give him his due. In so many ways, it is the same. Encyclopedia Britannica knew that and for that one reason they will, perhaps, survive the digital revolution. They will not become the Pennsylvania Railroad of the 21st century. But for one boy, now writing these lines, I will always be thankful for that one Encyclopedia salesman in the rural South, and for Aunt Eva who was smarter than us all and knew the value of truth and that all truth is, in fact, God’s truth.

Postscript: Years later, as a young pastor, working, simultaneously on a Ph.D. with the Theological faculty in Lampeter, Wales, the late Dr. James Montgomery Boice was in our home, preaching at our church plant. After finishing a light fare that my wife had prepared for him, the esteemed pastor of Tenth Presbyterian Church of Philadelphia inquired about the progress of those doctoral studies. After I gave him a response, he leaned in, looked me in the eye, and told me words that I will never forget. Indeed, the words he spoke come to me now, as I consider the right use of education, and as I teach and seek to prepare a new generation of pastors: “Mike, always remember that the pulpit is deserving of the finest scholarship that the Church has to offer. Children deserve their pastor to be a scholar, not for other scholars, but for them. The more truth of God’s Word, the more freedom. That is why we study.”

It is a strange thing to mix James Montgomery Boice with a tale of a traveling encyclopedia salesman and childhood memories, and then to think about children in church and preparing pastors in seminary. But that has been my life. Jesus’ words must be the last thought which covers this essay for they are the Word for me today:

And if that is all we had, we would have all we need.