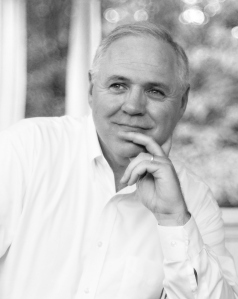 Charlotte, N.C. (January 7, 2011) – Leading up to the February release of his third CD, Through the Open Door, singer/songwriter and theologian Michael Milton is launching a new TV program, “Faith for Living.”

The new Bible study series, which explores the Christian response to suffering, begins airing this week on the NRB Network (Mondays, 0830 EST and Friday, 0630 EST, on Direct TV channel 378). “Faith for Living” can also be seen on Sky Angel (check local listings for times and channels) and online at FaithForLivingTV.com.

Audiences can also listen to the “Faith for Living” radio program, which originates in Milton’s home town of Charlotte, N.C. The broadcast is also available for listening 24/7 on www.accradio.com and on www.sermonaudio.com.

Milton, who earned his doctorate degree in theology from The University of Wales and holds multiple degrees from such respected institutions as the Defense Language Institute, Knox Theological Seminary and MidAmerica Nazarene University, currently serves as the newly elected Chancellor/CEO of Reformed Theological Seminary. An ordained Presbyterian pastor, he also serves as Professor of Pastoral Theology for the seminary. Milton has penned 11 books, writes for numerous scholarly periodicals, and as an officer in the U.S. Army Reserve serves as an instructor at the U.S. Army Chaplain Center and School in Fort Jackson, S.C.

For more information on “Faith for Living,” visit FaithForLivingTV.com or nrbnetwork.tv.

For more information on Michael Milton and Through the Open Door, visit throughtheopendoor.org.

Reformed Theological Seminary was founded in 1966 and is now one of the largest seminaries in the United States with campuses in Atlanta, Charlotte, Washington D.C., Houston, Orlando, Jackson and Memphis, as well as international locations in Sao Paulo, Brazil and Jakarta, Indonesia and a virtual campus that offers an online Master of Arts degree. For more information on Reformed Theological Seminary, visit rts.edu.

For further information or to schedule an interview, contact: