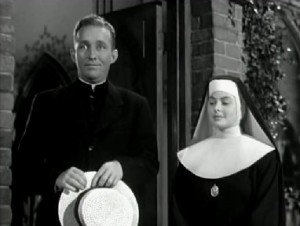 My wife and son are at the Junior Classical League of North Carolina, held each year at Wake Forest. John Michael is having a blast. He is in his element at writing Latin-related plays, then performing them, and today doing sight reading (I just learned that he won a Gold Medal last night for writing “modern myth.” I am so very proud of him). So I am praying for him and all of the others, that they may do their best and as unto the Lord. But, alone here, I am thinking of many other things. As I went to bed last night, I decided to read poetry. I am reading through Poems for Patriarchs: The Verse and Prose of Christian Manhood[1]. I was so moved as I came across a quaint old poem, early 20th century, “The Land of Beginning Again.” Coming upon this particular poem was like a pleasant, serendipidous encounter at a book store (but in my bed!) with an old friend (careful with quoting this, please!). I have used this poem in several sermons across the years. It was good to settle down and read it for itself, not for homiletic employment necessarily, but pure personal soul enrichment, which is what a poem should do in my way of thinking. How wonderful my time was with this verse by Mrs. Connely.

Not all poems make it to the movies, but this one did. The poem started in a magazine, Harpers, and then made it to print in a collection of her works, with this most famous poem being the title of her 1921 book[2] (that I now happily own) When Bing Crosby sang the lyrical-musical version of this poem in “The Bells of St. Mary” (if you have never heard it, you owe yourself this listen) as Father Charles “Chuck” O’Malley, well, it was just the thing to quiet the hearts, if not for three minutes, of worried mothers and fathers, and young wives, over their men across the sea, mopping up a world war. The song (1945) with words and music by Grant Clarke and George Meyer[3] is based quite unmistably, if not unashamedly, on the poem. And it is as wonderfully heart-warming to listen to as it is to read, though some words have been changed and other lines added. But one can appreciate the heartbeat of the poem even in the adapted lyrics. And having “Father O’Malley” croon it out doesn’t hurt a bit. But here is the thing that got me: another poet had taken liberty with Louisa Fletcher’s little verse, just like the songwriters, and had added a few lines. I normally don’t appreciate such unpermitted collaaberation, but, again like the old Bing Crosby song, I didn’t mind at all. Irena Arnold added five new stanzas to adapt the poem to her own reflection on its beautiful message. I quote from one of them:

“There’s a wonderful place for the whole human race
Called “The Land of Beginning Again;”
Where the acts of the past, in forgiveness cast,
Rise no more, for God’s pardon we gain!
And the Savior we fine, who will always be kind
As the King of our hearts, He shall reign.
And though sin-sick and sad, we will always be glad,
In “The Land of Beginning Again.”[4]

The poem that started so long ago as a sentiment for the hope in the heart of every human being for a new life, a new beginning, became the hope of a nation in World War Two, and adpated to the message of the Gospel of Jesus Christ became an illustration in sermons, and finally, for me, alone in my bed, the sweet, quiet presence of Jesus Christ.

“I will restore Israel to his pasture, and  he shall feed on  Carmel and in  Bashan, and his desire shall be satisfied on the hills of Ephraim and in  Gilead” (Jeremiah 50.19).

[4] Poems for Patriarchs: The Verse and Prose of Christian Manhood, 52.