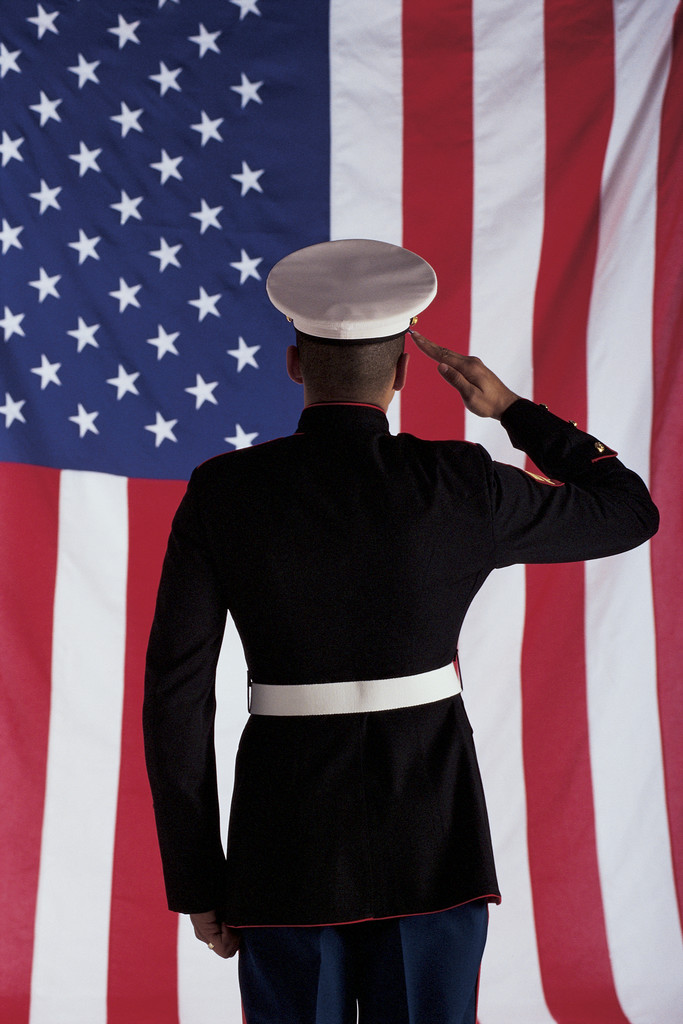 The Word of God tells us that we are to “show honor unto whom honor is due” (Romans 13:7). This is true not only for people, but several times in the Bible, God commands that “milestones” be erected in order to remember His faithfulness. This happened, for instance, when Joshua led the children of Israel across the Jordan and the Ark of the Covenant passed through the waters on dry ground. Stones of remembrance were ordered to be placed on the banks of the Jordan to remember. Jesus Christ commanded that the Old Testament sign of remembrance, the Passover, should continue, but continue now with the truth that He is the Lamb of God who was given for our deliverance from sin and hell. Clearly, in the Bible, signs are important. Symbols are necessary to help us remember. The signs are powerful, also, for they have a power invested in them that is capable of re-calibrating our lives back to the truth that set us free.

Thus it is with the flag of the United States of America. As the Revolutionary War was raging on June 14th, 1777, the Continental Congress authorized this sacred symbol to represent the blood, courage and purity that was being put forth to establish this nation. And so 233 years later, on this date, we remember that our founders knew what we all intuitively know: symbols are outward signs of inward truths. What is our “sign?” Our American flag. And what is the “inward truth” behind our flag?  It is the unwavering commitment to Liberty for all men at any cost. Indeed, under that sacred sign of our nation, our sons, and yes, now our daughters, have given their lives. From Bunker Hill to Kandahar, Americans have fought, bled, and died under the banner of that flag.

There is controversy in some areas about that flag. Some believe the freedoms offered by the inward sign of that outward symbol give them the “right” to desecrate her in the name of the liberty she signifies. Some seek to flaunt their freedom by raising another standard over her in our very land, and in the very schools which should be inculcating a new generation to venerate the honorable cause that this American symbol embodies. This kind of dereliction is similar to one desecrating or disregarding the Communion elements of the Christian Church which signify our salvation from sin through Jesus Christ. If the word “holy” means anything, if it means “set apart for a sacred use” or for a “special place of reverence” then surely civic holiness demands that right-thinking Americans decry the usurping of our flag, and surely protest the desecration of that sacred symbol of freedom.  Patriotism demands honor to our flag by her citizens. Human decency demands it of others.

Let us who are the beneficiaries of over two centuries of freedom thank Almighty God for the liberty signified by that red, white and blue; those fifty white stars set against the blue union of courage, representing our republic of fifty free states; those thirteen stripes signifying and honoring our thirteen colonies which first stood against regal tyranny and first rose to declare our inalienable rights and our independence as a new nation under God.

Today on Flag Day let us reflect with solemnity and civic pride that there has been and is today blood, purity, and courage of brave Americans behind the red, white, and blue.

Hurrah for the flag of the free.
May it wave as our standard forever
The gem of the land and the sea,
The banner of the right.
Let despots remember the day
When our fathers with might endeavor
Proclaimed as they marched to the fray,
That by their might and by their right
It waves forever. (John Philip Sousa, 1854-1932)

“Pay honor to whom honor is owed” wrote St. Paul. So let us do that today. Let us honor our very ensign of liberty. Remember, I say again, that our symbols are outward signs of inward truths that have stirred brave soldiers, sailors, guardsmen and airmen, ordinary citizens like farmers and businessmen and homemakers and teachers and ministers and mechanics, from sea to shining sea, from dawn to dusk as they labor to employ this freedom to make our lives better. Let us also in this day of cynicism over abusive and intrusive government, recall the myriad good long-serving employees of the U.S. Government, all of whom, from senators to postal clerks, who in their own way, give their all for freedom’s sake. Thank God for them. Thank God for the flag of the United States of America which waves free over them. If we forget, we are doomed. If we remember, then there are no dark days that can deny the light of liberty behind that flag that shall always shine again. Oh, may it be so.

Note: I salute a great American, Mr. Lee Anderson, an elder at First Presbyterian Church of Chattanooga, Tennessee, and a great newspaperman of the older and more nobler sort, who taught me to never let patriotic occasions go by without comment. He taught me that Christianity and American liberty are linked by that freedom which is the image of God in man. It is for this freedom that people risk their lives to come to America. So I thank you Lee. I read your column this morning in the Chattanooga Free Press and am only seeking to emulate you. You have been and are my hero. My ministry has been enriched by your life and witness. I dedicate this essay to you, Sir.
44.882751-93.212687