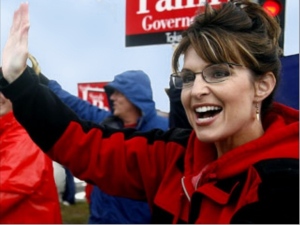 All sides agree: Governor Sarah Palin has been treated unfairly. But then again, this is politics. This is normal. This is the way we do it.

The presidential hopefuls vet (a word used for screening prospective running mates) their VP prospects, mix in personality and political instincts, and out comes the new running mate. Can anyone suppose that Senator John McCain did not vet Sarah Palin? Only the most partisan, cynical and fearful reporters could suggest that McCain, of all people, would have picked her on a whim.

The idea is laughable. She was vetted. She was carefully and fully vetted. In that vetting process they found out about things that might have been found in our lives: the everyday drama of life. They found a woman with principles, in this case the principle is abstinence, whose adolescent daughter couldn’t hold on to the principle. So she will marry. She will marry too young. All of the odds are against her. It will be hard enough being a teenage mother, but having the lens of the nation focused on her every move will make it harder.

The lesson is now being broadcast all over the nation: pre-marital relations are wrong and carry a stigma of wrongdoing, of crisis, of emotional and physical responsibilities that are reserved for marriage. Sarah and her husband have made that plain in their press release. This is not hypocrisy. This is life. This is life like you live and I live. This is life that is unruly and unpredictable. This is life that reminds us that our principles are not compromised by the failure of others, including our own children, but magnified in the presence of failure.

This is the life that McCain understands because it is how he has lived. I suspect that her life, unscripted, fully disclosed, and without excuse, drew him closer to her. No, this was not a quick, intuitive decision. Governor Palin was vetted.

Governor Palin is vindicated. She is vindicated by her faith that says we are all sinners in need of a Savior. The Savior that Sarah Palin has sought at her Assembly of God congregation in Alaska took her sin on the cross over 1900 years ago. He gave her life, new life, and life eternal. It is from His life that she has stood for life. It is out of her faith in this Son of an unwed mother that the Governor of Alaska stands for her daughter in her time of troubles.

It seems that the Man from Galilee has given her the gift of an opportunity to lead. Like Deborah in the Book of Judges, this woman governs and seeks to govern, with her running mate, at a time when we are oppressed from within and without, just as it was when God raised up Deborah in Judges 4. There in that time and place this unique woman stood up when a man named Barak (interestingly enough) would not. She told him that “the road on which you are going will not lead to your glory, for the LORD will sell Sisera (Israel’s enemy) into the hand of a woman” (Judges 4:9).

This little reflection is not a political piece. It is a Biblical reflection on our time. For we are in a time when we need to stand for life, a time when we need to face the enemies that seek to destroy life from within and from without. It is a time when, quite frankly, some of our men have not stood. If they will not, someone must. Maybe, like Deborah, it will be a woman who is already governing, already vetted if you will, by the very life she lives, and vindicated by the faith she professes and the children she loves.

Maybe, and I make no predictions in this, it will be Sarah Palin who assumes the chair of Deborah in our time. Maybe. But either way, she will be remembered as one who walked onto the stage of public affairs and made us think about our own lives, the inconsistencies, the triumphs, the trials, and the tragedies that make up life. If we were vetted, we would come up short. We would need something more, Someone more. We would need vindication. And that leads us and leaves us not with Deborah, but with the Gospel of Jesus Christ.

Jesus was vetted and found guiltless. He was crucified and found condemned. He was condemned for we are all vetted by the laws of God and found wanting. The Good News of the Gospel is this: all who know this, and look to Him by faith, will be vindicated by His life.

And this may be the greatest lesson that the life of Sarah Palin teaches us.