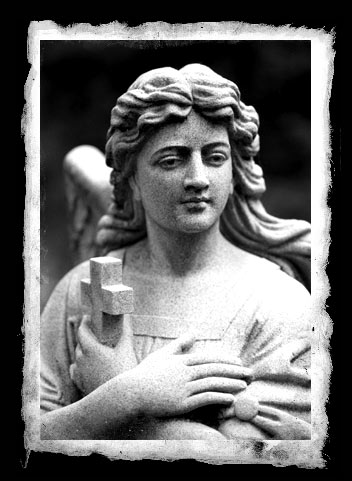 I say to you that many will come from the east and the west, and will take their places at the feast with Abraham, Isaac and Jacob in the kingdom of heaven. Matthew 8.11

O the joys of frequent traveler points. As a result of creative purchasing and downright economic gymnastics that rival Conrad Hilton and JW Marriott put together, I was able, during the past several years, to arrange purchases of everything from gasoline and eggplant to furniture and car repairs on a certain credit card (pay them off at the end of the month or it ruins the whole thing!). As a result, on our way to a house that was given to us for a few weeks of vacation time, I was able to stay two nights at the famed (for its prices, I think) Waldorf Astoria Hotel on Park Avenue. From this coveted position on Park Avenue, we were within striking distance to Broadway, Times Square, and my number destination: the birthplace of Theodore Roosevelt (I couldn’t understand why there were no lines there; I also got a parking ticket there because it said, “No Standing” which I took for “No Loitering” which would have obviously [to me] meant it was fine to park, but I was wrong and that is another story!). When not ambling about with the four million others, I was ensconced in this magnificent hotel. I grew up in a 100 year old cypress house hewn from logs in the Amite River, so this was something special for a poor boy like me. But here is the thing that really intrigued me: As I walked about, I came upon these massive shadow box displays of the celebrities who had stayed here or attended a party in the Grand Ba

llroom. Every political figure, Hollywood actress, international socialite, and sports star you can imagine had walked through the mahogany paneling from Honduras, beneath the breathtaking chandelier from Czechoslovakia, and pampered themselves over the imported Italian marble bathroom dressing tables. As I sat nursing a cup of Starbucks, I watched the people go by in the main reception area, where the great gold gilded clock sits center stage, one of the several oversize points of interest at the Waldorf. As I looked, I could almost see Clark Gable at the Concierge desk, or Lady Dianna moving through with her entourage of ladies and lords, or Douglas Fairbanks, Jr. tipping one of the bellmen (whose uniform are, still, reminiscent of a colonel in the army of a developing nation—a bit over the top—but at least demanding attention). Or maybe, if you listeded closely, you could hear Guy Lombardo and his orchestra playing a New Year’s Eve party in 1944, with soldiers and sailors enjoying a festive evening before being shipped out to far-flung battlefields of France and Germany. I could imagine the famous hotel manager, hired by Mr. William Waldorf Astor himself, George Boldt (who ruled over the Waldorf for so many years in the late nineteenth century), moving through the halls of the hotel with fastidious attention to every detail of the vast operation, his assistant by his side taking notes, “Has engineering checked on the water problem in the port side of the hotel? And you, my new florist,” who is also running next to him to keep up, “will the floral delivery be made today for Mrs. Astor tea? I don’t want excuses! We are not, Sir, in the floral business; we are in the hospitality business! Now get it done!” He turns to the assistant, “We have a really big party tonight for the Vanderbilts and this cannot be late!” Boldt pauses his quick step for the honor of a guest. “Oh, hello, Madam, we are so honored to have you here! Welcome and please let me know how I may make your stay a pleasant one!” Moving on briskly, “Get that ladder out of the way, O’ Malley! And I want a report in one hour on how we can host a reception for the Royal family and still get the Vanderbilt party the attention it needs! Answers! I want answers! What do you think this is? A regular hotel? Now get the ballroom carpet swept and do it now!”

In fact, on the last morning, I took a tour of the ballrooms and let my imagination run free. The grand staircase led me from ballroom to ballroom, and I imagined swing bands and big bands and 1950s bands and rock bands and disco bands and really bad bands and really great bands all playing their music, and so

phisticated gents and ladies dancing the night away. On my journey away from the ballrooms, I walked into one of the posh shops that line the halls of the Waldorf heading out to Park and 50th. I inquired (because I couldn’t figure out what else to say) about a particularly appealing 19th century French impressionistic painting. He told me that I could have it at a deal: only $8,500. I tried to conceal my blood pressure, and sort of mumbled, “Well, maybe another time…” But then I got real. “I guess it cost a pretty penny to rent space from the Waldorf.” The gentleman, late 70s, maybe, with a Mediterranean look, maybe Greek, told me, “No not really. I have had my lease here for 41 years.” Forty-one years! Wow!” I was impressed. “You have seen it all!” “Yes,” he reflected, “I have seen about everything and everyone you can imagine. They have all come here, from all over the world, right past my humble little shop, and some into my shop.” “Did any presidents come in?” I asked. “Everyone of them since Truman.” He said, “The only one I didn’t speak to was Ronald Reagan.” I gave a look of questioning with my eyebrows and he responded. “Oh, well, they whisked Reagan by here pretty fast that day. I would have loved to have spent time with him. But, you know, one out of—well, I spoke personally to the rest. Yes Sir, everyone o’ them.” I wanted to know more. “Who else?” “Well,” he leaned in, “ Mr. Conrad Hilton provided a suite for General Douglas MacArthur.

He lived here, for free, for all of his days. His widow died just six years ago. I knew them well. Good folks, the MacArthurs, good folks.” He talked about one of the most famous generals in history as if he were a fellow retired shop keeper he had known. We talked some more. I couldn’t keep up with the list of all of the rich and famous, the faded and infamous. But they had all come to this spot on Park Avenue, to Mr. Hilton’s crown jewel. And here I was. Mae reminded me that we were there on points only and that there was no way for us to be here otherwise. True enough. But the moment of thinking about all of the celebrities that came from around the world made me think about heaven. Yes, that’s right, heaven. Heaven will be, says Paul, a place where people will come from east and west, from all over the world, yea, they shall come from every tribe and tongue, and every age, to sit with Jesus in a place so wonderful it could never have even been conceived. Nothing in the Waldorf will compare to it. And the guest list? There will be a guest list like no other. There will be the drunk from southside Chicago who heard of Jesus from a street preacher (that some people laughed at and some Christians sneered at) and fell on the Savior as His only hope. There will be the farmer’s wife from rural Minnesota whose claim to fame at Mount Olivet Lutheran Church was her ice cream social on the last Sunday of the month where, like Mary at the feet of Jesus, she served the Body of Christ in the only way she knew how. Her joy in Jesus was sweeter than her rocky road. And there will be Ruth Graham. Yes, there will be people who are, in this life, called to fame for Christ’s sake just as there will be those who were anonymous as the farmer’s wife from Minnesota. And we already miss Ruth, but her works have gone before her. There will be St. Paul and St. Francis of Assisi. What did you, Paul, think of the arguments about what Paul really meant in his teaching in Romans? And did you, Francis, really talk to birds? We will hope

fully find out. Abraham, Isaac and Jacob, Bonhoeffer, the woman at the well, Wesley, the little girl that Jesus raised from the dead, Luther, Mathew and Mark and Luke and John and Peter and Jude and James, and the kind man whose name you can’t remember, who taught you Sunday School in third grade, and the Gadarene man of the tombs and the babies of the world who died in infancy will be there. And so many more.

What a guest list! And there will be my loved ones in the Lord and yours.

Come to think of it, this hotel isn’t that great after all. The world that is coming is so much more glorious and so much more interesting. And there will be no need for frequent user points. Jesus will have paid it all.